Vegan Children Some of the Healthiest in the World

The BBC is failing in its supposed role as a public service broadcaster, says the Vegetarian & Vegan Foundation (VVF), after giving widespread publicity to a seriously flawed, unscientific piece of propaganda claiming that vegan children risk damaging their health by excluding meat. The claim, made by Lindsay Allen of the US Agricultural Research Service, was given prominent billing by BBC News on-line and featured on the Jeremy Vine show and Ken Bruce shows on BBC Radio 2. It concerned Paul McCartney so much that he made a rare phone-in to the Jeremy Vine show. 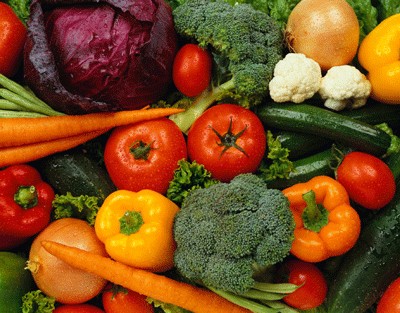 “One meaningless study on 544 malnourished children raised chiefly on a starchy, low-nutrition corn and bean diet has no relevance to children in the West” says Tony Wardle, Associate Director of the VVF. “Yet it commands major media coverage with almost no counterview, despite having been made by the organization which supports and promotes the mass factory farming of animals. This is not good journalism and it is extremely bad public service broadcasting.

“The VVF reports regularly on the growing volume of science showing the link between animal products and the collapsing health of our children and is largely ignored. Sensationalism is clearly more news-worthy than science. The truth is that meat, dairy are junk foods are destroying our children’s health. The facts are”:

‘Well-planned vegan and other types of vegetarian diets are appropriate for all stages of the lifecycle, including during pregnancy, lactation, infancy, childhood and adolescence. Appropriately planned vegetarian diets are healthful, nutritionally adequate and provide health benefits in the prevention and treatment of certain diseases.’ These ‘certain diseases’ are the killer epidemics of today – heart disease, strokes, cancers, diabetes etc.

This is the view of the world’s most prestigious health advisory body, the American Dietetic Association and Dietitians of Canada, after a review of world literature. It is backed up by the British Medical Association:

The World Health Organization thinks similarly: ‘Diets associated with increases in chronic diseases are those rich in sugar, meat and other animal products, saturated fat and dietary cholesterol.’

Don't go down this road

Arguments in favor of vegeatarianism should be made, if at all, on moral grounds. Not based upon what what can be discounted as false and misleading propoganda. For example....

Than? A comparative term like "lower" requires reference to the other group. Definiiton of this other group. Now I agree with the statement IF (very big if) the other group is "all non-vegetarians" because that group includes people who have very unhealthy diets consuming a vast excess of meat and other animal products. However I disagree with the "propoganda" conclusion we are supposed to draw from that, namely that a vegetarian diet would be best against all other possible diets.

Now if it would satisfy you to REDUCE (not eliminate) the consumption of meat and animal products thereby reducing the amount of animal suffering, by all means disregard what I have said. But I have never personally met a vegan who felt that way about it.

I agree with Mike that the strongest argument for not eating any meat is a moral one. However, the opposition try to discredit this argument by appeals to health. It is therefore regretably necessary to use health arguments to rebutt this type of propoganda.

My attempts at even vegetarianism led me to lose weight, feel tired and get colds. I have moral problems with eating meat, and how meat is produced, sold, etc. But I have come to the conclusion that a small amount of meat in a diet is a good thing for me. I enjoy lots of vegetarian and vegan food, but I do eat meat at least once or twice a week. I don't think the argument that vegetarianism is healthier than x is very convincing either. It's far more convincing to argue that too much meat is bad for you, and lots of fruit and veg is good for you. Oh, and wasn't there a recent scientific study that shows that vegetarianism might not be so good for children? Probably not true, but be wary of all of these scientific studies.

The phenomena misnomered 'cold/flu' is mentioned on this site.

It is an inherant cleansing reaction that is naturally triggered when the intake of a lifetime of excessively nutrient dense cultural 'foods' is ceased, and a diet more realistic to our natural biological requirements is commmenced. A loss of energy is a natural reaction during a detoxification process, as this energy is being channeled inwards.

I recommend reading the following site thoroughly to anyone who is 'unconvinced.'

As for a half-baked study of starved Africans, this is more a exercise in propaganda than a 'scientific' study. No mention of the identity of the 'nutrients only found in' animal tissues, is given. This is classic propaganda material. The author would specify what they were and then show a detailed analysis of all 'foods' and their respective contents. I could very well be marketing nuts and claim that because a half-starved group of people were given some and 'picked up' that my nuts (no pun intended) were an integral part of their diet, rather than that a particular mineral/vitamin etc,which was previously absent due to their malnourised condition, was now picked up. I would be much more impressed with comparisons made in our own countries instead of scrapping the bottom of the barrel in this manner, as nothing more than a scare tactic.

I completely agree with the moral arguments against factory meat and dairy.

However I have had the same experience as the above poster in that, despite eating a varied diet I became very skinny and suffered low level illness when eating a completely veggie diet. This continued for over two years so it can't have just been my body purging itself.

Another friend of mine had the same experience.

Both of us are skinny guys, who are quite active in our daily lives.

I have heard that some nutritionists recommend different diets for different types of metabolism. Instincitvley there seems to be some truth in this to me.

So now i try to eat less meat rather than no meat at all.

Is this phenomenon documented anywhere in veggie literature?


I just spoke for awhile with Dr. Lindsay Allen, one of the scientists who
worked on the study of the nutritional needs of children in the developing
world. The British media distorted a lot of what she said into a
condemnation of veganism. This does not accurately represent her opinions.
We are working with her on getting letters to the editors written by her,
clarifying her position, to the media sources that covered the story. Her
study wasn't about vegans in the developed world. The media was prodding her
by asking her if it was "unethical to raise vegan children." She said she
supposes it is unethical to raise children on vegan diets if you don't make
sure you're getting all the nutrients you need. But the media cut off that
last part, and then pretty much made up her response to Paul McCartney.

She's gotten a lot of angry emails from angry vegans- if everyone could hold
off on those for now that would be helpful. I'm not saying this scientist is
an ally or that this was a valid study - I just want to make sure she
follows up with these letters to the editor so we can hopefully repair some
of the damage that's been done. (And of course, writing your own letters to
the editor in defense of veganism would be great.)

Please write me personally (not to the group) if you have any pressing
questions about this issue. Thanks!

"The animals of the world exist for their own reasons. They were not made
for humans any more than black people were made for whites or women for
men." -Alice Walker

The cost to the land

If your veggie diet is making you ill, then you are probably not getting enough protein. Eat more nuts, seeds, lentils and pulses. An average adult male needs about 35g of protein a day to avoid becoming malnourished in the long term.

Apart from the massive cruelty inflicted on animals in the intensive production of cheap, subsidised meat, here in the UK most of our prime agricutural land is being used to grow fodder for these animals at great expense to both the taxpayer and the land. It doesn't take a genius to figure out that a cow uses up a great deal more nutrients growing and living than it will yeild after being slaughtered for it's artificial-hormone tainted, stressed out flesh. In short, mass meat production is the most inefficient method of feeding people from the land. If you consider that in some areas of the world the soil fertility is already low, telling those people who live there to eat more meat is plainly absurd. In the long term, we cannot afford to sustain the meat industry as it is in the UK, given that the intensive monoculture farming methods have already wiped out over half of our native wildlife in the last fifty years.

I was a veggie for 16 years. During that time I was discovered by my doctor to be anaemic, but also I had the lowest blood colesterol he had ever measured. I eat meat now and my anaemia is gone and my colesterol is 'normal'. Clearly this does not proove any causal links. I suppose you pays your money and takes your choice.

So much of what we do has direct impacts on our health status, I dont think it is fair to single out vegetarianism as a target, but there again many vegans I come across do seem like pale delicate flowers....

in my professional capacity, i speak to other vegans (i am myself) everyday.

As with all diets, it is only healthy if it is balanced and varied, and if you make sure of a full intake of all nutrients. This means taking a supplement for vitamin B12, which only naturally occurs in dirt. Animal products contain B12 because those animals have been eating dirt.

If done properly, there is clear evidence that a vegan diet reduces the risk of certain cancers, in particular cancer of the bowel and of the pancrea, it also lowers cholesterol and blood pressure, reducing the risk of cardiovascular disease.

No less an authority than the late Dr Benjamin Spock, America's foremost authority on childhood nutrition, advised against giving cow's milk to infants, as it is thought to lead to serious allergies later in life.

I would rather be a compassionate vegan 'pale flower' anyday - rather than a red faced, greedy carnivore that lives and 'survives'(??) on the blood (life-force) and suffering of sentient non-human animals.

Carnivores just suck the life out of others because they stupidly think that they are 'top of the pile' and can destroy anything 'underneath them'.

How shameful and wrong.

Then you complain against the war!! What of the war against defenceless animalkind that you play part as an enemy footsoldier against them?

War is good for you. War keeps you 'strong and healthy' whilst sucking on the blood of others.