German newspaper on imprisonment of Austrian activist in Turkey

A commentary in the left-wing newspaper Junge Welt notes that the EU is reluctant to upset its relations with Turkey over the arrest of Sandra Bakutz. The left ought to support Sandra, however.
(Second attempt to download - first attempt failed) 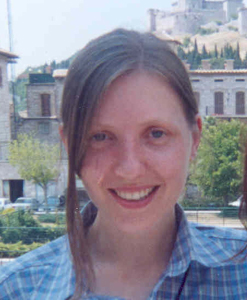 Sandra’s Fate
In the talons of Turkish justice

For over two weeks, a young Austrian woman has been held in a women’s prison near Istanbul. Sandra Bakutz, a journalist and human rights activist, travelled to Turkey on February 10 to observe a trial of members of the Turkish cultural association Grup Yorum and the prisoners’ support organisation TAYAD. Now she is herself on trial. The 30-year-old woman has been accused of alleged membership in the DHKP-C (Revolutionary People’s Liberation Party-Front). The accusation arises from Sandra Bakutz taking part in a demonstration in Brussels on October 26, 2002 opposing the EU “black list” which also describes the DHKP-C as a “terrorist organisation“.

The second court appearance for last Wednesday did not take place just like the first one didn’t. The basic right of any accused person to make a statement on the charges has so far been denied to Sandra Bakutz. Yet her case is still not a major public issue. Her imprisonment has not given rise to a lively debate about Turkey’s relationship to “basic European values”. The “highly sensitive” ties between Brussels and Ankara are not to be disturbed because of a left-wing activist. Austria’s Foreign Ministry, which at any rate summoned the Turkish ambassador, regrets not receiving any information from Ankara so far. It has not yet decided to lodge a formal protest.

While Turkey’s coming closer to Europe is roundly praised and its gradual introduction of democratic and law-based state norms is appreciated, an EU citizen is delivered up to the arbitrary justice of Turkey. What must it be like for the thousands of political prisoners in Turkey, for whose human rights Sandra Bakutz has steadily worked for years? Turkey has remained a military dictatorship behind a parliamentary façade. The coup generals of 1980 continue to determine its legal system.

Only as a highly repressive regime can Ankara carry out the role allotted to it as a guard over the Bosporus, overseeing the hegemonic interests of the West in Central Asia and the Middle East. The concept of justice in Turkey executes with Kemalist ruthlessness the EU black list’s judgment against alleged terrorist organisations. Sandra Bakutz has been caught in the wheels of this justice. The left’s alternative media and society should not abandon her.