Coca Cola distribution plant in Bristol is being Blockaded

Currently in Bristol eight people are locked on in a circle of armtubes outside the main gate of coca Cola's distribution plant in Bristol. They have been there since 4.45 this morning. 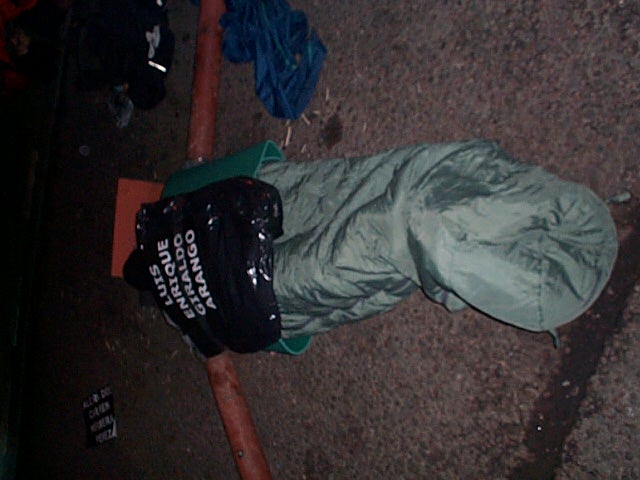 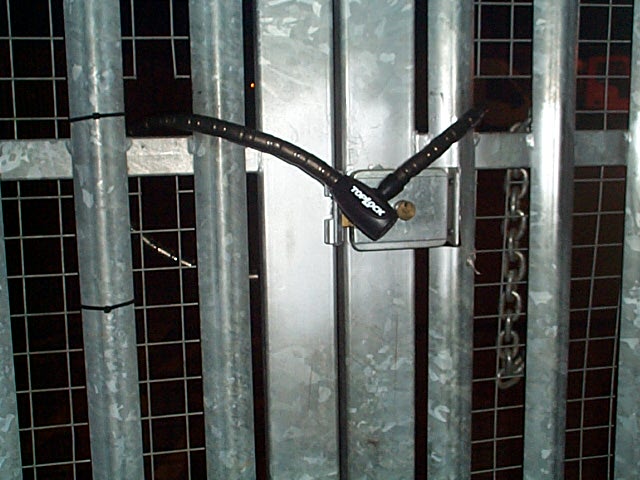 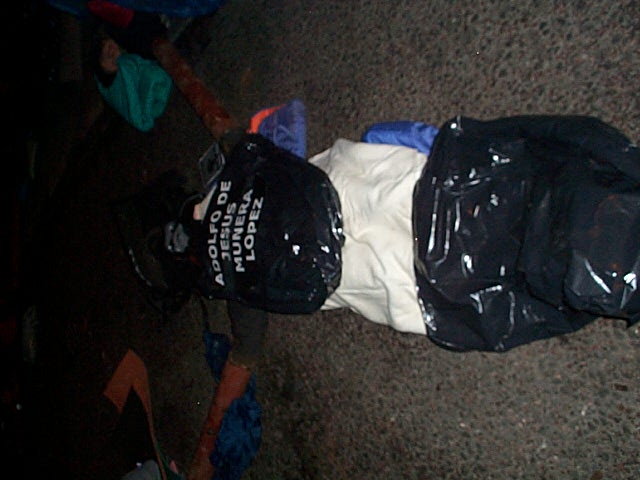 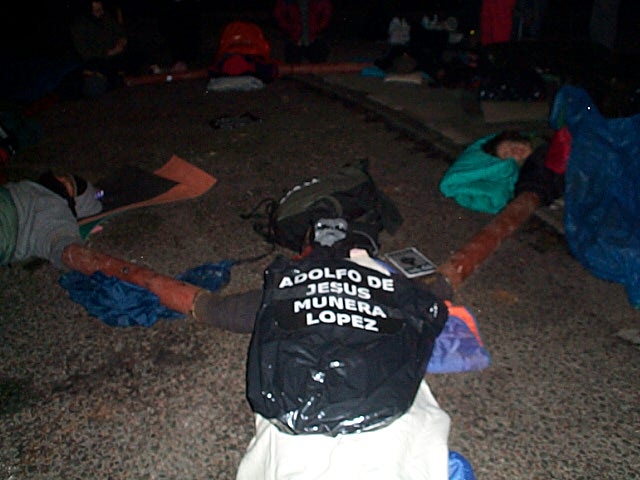 Dawn rose over Bristol, and as yet no Coca Cola has left the ditribution plant since quarter to five this morning. Timed to coincide with the busy delivery hours, twenty people arrived at Coca Cola and after stalling police (free party, man!)eight locked on to each other using arm tubes. Despite below freezing conditions, and police being present from the start (although they didn't seem to want to leave their cars) it was a calm and positive atmosphere.

Cola Coca has been implicated in the deaths of nine people in Columbia - eight trade union leaders were murdered. In Kerela, India, local water supplies are undrinkable thanks to the Coke bottling plant's taking of water. Farmers have been given 'fertiliser' (in reality toxic waste Coca Cola wants to get rid of) to spread on their crops. This 'fertiliser' contains levels of toxins well above the World Health Organisation's limits, and has been proved useless as a fertiliser.

Today, in solidarity with the dead, the locked on were wrapped in body bags with the names of the dead workers printed on.
More news as it happens will be posted on indymedia.

What can you do?
Aside from blockading your local Coca Cola depot, visit these websites for more info, and more importantly, BOYCOTT COCA COLA.

coke does my head in

Keep us updated! Would be interested inknowing how long it takes the police to deal with those arm tubes.

well done to all who took part in this, keep up the good work. Watch out coke depots, which one will be next ?

The people locked on delocked and left of their own accord. There were no arrests. :)

Well done all who took part, it was a big success. extra info:

-The website for Colombia Solidarity in the UK is www.colombiasolidarity.org.uk --note that Colombia has two "O's" and no "U's". There is info on the very successful and ever-spreading international Coke boycott on this site. The Indian site with info about Coke's many crimes in India is www.indiaresource.org

-Workers at the plant, including a union official, were supportive of the protest. They told protesters they are suffering from the same pressures as Coke workers in Colombia. They are pressured to give up union membership, to work on casual contracts, and to work more hours for less pay. This is exactly the type of thing the eight assassinated Colombian trade union workers were resisting; their resistance cost them their lives. This was why the eight protesters lying on the ground, wearing steel arm-lock tubes, also each wore the name of a murdered Colombian trade unionist.

The struggle is the same in Colombia and Britain - labour and human rights versus profit and neoliberalism. In the UK they smash unions and labour rights politically and economically; in other countries, like Colombia, they do it with bullets.

It's important to note that the trade unionists were assassinated, not just killed - their murders were very clearly politically motivated. They occurred during negotiations on pay and conditions. After one of the union leaders (Isidoro Segundo Gil Gil) was executed by a paramilitary death squad in the plant during work hours, the rest of the plant's unionised workers were made, at gunpont, to sign letters resigning their union membership, written on company letterhead on the plant's computers. Coca-Cola Colombia has been persistently accused of knowing of this type of very violent anti-union repression, and even of directing it. Also, some of the murdered unionists were active in a very strong grassroots movement in Colombia for food sovereignty. This means they want Colombians to consume products made in Colombia, so that the profit does not go to multinational corporations. This is an anti-imperialist position which goes against everything Coke stands for: their entire business plan is built around economic imperialism. This is why their repression of anti-imperialists, like the trade unionists, has been so vicious.

Coca-Cola International undoubtedly knows about all this and is very happy to accept the profits the violence generates, but they officially say it is a matter for their Colombian subsidiary, and not their problem. Well, a group of ordinary people were prepared to lie on the road in the sleet in Bristol, England yesterday to say: "Actually, this IS your problem, and it's not going away!" The protesters confronted Coca-Cola with the physical reality of eight bodies lying on the ground outside their money-making machine. Coca-Cola International has blood on its hands, and it knows it.

-At least 20 large lorries were stopped for 5 hours; this would have had a significant impact on Coke distribution throughout the West Country for that day, and possibly for the weekend. Workers were heard saying they would have to come back and work Saturday for double-pay. There was one comment from a worker that 200 lorries had been stopped, at a cost to the company of £10,000 each ... (this seems a lot??)

-The police wrere totally nonplussed as to how to deal with it. they made vague promises about arresting the locked-on protesters but protesters said it was obvious they had no concrete plan- they could not have removed the arm tubes without injuring protesters more seriously than even they would be prepared to accept. Protesters could also see the police were very relieved when they left of their own accord, having made their point, at the time they had previously agreed to hold out until. If they had chosen to remain all day (eg if it had been warmer than slightly above zero), there would have been nothing the authorities could have done about it.