The Opposition had signalled it would support the inquiry but after internal discussions, Labor says it does not think a Senate probe is an appropriate forum to investigate the allegations.

Then what is the appropriate forum? 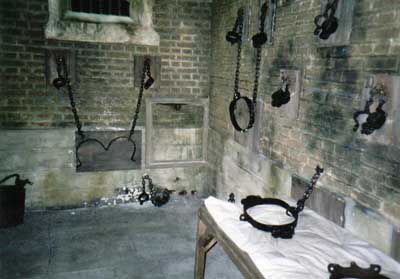 AUSTRALIA: The Labor Party has decided not to support a Senate inquiry into new allegations made by Mamdouh Habib that the Australian Government cooperated with Egyptian intelligence authorities who he insists tortured him.

The former Guantanamo Bay detainee says that when he was interrogated in Egypt, he was questioned about names and phone numbers that could only have been obtained from a mobile phone simcard he left at his Sydney home.

The Greens have moved a motion in the Senate to investigate the claims.

The Opposition had signalled it would support the inquiry but after internal discussions, Labor says it does not think a Senate probe is an appropriate forum to investigate the allegations.

Then what is the appropriate forum?

Why wouldn't you have empathy for a person whose government colluded to torture an Australian citizen?

No reason for Habib to sell story: Beazley?

Perhaps Kim Beazley would like to donate his last three years pay to Mr Habib instead? Seems, while Beazley was putting on the pounds stuffing his face and keeping his big mouth shut about Mr Habib. Mr Habib had been taunted and profiled in Australia, then kidnapped by the US and isolated and tortured in Guantanamo Bay? Right under his nose!

After ASIO and the AFP made further allegations at the Senate Estimates Committee, pro-govt media done just the same CH/7 accusing Mr Habib of meeting David Hicks in Afghanistan, CH/10 running a flawed poll with it's viewers suggesting 80 per cent say his guilty. Ch/7's flawed poll suggesting 52 per cent of its viewers said it's okay to torture people under certain circumstances? But 48 per cent don't think so.

It's now "appropriate" for Australian troops to shoot innocent Iraqi women in the head. Howard has just made a war criminal of an Australian soldier and is sending 450 more troops to illegally occupy Iraq who will be put in a position where more "collateral damage" is highly likely. If you haven't already figured it out "collateral damage" is orwellianspeak for "war crime"

If his party wants him to go they wont get rid of their criminal tags just because they tell him to go or even if they say he's stepping down.

INTERVIEWER: Is the fact that you had the same policies as the Government.

KIM BEAZLEY: No, not so much that we had the same policies as the Government, but that they had them first.

Labor's Nicola Roxon suggests the evidence against Mr Habib was tainted. "I think it defies belief that they haven't asked the US the reasons that they released Mr Habib without charge," she said.

UP, UP AND AWAY WITH JA THE FRIENDLY, FRIENDLY WAY...

Channel Ten reported yesterday that 80 per cent of its viewers say Mumdouh Habib is guilty of being a witch in a flawed opinion poll taken by the station. Yet Mr Habib's harassment, kidnap and subsequent torture by the authorities both here and abroad is a crime against humanity and he and his family have suffered both directly and indirectly from that treatment. The community suffers as well because the authorities have chosen to lower the standards of our humanity. Let Mamdouh Habib have his day in court.