Coppers targeting the samba band on Saturday have been spotted before ... 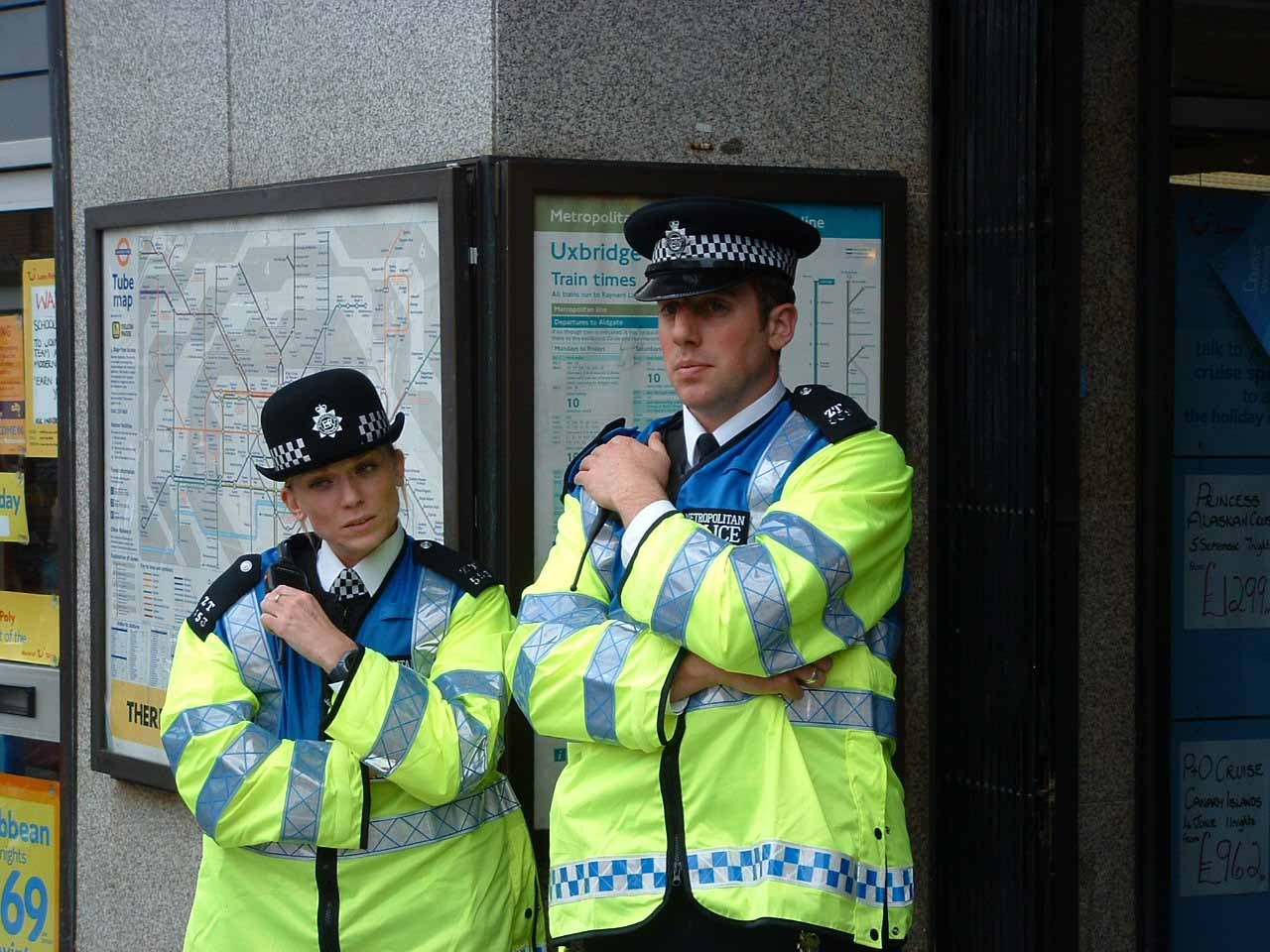 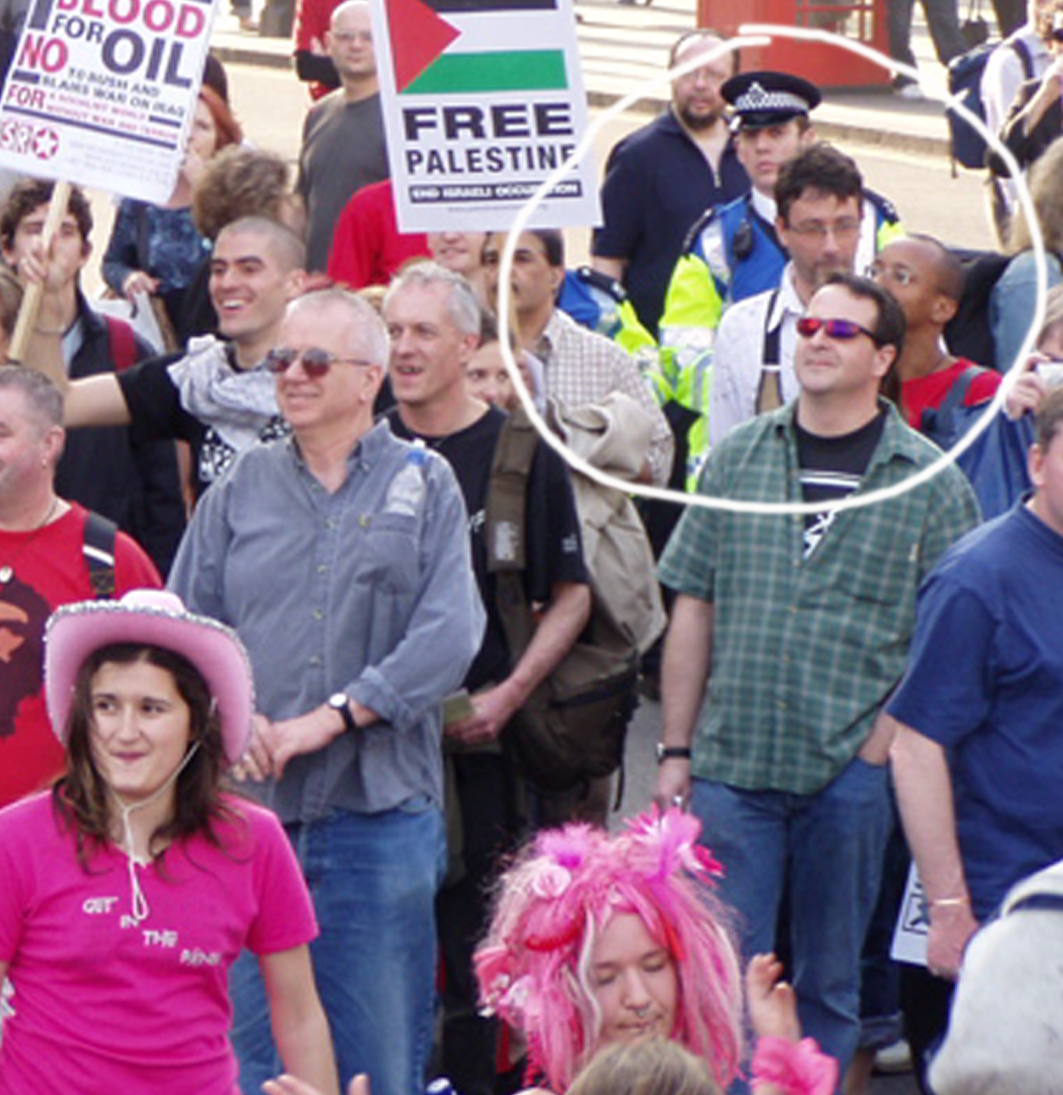 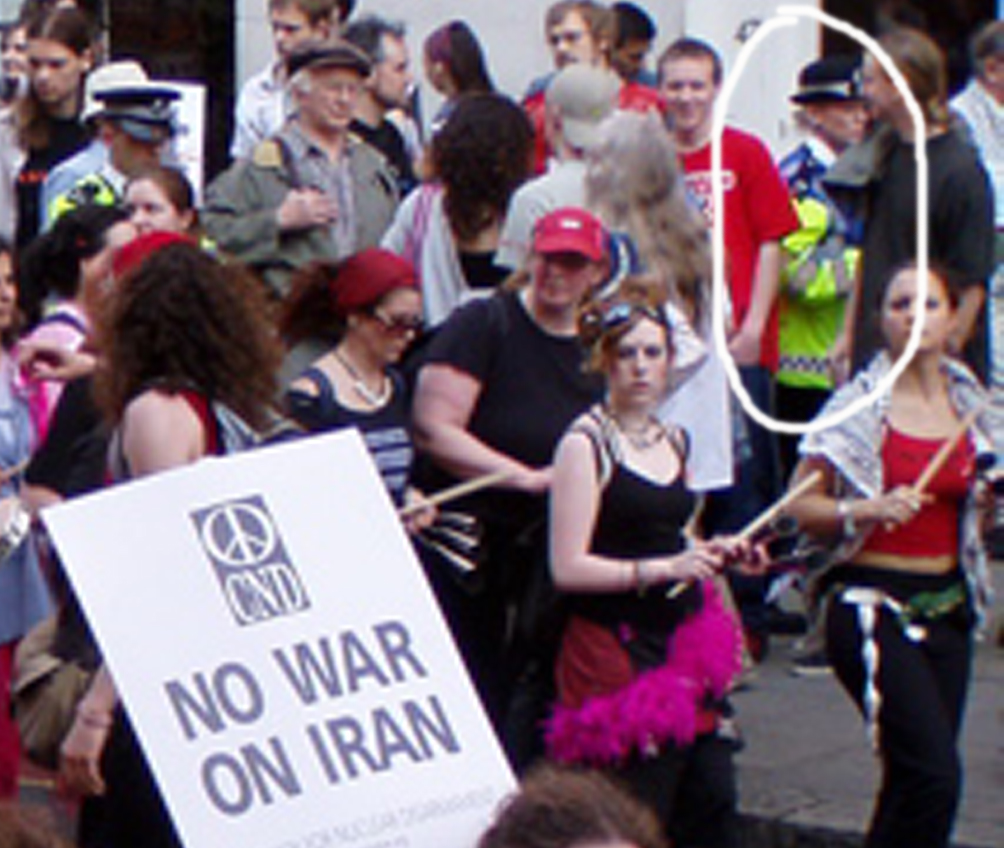 The first picture here shows a pair of uniformed coppers who relentlessly trailed two anti-fascists right across London on the tube for several hours on one occasion in 2004 (taking copious notes about everything they said and did, all the way) -- a short blonde woman (officer ZT 553) and a tall, beaky-nosed man (officer ZT 558?).

The same pair were spotted on the anti-war demonstration in Central London yesterday (Saturday 19 March 2005). They appeared to be closely monitoring the samba band, reporting into their radios, chatting up band members in Trafalgar Square and taking notes.

They can be seen in two photographs on the Indymedia thread about the samba band's performance yesterday (see second and third photos here). The beaky-nosed copper's face can be clearly seen just behind Mark Thomas of TV fame. The samba thread is here:

Their police numbers indicate that they are based in Sutton, south west London:

"Sutton Police can be identified by the two-letter code ZT on their shoulders."

Does anyone else have any photos of these two coppers from yesterday (or other occasions)? Did anyone speak to them, hear what they were saying on their radios or see what they were writing in their notebooks? Contact Pigwatch and let us know ... but, please, don't have nightmares!