Several hundred thousand people assembled in the middle of London yesterday as a timely, pre-election reminder to the government that many people still do not support their phoney war for oil. 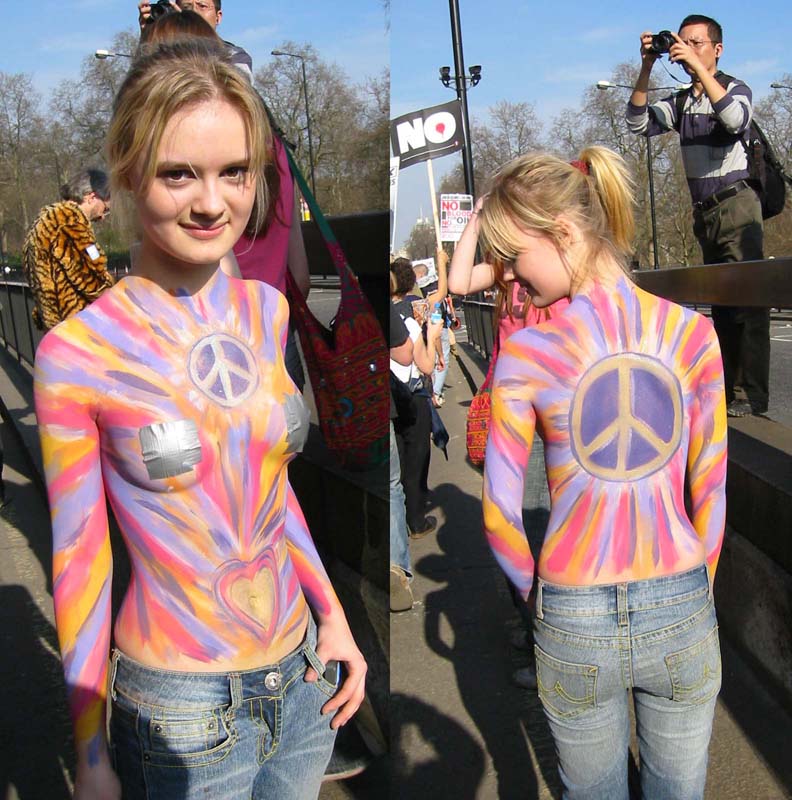 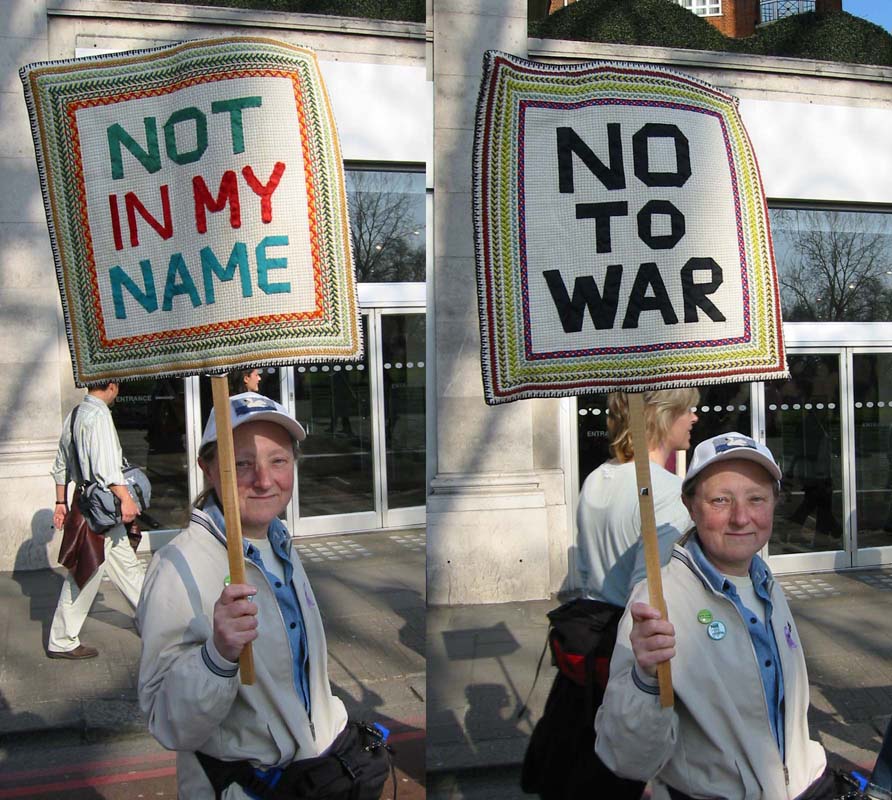 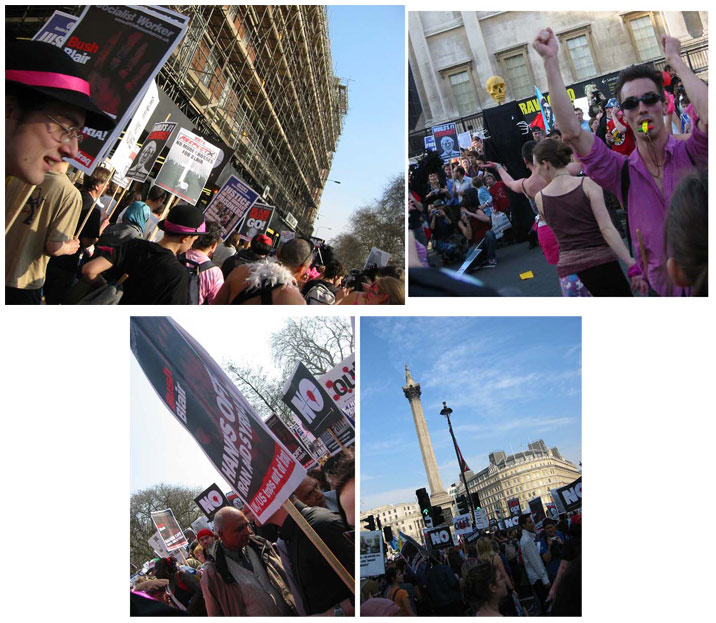 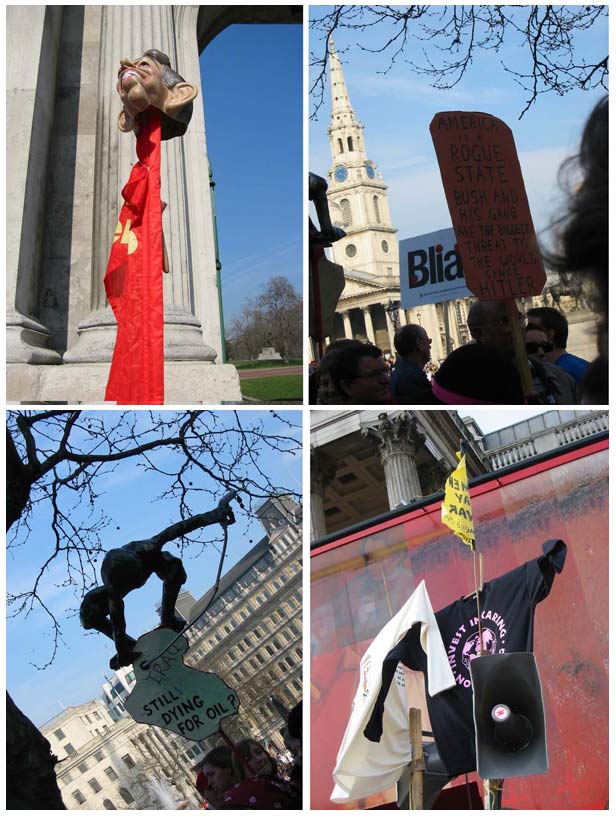 Some of the Artworks on display

A lot of police were hiding on the (closed off) Mall

The atmosphere overall was friendly and good natured, with much creativity on display, in the form of both visual artworks, costumes and music.

Some examples being one lady producing her own appliqued (hand sewn) 'No To War' Banner, another walking about, naked from the waist up with body paint and strategically placed gaffer tape still leaving plenty to the imagination!
There was also a giant 'Death' stalking the streets, along with some black crows - the symbolism being self evident.

Motivational music was supplied by a sizeable contingent of samba bands (playing in one big Bloco formation) in the 'regulation' pink and silver, as well as pedal-powered sound systems, a Hare Krishna band and various assortments of hand held Boom Boxes.

The weather was good to the people as well, it being a very hot afternoon with a blue, clear sky - no wind or rain for a change!

Pretty much the whole leftfield political spectrum was represented from Muslims to Anarchists to Socialists and everyone else in between, proving not only that there is strength in numbers, but also opposition to the latter day colonial powers' warmongering is both universal and strong.

The police were ever present, but, on the whole well behaved, concentrating on their usual petty notetaking activities and crowd control, channelling all present along a conventional A to B route.

Needless to say, it didn't change the world, but it did get the message across loud and clear that there are many who don't buy the lies of the politicans and corporations, and who don't want resource-grabbing pseudo-wars in their name.