Sun-drenched photos of the UK national demonstration and rally.

For permission to copy and use, see CopyLeft at the end of the story below the photos.
For links to the other sets of photos, see one of the comments at the foot of this page. 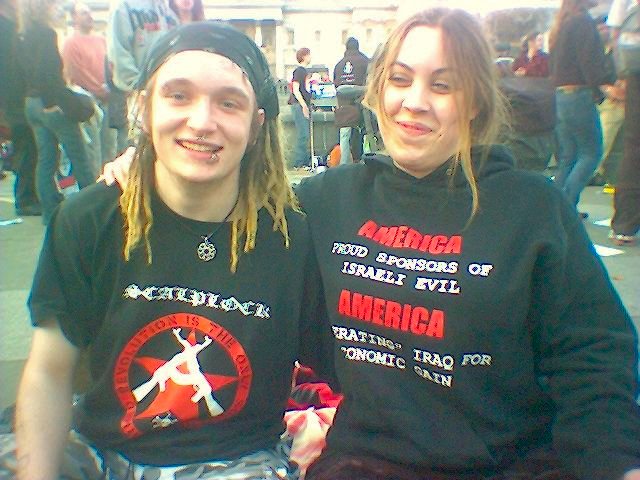 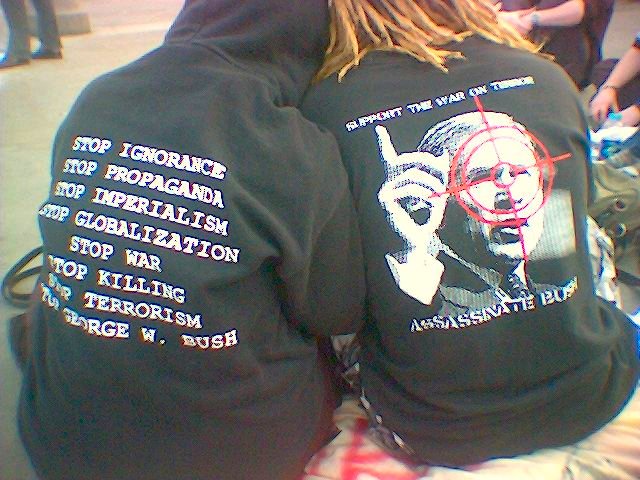 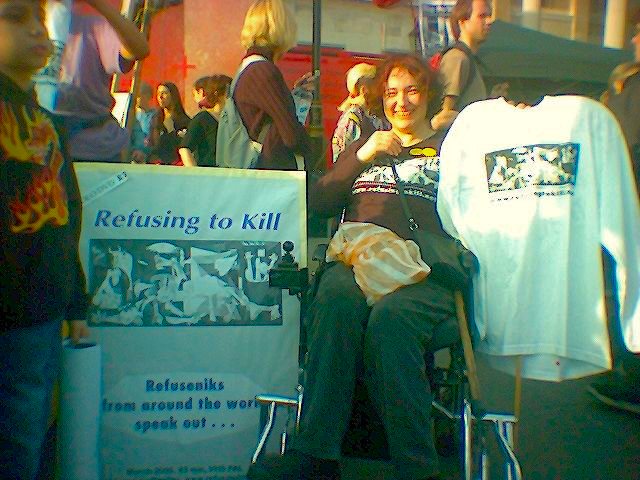 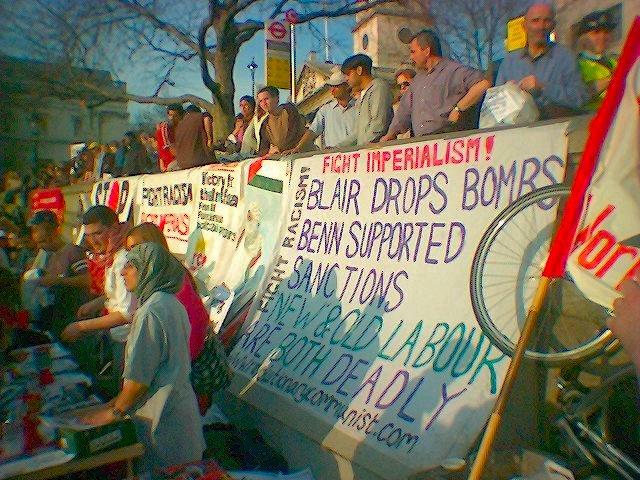 Let's "support the Labour Party like the rope supports the hanging man" (Lenin?) 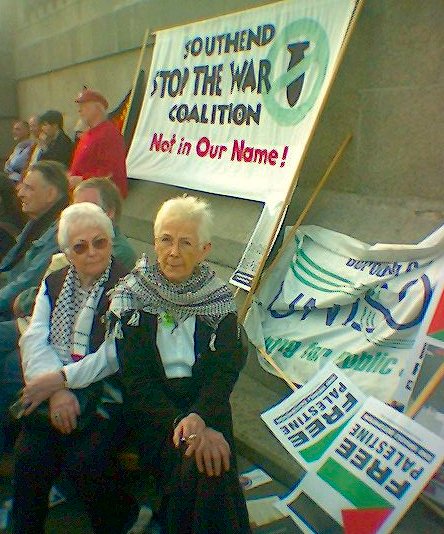 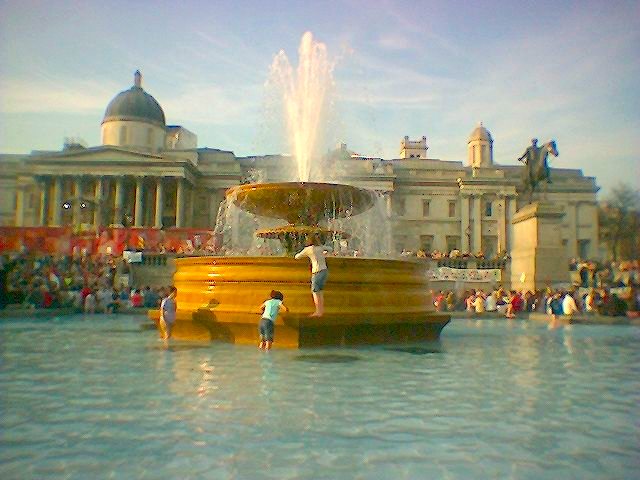 Fountains are free for everyone 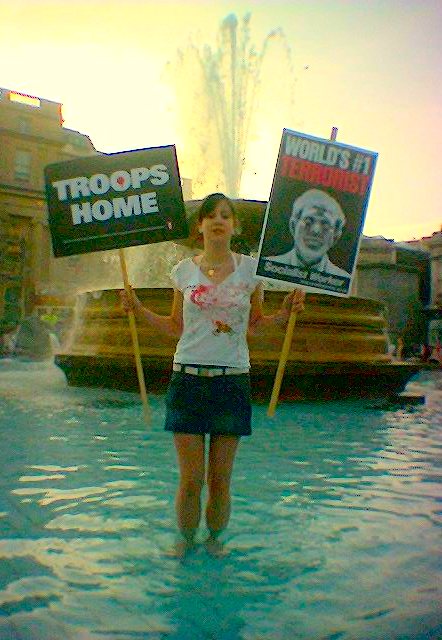 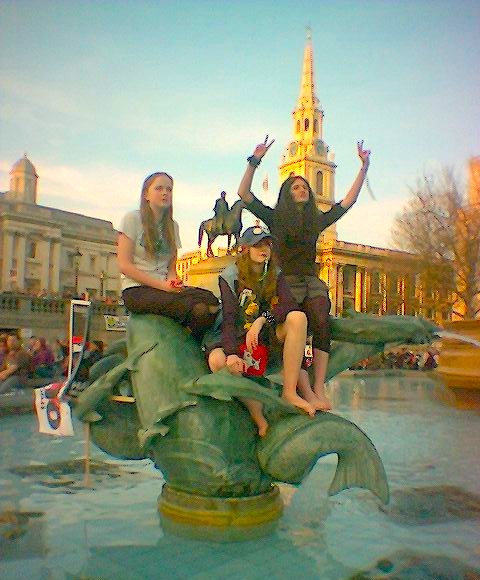 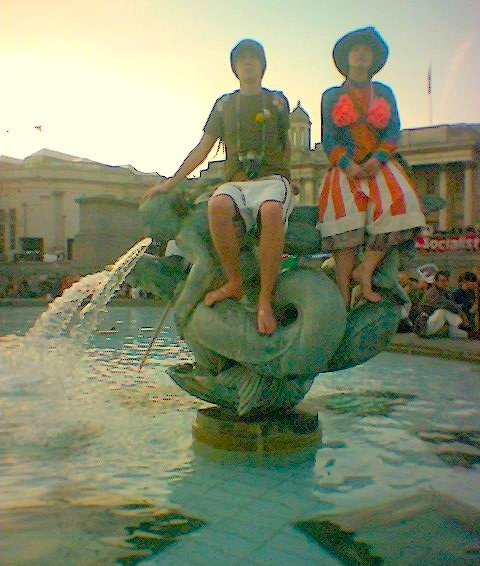 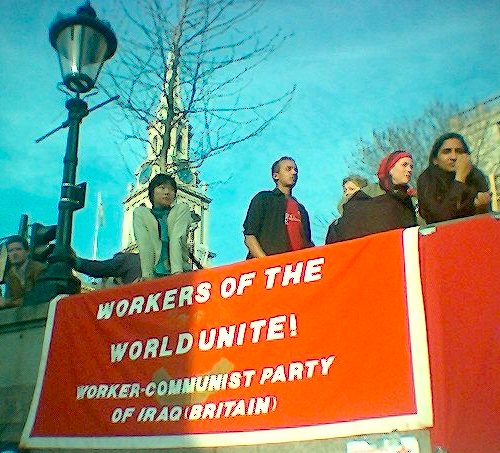 The most essential message to prevent all future wars

On a beautifully sunny spring day, and the second anniversary of the UK/US invasion of Iraq, around 100,000 people demonstrated against the continuing imperialist military occupation. To an ever-increasing degree, people are expressing their individual/collective outrage and disgust at the barbarity of the transatlantic ruling class through the blossoming their creative spirit -- in costume, banners, placards and mode of locomotion. I hope I've captured and distributed a flavour of their creativity, and encouraged you to ponder your own means of self-expression.

Unfortunately, my camera battery was exhausted by the time I reached the rally in Trafalgar Square, so I had to resort to my PDA's camera - hence the drop in resolution and clarity.

Demonstration called by the Stop The War Coalition , CND and the Muslim Association of Britain .

For the most politically astute coverage and analysis of the ongoing UK/US barbarism in Iraq (42 stories and counting), I recommend the International Communist Current's 'War in Iraq' portal page:

All these photos are 'CopyLeft'. This means you are free to copy and distribute any of my photos you find here, under the following license:
Copyright ©2004 Tim D Jones
Permission is granted to anyone to make or distribute copies of these photographs, in any medium, for personal and not-for-profit purposes, provided that this copyright notice and permission notice are preserved, and that the distributor grants the recipient permission for further redistribution as permitted by this notice.
Modified versions may not be made. Accreditation: