The crowd of several hundreds, calling themselves Concerned Patriots, condemned remarks by a British minister who recently questioned Uganda’s commitment to democracy and Irish rock star and aid campaigner Bob Geldof who accused President Museveni of wanting to rule for life. 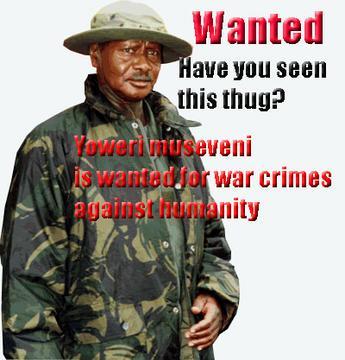 The demonstrators denounced what they called attempts by Britain, Uganda’s former coloniser, to recolonise the country.
“We say NO to recolonisation,” read one placard.
“You never gave us democracy yet you colonised us,” another said.

Some others read: “You called Amin a gentle giant”; “Keep your donations, we retain our freedom”; “Cheap politicking should not be part of UK led economic commission”; “We fought for our freedom, we died as you looked on. Keep off.”
Mr James Mutumba, 35, who described himself as the Chief Operations Coordinator for the demonstration said: “We are here because the British are belittling us; they forget that Uganda is a state.”
Some of the placards were aimed at Geldof.