War on Terror OR War on Community

A Public Meeting discussing Human Rights violation internationally and in Britain. Speakers include, Moazzam Begg recently released from Guantanamo, Phil Shiner a leading Public interest lawyer acting on behalf of of victims of abuse by the British military. 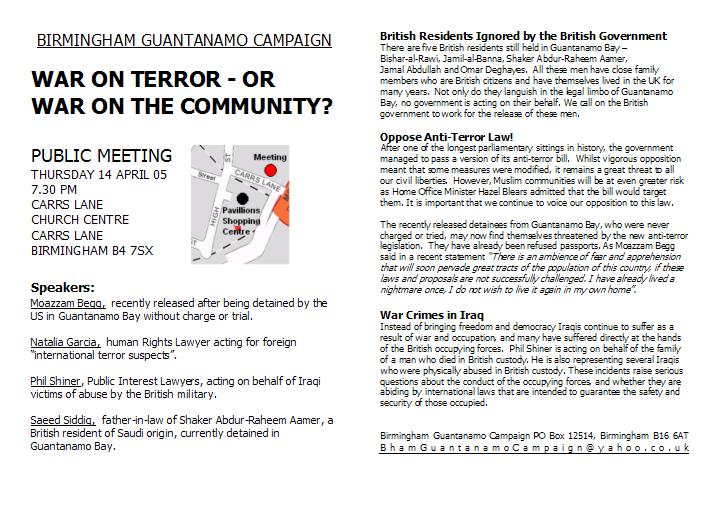 WAR ON TERROR - OR
WAR ON THE COMMUNITY?

Speakers:
Moazzam Begg, recently released after being detained by the US in Guantanamo Bay without charge or trial.