In Nottingham, there was a noisy demo at Market Square at noon, Saturday 2 April
Several hundred turned out on this bright sunny afternoon.
Here are the pictures 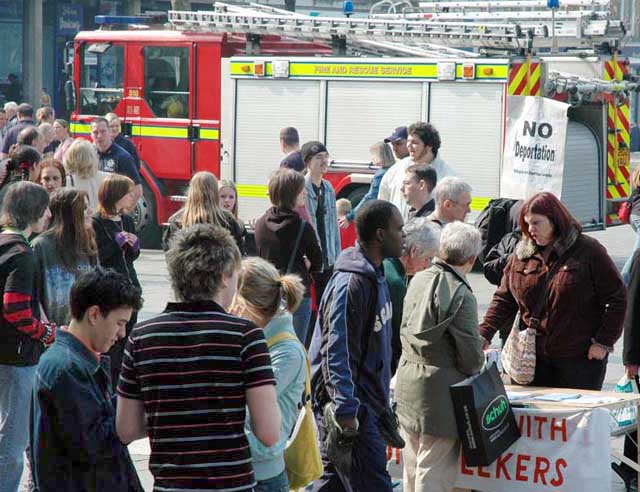 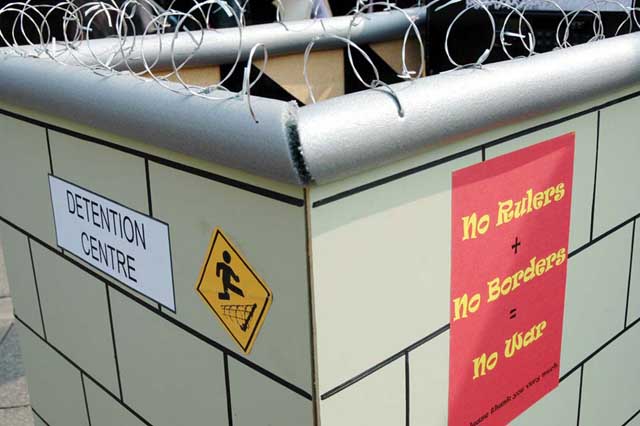 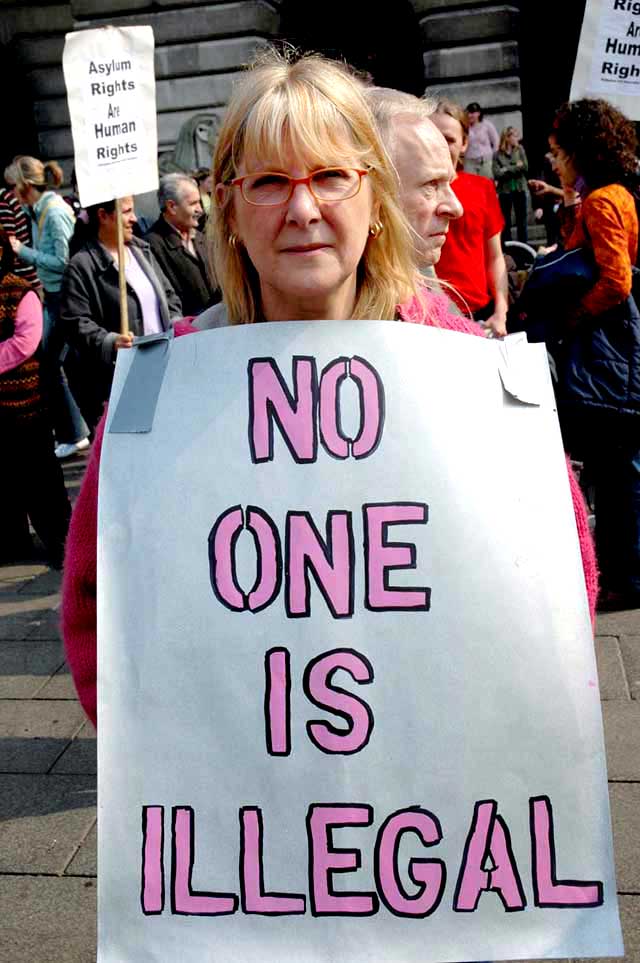 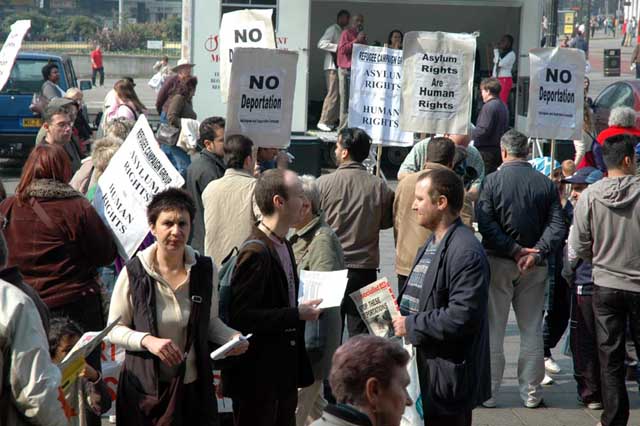 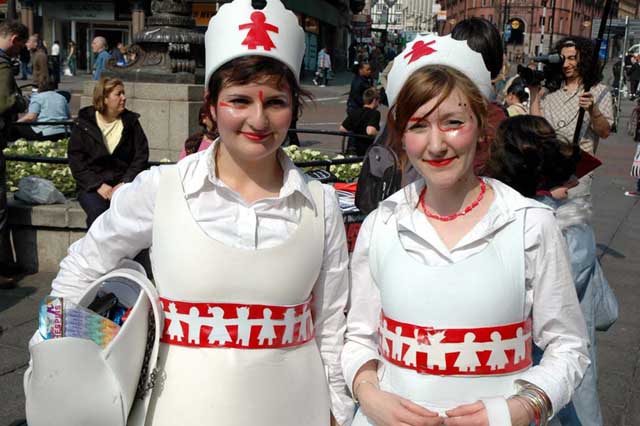 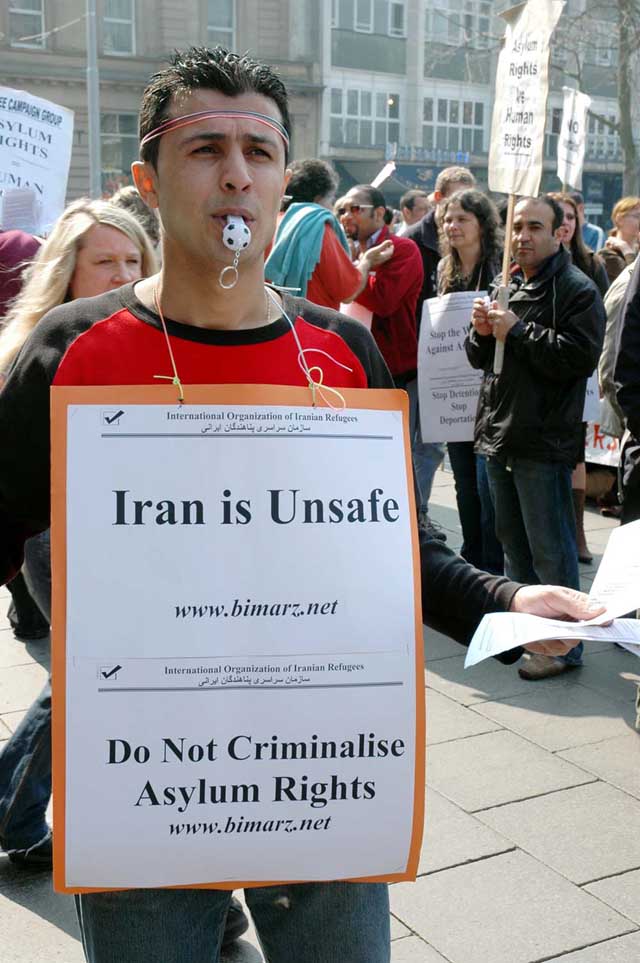 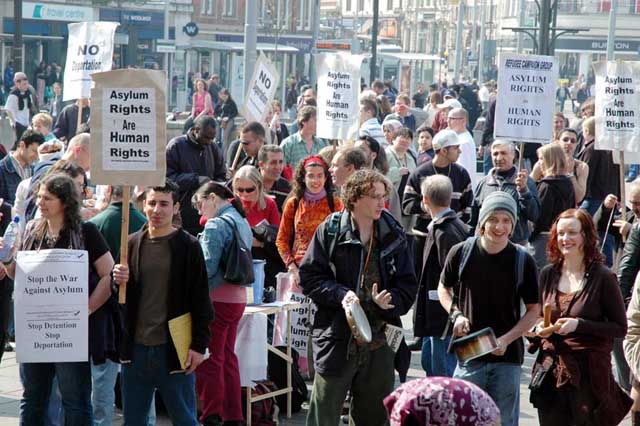 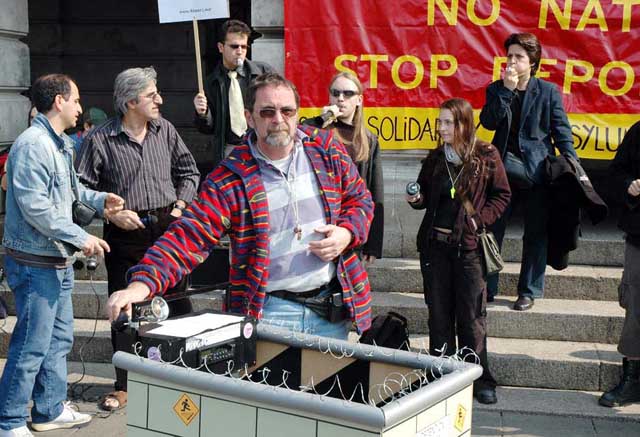 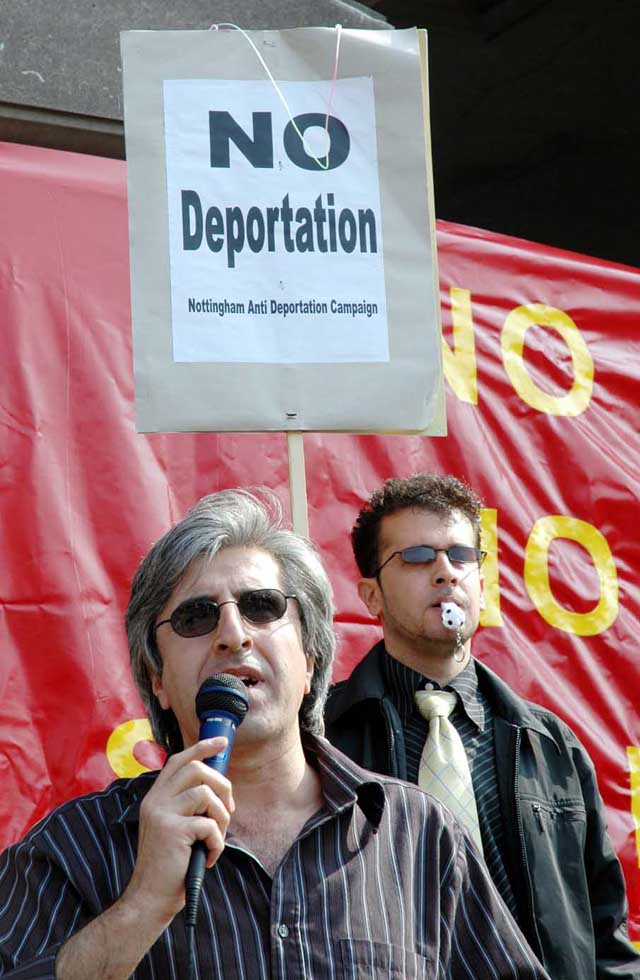 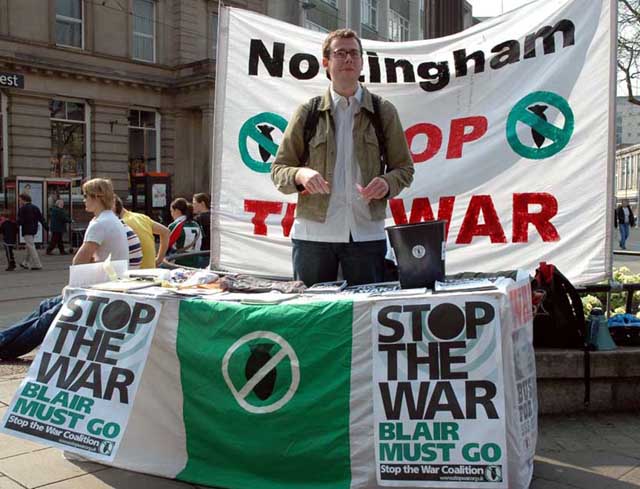 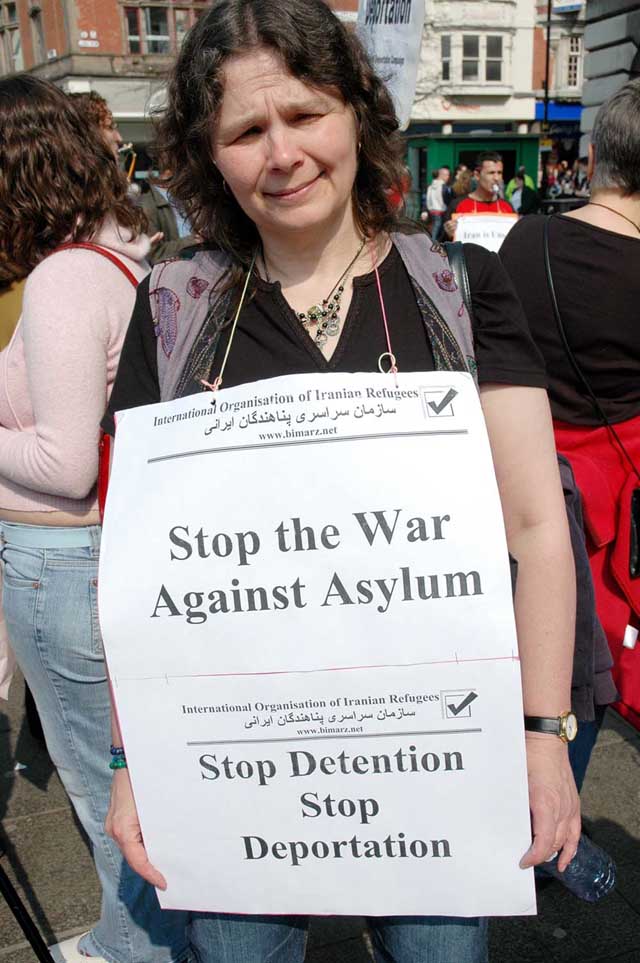 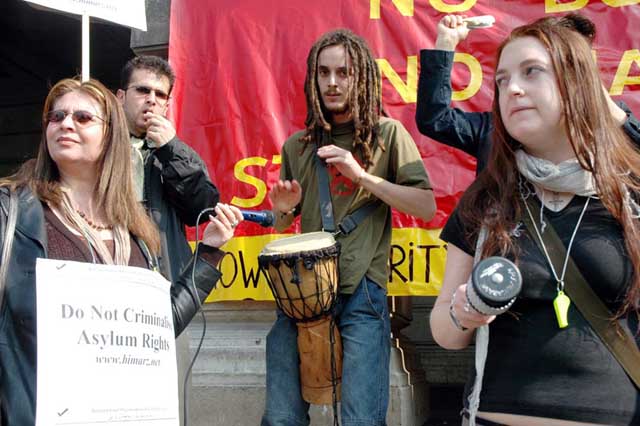 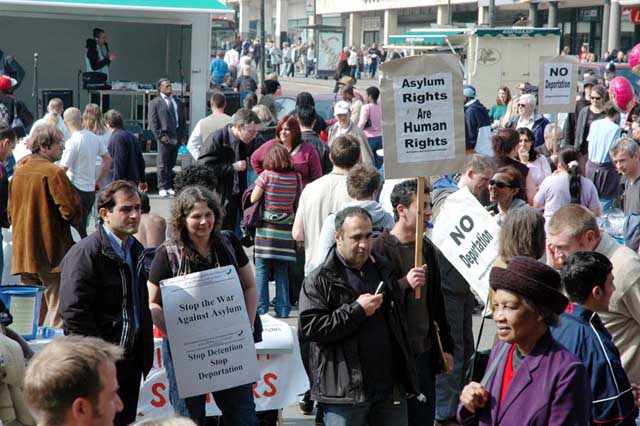 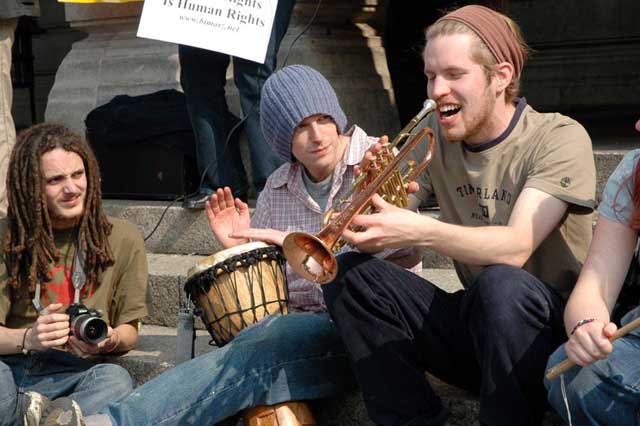 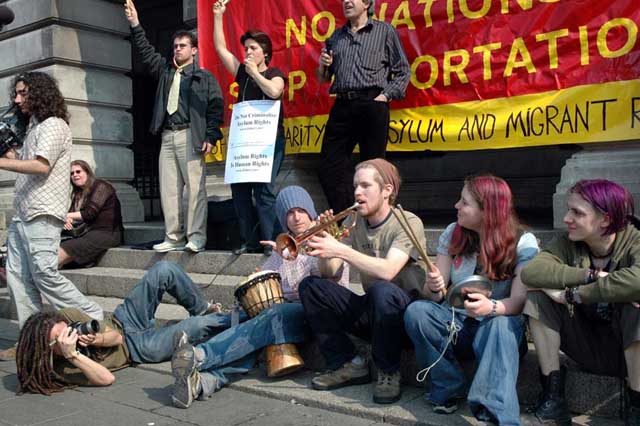 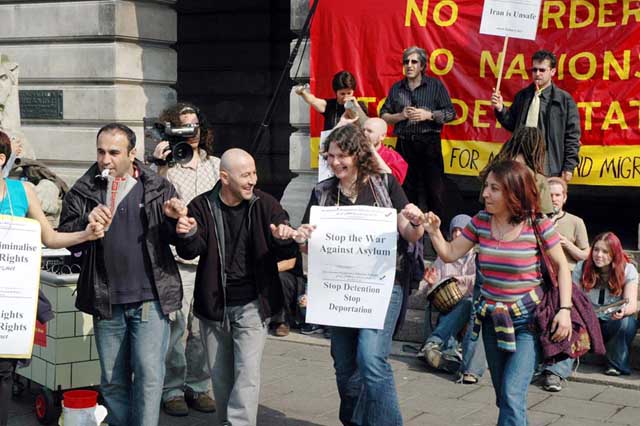 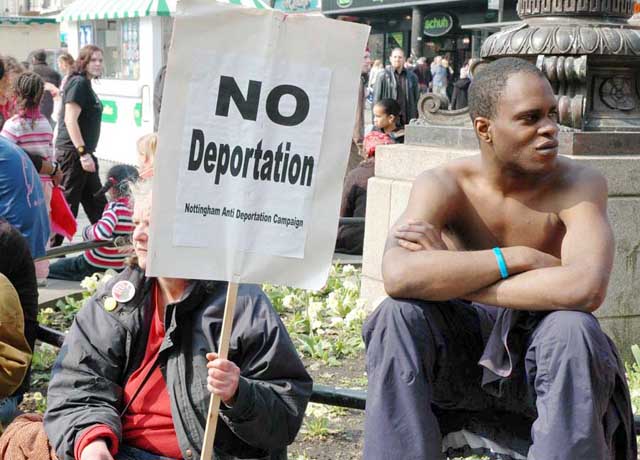 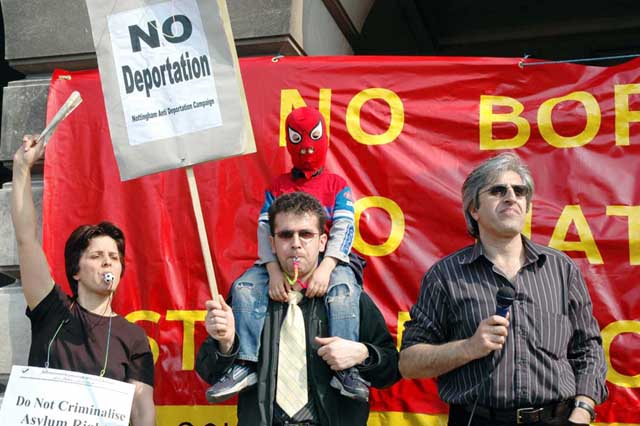 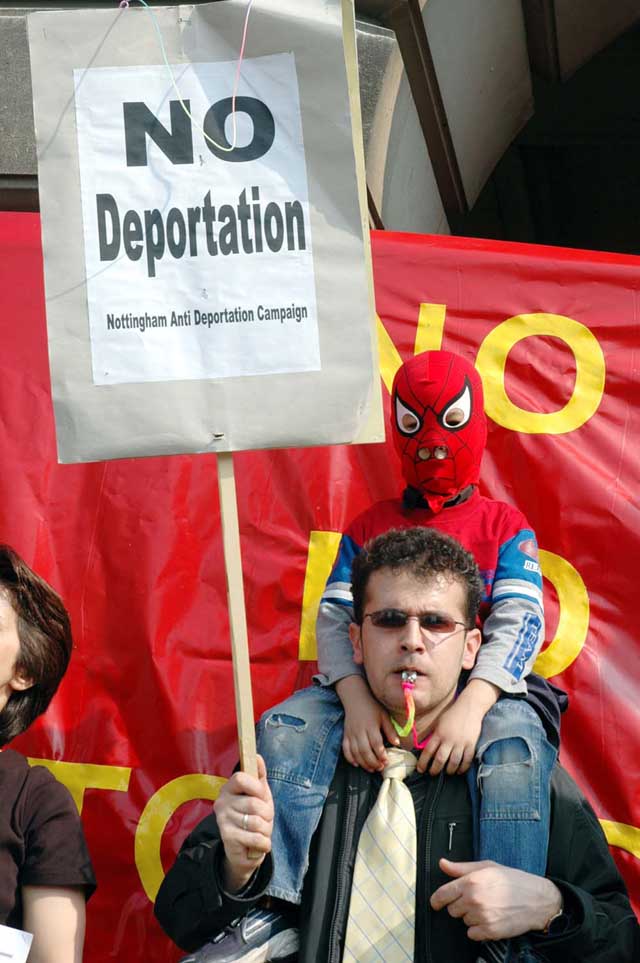 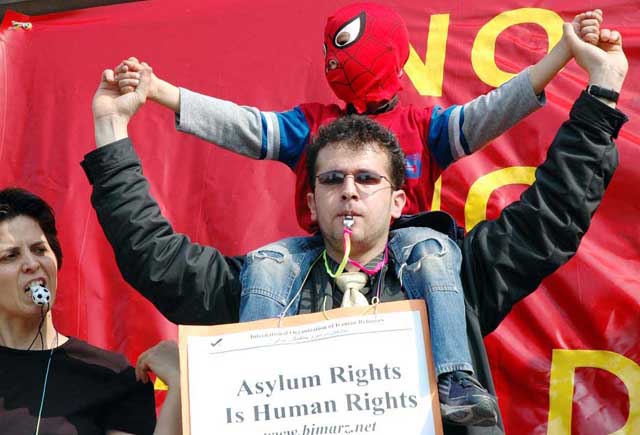 
In Nottingham, there was a noisy demo at Market Square at noon, Saturday 2 April

Several hundred turned out on this bright sunny afternoon.

More piccys from this event at:

We stand against racism and fortress Europe and for the rights of migrants and asylum seekers. For citizenship based on residency and the closing of all detention centres. We oppose deportation of migrants. We see the demand for freedom of movement encompassing different struggles of migration taking place every day throughout Europe: struggles for housing and legalisation, struggles against racism and camps, struggles in the workplace, the struggles of women and men to free themselves from patriarchy, racism, homophobia in their country of origin but also of their country of arrivial.


Both main political parties are trying to out-do each other in the 'lets be horrible to asylum seekers stakes'. Playing with peoples' lives.
..... the Archbishop of Canterbury has just pointed out that its a bad idea. Bad politics.
We agree with him!


All over the country, there are demonstrations drawing attention to this issue

A group of concerned people from around Nottinghanshire had occupied the Labour Party's Regional Offices at Harold Wilson House in Attenborough, Beeston. The object being to urge their local MP's to act on inhumane policies towards asylum Seekers that leave many destitute. At the moment nearly 900 refugees in Nottinghamshire alone, live in destitution. Most experience hunger, and cannot afford to buy clothes or shoes and many are not able to maintain good health.