From little seeds do they grow .... 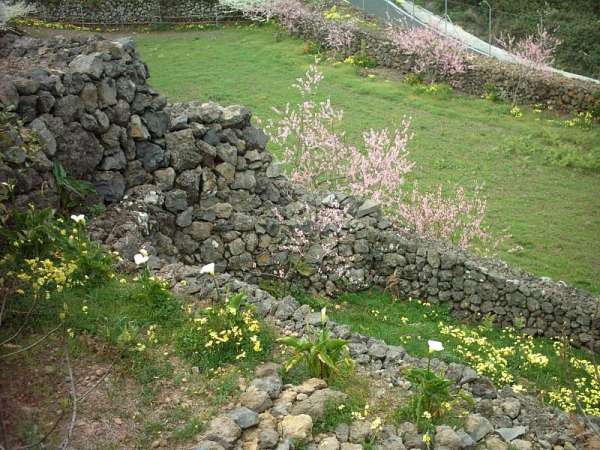 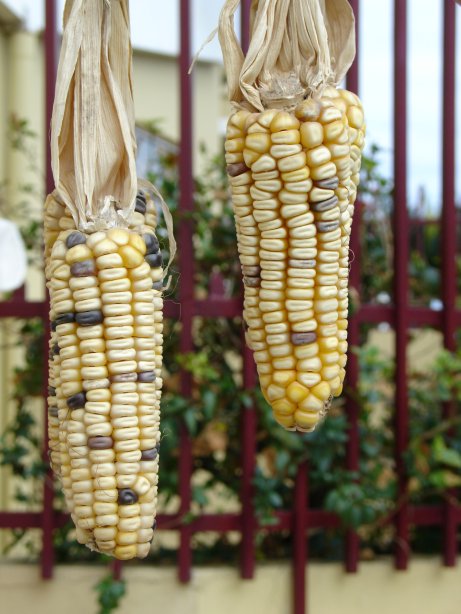 '... great to hear about the [seed] swap in Oxford, it seems the idea is spreading around quite a few places now, North Devon, Machynlleth, Dulwich ... Which was the intention of some stalls we did at some festivals last year promoting the idea ...' -- Neil, Seedy Sunday Brighton

'Blessings of the Earth - a seedy sunday @ larc. SEEDS (social equity in environmental decisions) is shamelessly copying the wildly successful 'Seedy Sundays' events from Brighton to bring you a homegrown seed swap at larc .... bring seeds to swap, or come and help yourself to some of ours (lovingly gathered from our organic roof garden) plus organic catalogues, cuttings, compost tea, propagation and seed saving lessons (with fact sheets to take home), fine conversation and a cuppa or two, then downstairs for vegan grub, a splendid seedy, sprouty slide show and two or three fine films made by totally organic activists from around the world.' -- London Action Resource Centre

Every summer when the days are long the Ambient Green Picnic takes place in Guildford. One of the events in the festival calendar. A mix of music, theatre, politics, and lots of interesting stalls.

By far, one of the most interesting stalls last year was the one run by Seedy Sunday from Brighton. On the stall was a few interesting fruits and vegetables to try and lots and lots of interesting seeds.

Currently we have a serious problem with seeds. Only a handful of seed varieties are grown commercially and thus available for sale. All the rest have been deregistered and it is now illegal to sell these seeds. The dangers of such a narrow genetic base are obvious.

But this is where seed swaps come into their own. It is still legal, for the time being, to swap seeds.

After visiting the Seedy Sunday stall, I came away with seeds, which I have since given away. Hopefully though they will have found good homes and will not land on stony ground and henceforth will go forth and multiply.

With some friends from a squat in East London we went down to the Seedy Sunday community seed swap in Brighton one cold February day. The day was not so cold, it was quite pleasantly sunny, but the picnic we had on the beach that evening was bloody freezing.

My friends had the intention of setting up a community garden on the Pepys Estate in Deptford using the seeds collected from Brighton. For the moment this has been put on hold as the future of the squat is somewhat precarious. Lewisham Council is battling through the courts to recover their building and demolish parts of Pepys Estate, including the block held by the squatters. Eviction proceedings are to be heard in court on the morning of 15 April 2005 at Woolwich County Court 165 Powis Street London SE18.

The original idea has been scaled back due to the uncertainty, but not abandoned altogether. On the estate is a Community Café. The Community Café has a garden. A trailer load of compost has been dumped on the Community Café garden and the garden will be used for growing traditional varieties for consumption in the café. Hopefully this will help spread the idea.

The compost came from a guy we met at a seed swap at LARC, London Community Action Centre.

Larc had a Seedy Sunday a couple of weeks ago. When we arrived there was only a handful of people there, and a few seeds scattered around on the floor. We found some interesting varieties, especially 'Aunt Jean's Beans from Vancouver', a climbing French bean with a lovely black and white yin yang patterning. The day was useful for networking, and did lead to a trailer load of compost for the community garden.

Most of the seeds I got from Seedy Sunday in Brighton I handed over to the squat, most of what I had left I shipped out to a friend's farm in Tenerife. He was very pleased, and in return has given me some maize, runner beans and other beans that I have no idea what they are. A case of grow and see what appears.

I have also subsequently shipped him some more seeds including 'Aunt Jean's Beans from Vancouver'.

The traditional way of growing climbing beans and maize is with the beans climbing the maize. We are going to try this as an experiment, with half of the beans with a maize plant to climb, the other half a pole to climb.

Maybe next year we will try the three traditional plants: maize, beans and pumpkins at the foot of the maize.

The maize and other seeds have been distributed, some have gone to HDRA and Seedy Sunday in Brighton.

A local bookshop had in the early spring a window display of gardening books. What we had hoped to do was give a way a packet of seeds with every book. Explain about seed swaps and hope people would save their seeds. Unfortunately the promises of seeds and support never materialised.

Since visiting the Seedy Sunday stall at at the Guildford Ambient Green Picnic I have spoken to lots of people, all who are now growing seeds for swap.

Growing plants for seeds is not difficult. Try something easy to start with, peas, beans or tomatoes. Join HDRA and get some seeds. The added bonus is you will have a fresh supply of organic salads and vegetables.

Next spring, we hope, if there is the support and a supply of seeds, to run a Seedy Sunday locally.

In the meantime, at a local spring fair, we may have seedlings on sale, where again we will encourage the idea of seed saving and seed swaps.

Some past Seedy Sunday events