The Rotten Borough of Lewisham is failing its local community with its planning policy, with its housing policy. It is though the developers best friend, providing ideal development opportunities. In practice it is no different to many other Councils that fail to act in the best interests of the local community but are quick to provide development and get rich quick opportunities for property developers. 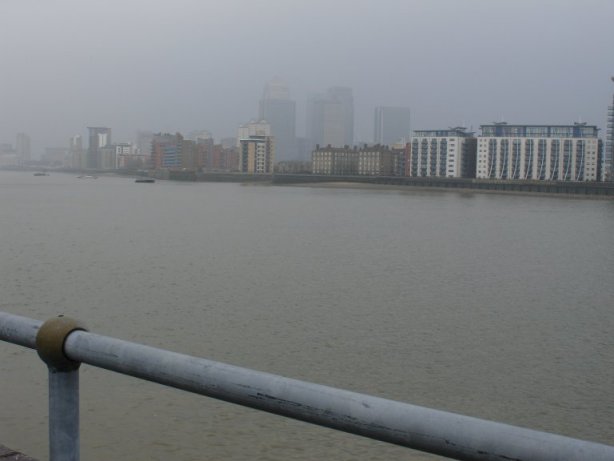 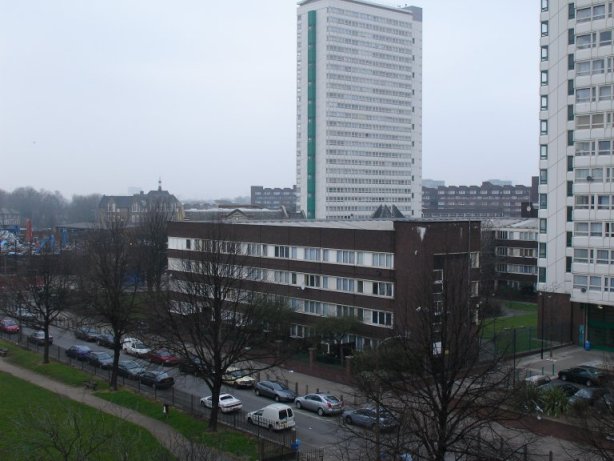 'The Borough of Lewisham already has the least Green and Open space in London ... This development is going to necessitate the demolition of the sole surviving historic building in the park.' -- Deptford Park Residents Association

As parks go Deptford Park is nothing to shout about. As parks go, it's a pretty dismal place. It's not very big either. About the size of a couple of football pitches. On the other hand, if it's all you've got, then it's the jewel in the crown.

For the people of Deptford, Deptford Park is their park, it is all they have got.

Deptford Park is the only significant open green space between Southwark Park and Greenwich Park in South East London. It nestles in amongst high-density council estates, residential housing, and commercial property.

London & Quadrant (a housing association and major property developer not only in the Deptford area but also across London), put forward the idea to Lewisham Council to build on Deptford Park.

Local residents have referred the deputy mayor Gavin Moore to the Standards Board for England for comments he made on the scheme.

In terms of relating to tenants, London & Quadrant is one of the bad housing associations, that is if you don't like a call centre being in one part of the country, repairs controlled from another, not that there are any housing associations that could be classed as good.

Were the proposed development to go-ahead a 4-storey block of flats, other buildings, a car park and access road would be constructed in Deptford Park. The development would involve destroying a number of 100-year-old plane trees and the only original Victorian building in the park.

The Rotten Borough of Lewisham could argue, and probably did argue, that there is an acute shortage of social housing in one of the most deprived boroughs in London. The demand for social housing is growing and cannot be met.

No one would dispute any of this. Which then throws the spotlight on this acute shortage and who is creating it.

Across the road from Deptford Park is the Pepys Estate. Built in the late 1960s, the estate was undergoing refurbishment in the 1990s, the refurbishment then mysteriously ground to a halt. The Rotten Borough of Lewisham claimed it no longer had the money to continue with the refurbishment.

Even more mysteriously, the Rotten Borough of Lewisham ran out of money for the blocks nearest the river. A prime development site with views across the Thames to Canary Wharf. A site worth millions.

A 23-storey tower block has been emptied of tenants, the block sold to Berkeley Homes, to then be refurbished and sold as luxury riverside apartments with stunning views along the Thames. Other blocks are earmarked to be demolished, and offered to Hyde (another large housing association and property developer operating across London and southern England). The cleared site will be redeveloped by Hyde and the new blocks offered on a shared ownership. The lucky few being able at some time in the near future to sell at a vastly inflated profit.

Unfortunately for Hyde and Lewisham, squatters have seized one of the blocks and until such time as the squatters are evicted, demolition and development has been halted.

Eviction proceedings are to be heard in court on the morning of 15 April 2005 at Woolwich County Court 165 Powis Street London SE18.

With a lifetime of boredom and poverty, and not forgetting crime, stretching before them, the least we can do is ensure these people have decent housing and access to green and open spaces.

What we are seeing in the Rotten Borough of Lewisham, poor housing policy, poor planning, is unfortunately not restricted to Lewisham. We are seeing the same across the country, council tenants conned into privatisation of their homes or the same via the back-door of redevelopment, open spaces destroyed, historic buildings demolished, Victorian housing bulldozed, town centres trashed, communities broken up and scattered, so-called 'regeneration' schemes, all in the name of creating development opportunities for property developers.

In the South London Borough of Lambeth it is proposed to sell Clapham Park Estate to Clapham Park Homes (a subsidiary of Metropolitan Housing Group). Half of the existing council flats would be demolished to enable the site to be redeveloped for 1,428 luxury private flats at a cost of £560 million. The profits to be made would then easily cover the £28 million cost of refurbishment and bringing up to a decent standard the remaining flats. To date, £2.5 million of taxpayers money has been spent in trying to con the existing tenants into agreeing to these proposals. Threats, abuse, smear campaigns against opponents, rigged ballots, all is par for the course.

"With a lifetime of boredom and poverty, and not forgetting crime, stretching before them, the least we can do is ensure these people have decent housing and access to green and open spaces."

These people? I'm sure "these people" are really grateful to have a condescending do-gooder save some patch of grass so they can distract themselves from their bleak and pointless lives of crime and poverty.

someone's raking it in!

What about the Ladywell swimming pool debacle? Hundreds of thousands of £££ spent doing it up - only for it to be closed a few short months later with the announcement that it will be pulled down to make space for housing. So how come they didn't know that before spending the dosh? Could it possibly be that someone in the council has a mate in the building trade who just happened to get the contract to do up the pool? And guess who pays ...