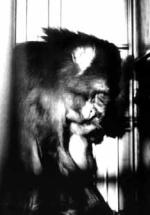 American special agents were so concerned about the activities of Britain's leading animal rights extremists that they tapped their phones and intercepted their emails over a six-month period as part of a covert surveillance operation.
According to documents filed in a US court, between November 2002 and the following April the Federal Bureau of Investigations (FBI) made a series of applications to judges that allowed it to monitor conversations between the UK leaders of Stop Huntingdon Animal Cruelty (Shac), the group that campaigns to close the Cambridgeshire-based animal research firm Huntingdon Life Sciences, and their US counterparts.

The documents show that the FBI monitored the emails and phone calls of Shac members Greg and Heather Avery when they visited the US, in addition to Natasha Taylor, who has worked with Shac in the past, and Robin Webb, spokesman for the militant Animal Liberation Front.

Details of the monitoring campaign come amid a wave of attacks against targets with links to the US laboratories of Huntingdon Life Sciences. Last week alone nine attacks were reported against HLS targets in the US.

Yesterday Webb admitted he became aware that the FBI was tracking his movements when he visited the US. 'I was certainly singled out, every public meeting I addressed there were obviously FBI agents present,' he said.

News of the FBI's interest in Britain's animal activists comes as seven US Shac activists prepare to go on trial in New Jersey this June. The seven, who include the leader of ShacUSA, Kevin Kjonaas, are charged with conspiring to commit 'animal enterprise terrorism' and face up to three years in jail if found guilty.

They are accused of publishing the names and addresses of Huntingdon employees and their children's names on a website and listing the 'top 20 terror tactics'.

The case is expected to test the extent to which internet speech is protected by the First Amendment in an age of expanding communication technology and new laws to thwart terrorism.

Opponents of the animal rights movement said links between UK and US activists were well known.

'Animal rights extremists in the US have always worked closely with their UK counterparts,' said David Martosko, director of research at the Centre for Consumer Freedom, a Washington-based organisation that campaigns on behalf of business interests.

For new on Animal Rights see