Suggested donation at the entrance £3. 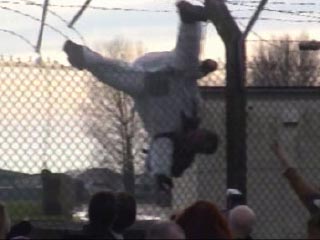 The venue will be 15 rampart street, london E1 2LA


The Evening starts of with Duncan McPherson, tonight solo, presenting his lovely songs on the guitar, followed by a bardic take on the dysfunctional soap opera called western culture by Corneilius Lookwood. 'Great voice, awesome lyrics and a fine guitar player, you know that this writers' brain is fully engaged, a true master!' www.corneilius.net

Next on stage, named after Maxim Gorky's classic proletariat play, the Lower Depths will bring the punk into the rampart. Stomp your feet to the pogo and then dance to DavidCronenberg'sWife: 'Dark surreal humour. A runaway pram collision of early Beck, Daniel Johnston, The Scaffold, Frank Sidebottom, The Fall.' (Sgt Buzfuz) www.davidcronenbergswife.com

After that, Surge will explore matching techniques of synthesis of electronic musical structure. Both technology and emotions are included in his danceble live set.

On the turntables:
DJane Sexyrubbersole from the WomensAnarchistNuissanceCafe with her vibrant dNb vibes, Anarchist electro grrrl pop and punk with DJane Mondstrom from Germany and last but not least from old skool funk at its best to new beats with DJ Milo.

The event aims to enable the production of volume 3 of the R2R video compilations with informative, entertaining, inspiring and empowering videos to promote alternatives and ideas that facilitate positive change.

There will be a screenings of R2R films, such as 'SupperTroupers' and 'Big Brother', shorts of FIT harrasment of the Wombles, 'Sky Roma' a rather amusing video of a demo held outside the Sky Studio in Rome, 'Bayer blockade' direct action training video, and even a film about the rampART social centre itself.

The independent video production collective Real2Reel is part of the blooming alternative media movement and works within an informal network of video activists that is rapidly growing around the world.

oops, forgot to add that FreedomX will be doing visuals throughout the night.