A pleasant retail experience or a trip to hell. 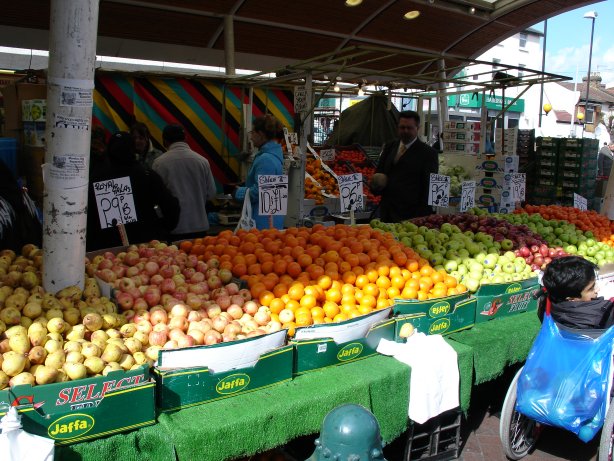 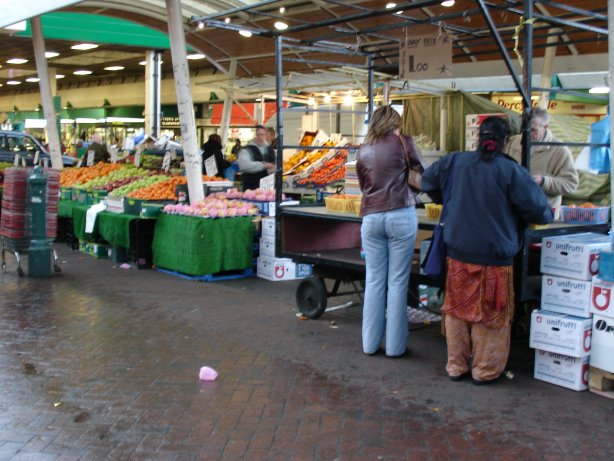 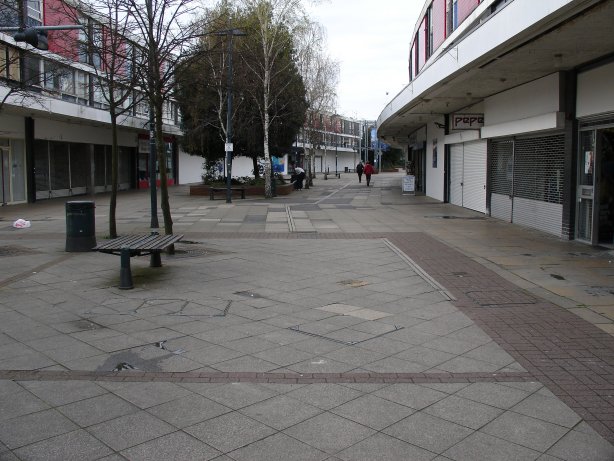 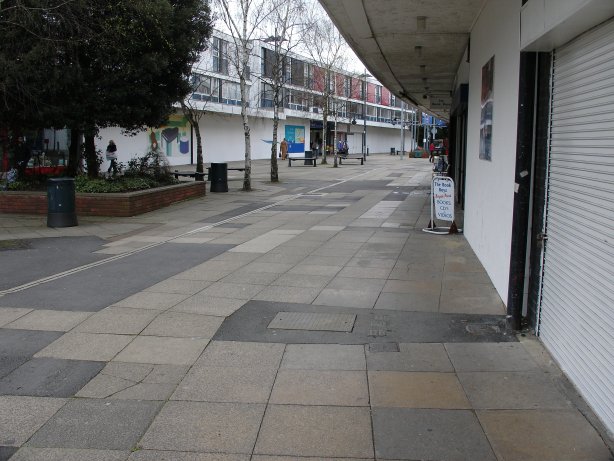 Asda is not a place I usually wander around, but I fancied a grapefruit, so I popped in and decided to have a look around.

The first thing that struck me was how pitiful the fruit and vegetables looked, and how little there was. Maybe they have stock control problems, I thought, not enough lorries whizzing up and down the motorway networks. There were large gaps and empty boxes. But even taking that into account, there was not the range and choice I had seen at Queens Market.

The next thing that struck me was how tired the fruit and vegetables looked, and how much of it was shrink-wrapped.

I then had a wander around the store. I noted that the pitiful selection of seeds in the garden section was very small compared with what I had seen in the few remaining stores left in Farnborough, and what they did have at often more than twice the price. Immediately exploding two myths at once that superstores are cheap and provide choice.

I sampled some of the roast chicken on offer. Okay I guess if you like your chicken tasting of washing up liquid. Actually I was not too sure what it tasted like, something of a cross between washing up liquid and disinfectant.

On to the cooked meat deli counter. The meat was very tired looking. All dried and shriveled up. I remarked to the woman serving, well she was serving when I finally caught her attention, that she must have very undiscerning customers. My local butcher would hang his head in shame if he was to supply meat of this poor quality.

Wandering around the store I could not be bothered doing a head count, but I roughly guessed around 30 staff working there. Most of them looking pretty glum. Obviously the Asda message of 'colleagues' wearing a plastic smile all day had not got through to this lot or else it begins to slip as the shift progresses.

All the time I was there, horrible muzak playing in the background with the occasional Big Brother voice-over telling me what I should buy.

But this is nothing yet. Asda plan big screens, bombarding you with what to buy. It appears the commercials on TV don't stay embedded for long, the message is lost after a few minutes. On the other hand, if you can be bombarded whilst you are in-store.

Asda are also planning RFID tags so you can be tracked on what you are buying.

On my way out I asked the duty store manager how many staff were working there. He said there was around 50 working on the shop floor and it usually works at around 75% of the staff at anytime in the store are on the shop floor, the others are out the back unloading lorries, carrying out admin.

So how does the Asda experience compare with Queens Market and the shops outside in Green Street?

The quick answer is it doesn't.

In terms of providing employment, Asda at two to three times the floor space was providing a fraction of the employment. The staff in Asda had glum faces, mind you so would I if I had to be in Asda all day, it is bad enough having to shop there. The stallholders in Queens Market were smiling and clearly enjoyed their work, mind you if you stepped out of line they'd soon give you a mouthful.

Prices in Asda were not noticeably cheap. They are on what are Known Value Items, bread, milk, etc. Customers are then seduced into believing everything is cheap, which is not true.

The fruit and vegetables were pitiful compared with what I saw at Queens Market, in terms of freshness, choice, seasonality, and price.

My local butcher would put the cooked meat to shame.

Had I got into town earlier, I would have gone to the Tuesday Market, a once weekly street market where there are a couple of very good fruit and vegetable stalls and one not so good, as it was I was late and so was forced to pop into Asda.

And did I get my grapefruit? Unfortunately not. If they did have any I did not see any.

Whereas when I was at Queens Market I came away loaded down with two carrier bags of fruit and vegetables. A bit of a drag when I had to drag them half way across London, and then back home. The hard part was resisting the temptation to buy loads more.

I also came away with two Indian dance CDs, which I found in a dress shop, which doubled as a CD and DVD shop, in Upton Park in a street just off Green Street. Now that is something I would not have found in Asda.

And finally, waste. At Queens Market the stallholders put their fruit and vegetables either in brown paper bags, as they do on the Farnborough Tuesday Market, or it was put straight into a carrier bag.

I rarely visit Asda as I find it to be a very unpleasant experience, so it was interesting to find out why other people endure going to Asda. Or maybe they enjoy the experience!

If you buy rubbish, then yes, it will be cheap.

Bread is a good example. What is on sale in Asda is rubbish. It bares no resemblance to real bread. Compared with bread off a Master Baker on the farmers market in Guildford it is at least a third of the price, but the real difference is Asda is selling rubbish masquerading as bread whereas the Master Baker is selling quality bread.

That Asda is cheaper is an illusion, and they have been repeatedly prosecuted for false claims. In nearby North Camp, the local butcher sells higher quality meats at a lower price. On the Tuesday Market, fruit and vegetables are fresher, seasonal, better quality, and cheaper than Asda.

If the Mayor of Newham has his way, Queens Market will be sold to St Modwens, a property developer who are in the business of destroying town centres, and the site redeveloped as an Asda superstore.

St Modwens has already laid waste to Farnborough town centre. Soon, Farnborough will be an Asda superstore and little else.

If the Mayor of Newham has his way, not only will Upton Park lose Queens Market to an Asda superstore, they will also lose all the small and not so small independent stores in Green Street.

The question the people of Newham are asking is: why is our mayor acting for a Birmingham-based property developer and a US-owned supermarket chain and not for the local community he was elected to serve? The same question the local community of Farnborough are asking of their council having seen their town centre trashed by KPI, a Kuwaiti-funded St Modwens front company.

When the Mayor of Newham refers to the people of Newham as 'second class citizens', imposes gagging orders on Newham councillors and tolerates no discussion or debate on the future of Queens Market, refuses to release documents that should be in the public domain, something has to be very, very wrong.

The Ecologist, September 2004 {special issue on damaging impact of supermarkets}

Nine Reasons not to shop at ASDA, BVEJ Newsletter, August 2003