On Friday 8th April private and institutional investors inside the Crest Nicholson AGM, at the Runnymede Hotel in Egham, Surrey, heard how the house building company defended its rejection, of a multi-million pounds, hostile, take-over-bid from Gerald Ronson’s, Heron International. 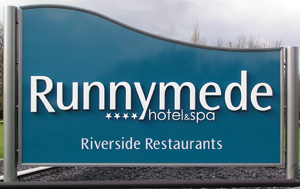 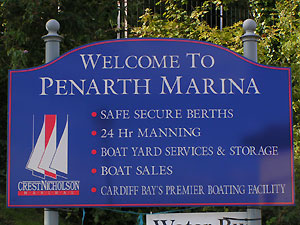 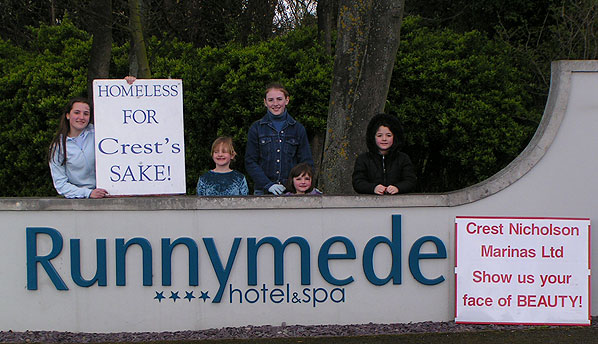 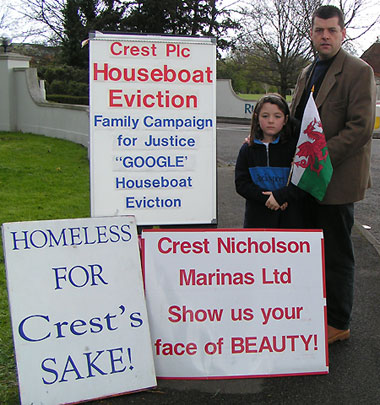 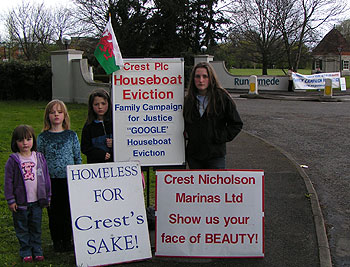 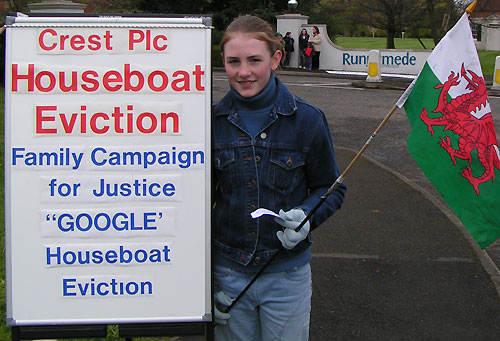 John Callcutt CEO Crest Plc The Fruit of HIs Work! 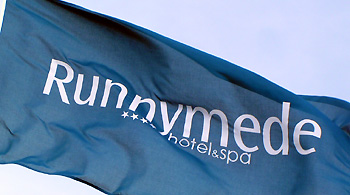 Outside the AGM, were the Crest Nicholson-evicted and ‘homeless’, Shalom family of five children.

Heron Corp (Noble Grossart and Lehman Bros) has indicated that it could make a £480 million pounds offer for the company, but Crest Plc Chairman, John Matthews insists that the Crest Group is worth considerably more. Commenting in the official ‘annual general meeting announcement’, John Matthews states, “In addition to the contracted short term land bank, we have a pipeline of agreed projects not yet contracted of 5,190 housing units and 878,000 sq ft of commercial space. This pipeline also has an expected average unit developed sales value broadly equivalent to our year end development portfolio. This pipeline includes our urban regeneration schemes at Oakgrove (Milton Keynes), Penarth Heights, Aylesbury Town Centre and Phases II and III of Bath Western Riverside.

The Shalom Family maintain that records prove that their houseboat M V Picton was first evicted from Penarth Marina in the Vale of Glamorgan on 28th October 2003, due to a ‘beauty show’ held by the company. The houseboat was subsequently seized on April 21st 2004 from Cardiff Bay waters, which Crest Nicholson claimed to be still on their property. The Shaloms maintain to have documented the case sufficiently, to believe that the property and land in question did not belong to Crest Nicholson but to the Cardiff Harbour Authority. The disputed Crest Nicholson Land ownership in Cardiff Bay, “Europe’s Most Exciting Waterfront Development”, is believed to be part of a compulsory purchase order made many years earlier, in connection with the Cardiff Bay Development Corporation. The Corporation has since been wound up but it would appear from letters received from Mr. Roger Thorney, Cardiff Harbour Authority Operations Director, that official paperwork may not have been duly processed. This is after many years of the original compulsory purchase order being made.

In the AGM announcement Crest chairman John Matthews states, “Our market position in both traditional and urban regeneration schemes and the quality of our short term and strategic land banks offer our shareholders excellent prospects for future growth and increased value.” However, with Crest Nicholson Plc involved with the making of such disputed claims of property ownership, as in the case of the Shalom family, such a state of affairs, could affect the way Crest Nicholson actually ‘sees’ its own land reserves. Cardiff Harbour Authority is owned by Cardiff County Council.

The family also hold John Callcutt CEO Crest Plc., responsible for a grounding and toppling ‘accident’ sustained to their home, whilst it was at the marina. M V Picton began to show signs of damage and an extraordinary leak was discovered after this incident, but Crest failed to grant the family permission to fix the leak, on a purpose built emergency facility within Penarth marina. Without permission being granted, the insurance on Picton expired and Crest Nicholson Marinas Limited seized on an opportunity for ‘breach of contract’, refusing to accept further mooring fees from the Family. The houseboat family were subsequently evicted on a charge of trespass.

Crest shares have surged recently to a record high on speculation that Heron could raise its offer or that another house builder might submit a rival bid, but Heron International have effectively requested that Crest Plc ‘open up the books’.

After eradicating the Shalom Family home from Wales, Crest Nicholson Plc were swift to dispose of their subsidiary marina business, to former Crest Nicholson staff, in July 2004. Headed by Simon Haigh, and Andrew Yates, the company has since been renamed as Quay Marinas Limited. Mr. Yates has conveyed to the family that he, “does not want to bring the children into all this”.

Besides their houseboat home of 14 years and entire family personal possessions, there has been no news of the children’s 7 pet goldfish, which were also seized during the final stage of the Crest Nicholson, Penarth Marina eviction process, nearly one year ago.

Crest Nicholson has paid ~ £20M of backhanders to Waverley Borough Council planning Dept, in lieu of East St Development Farham, they want to knock down a listed Theatre building and erect a multi screen cinema, the grade 2 listed theatre is owned by WB council - suprise! The underground car park to be built is below the waterline and some of the proposed site is to be built on land contaminated by an old gas works... all using public monies!