The national action against Caterpillar, which consisted of a protest motorcade past Caterpillar finance in Solihull and a rally in Birmingham city centre, was supported by national PSC (Palestinian Solidarity Campaign) & others. People joined in from Leicester, Coventry, Wales, Preston, Liverpool, Exeter etc.

At long last, action is being taken nationally and internationally to stop Caterpillars exports, from the USA to Israel, of bulldozers for aggressive usage against Palestinian civilians, in the occupied territories. 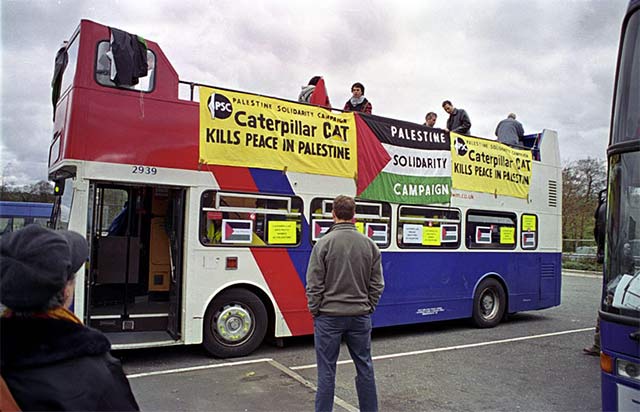 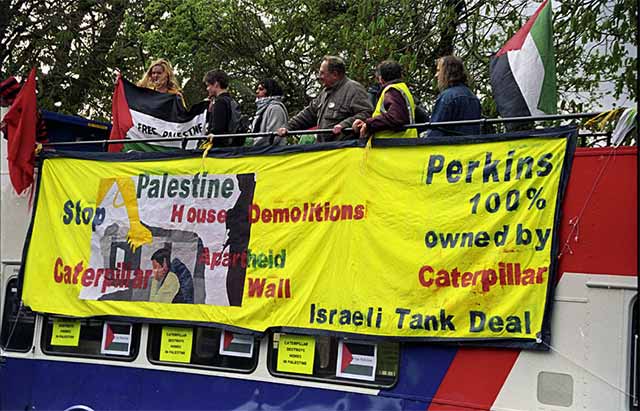 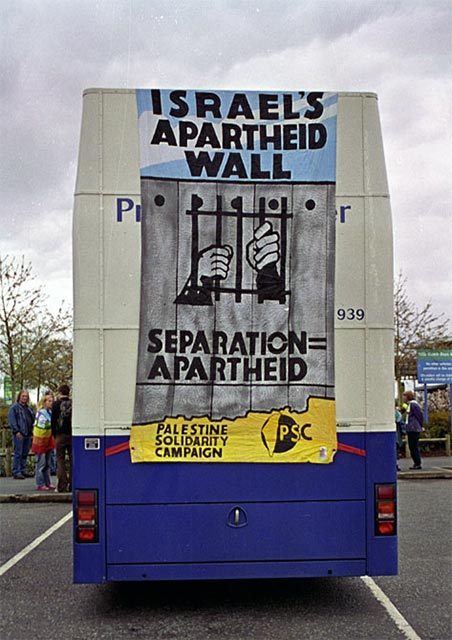 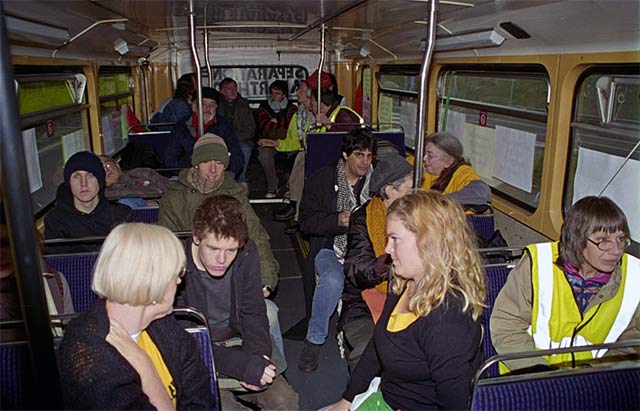 the wheels on the bus go round and round 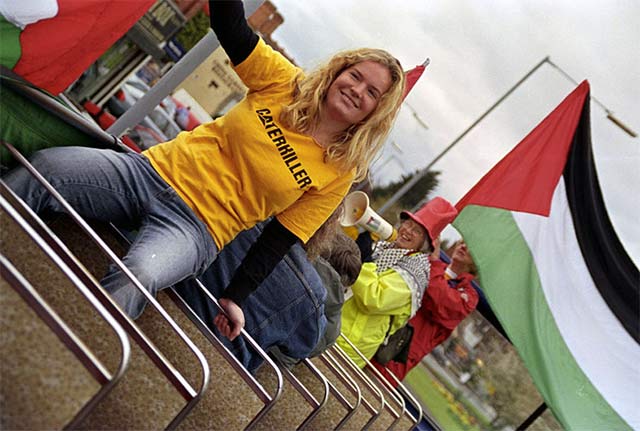 on top of the bus 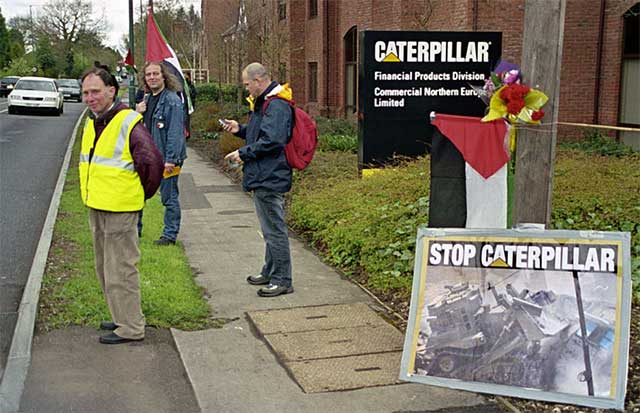 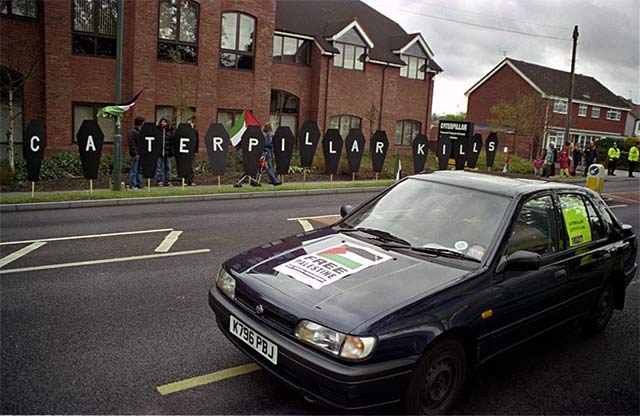 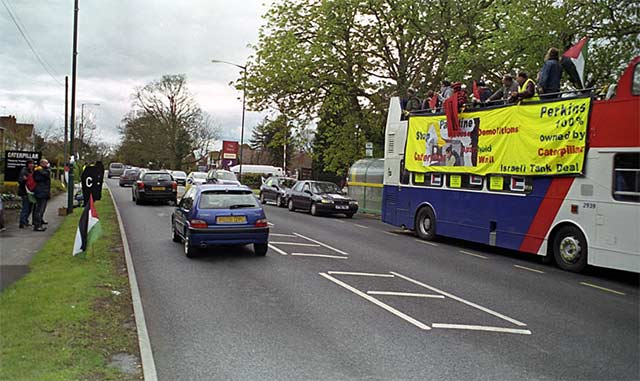 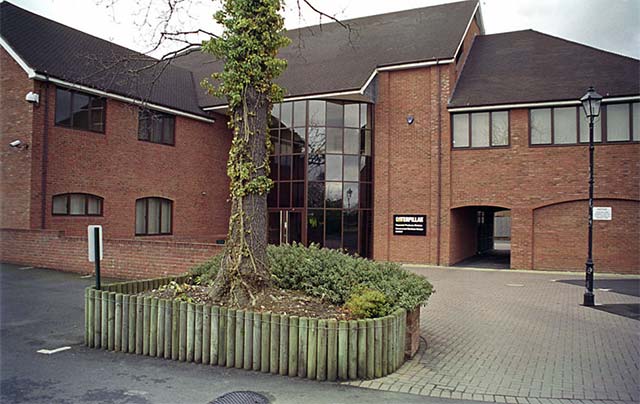 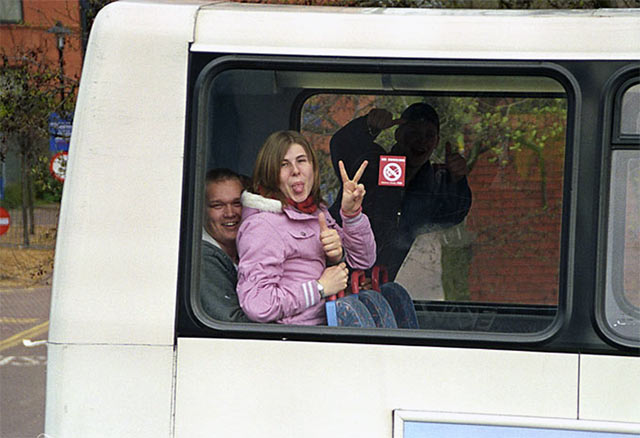 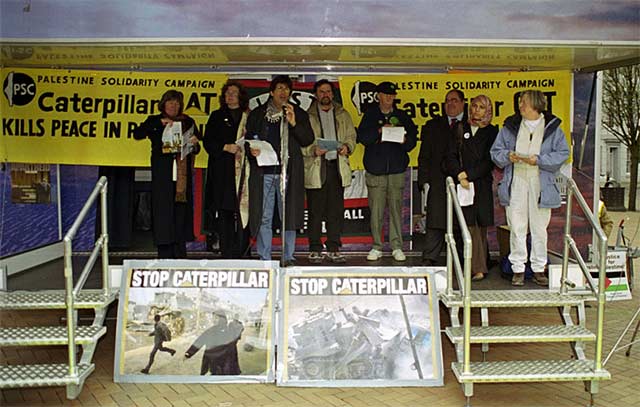 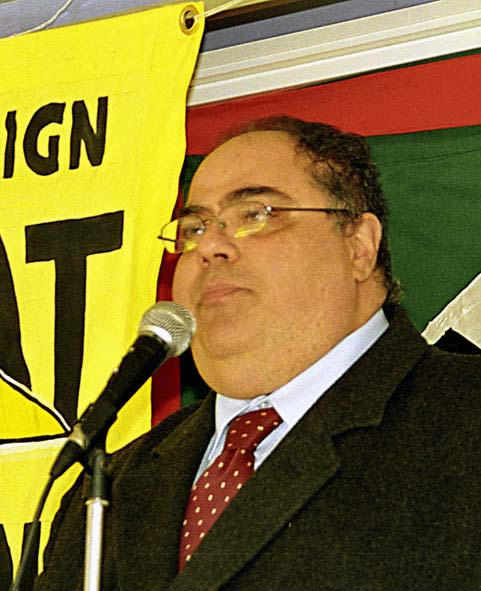 Kamel from the Ramallah twinning committee 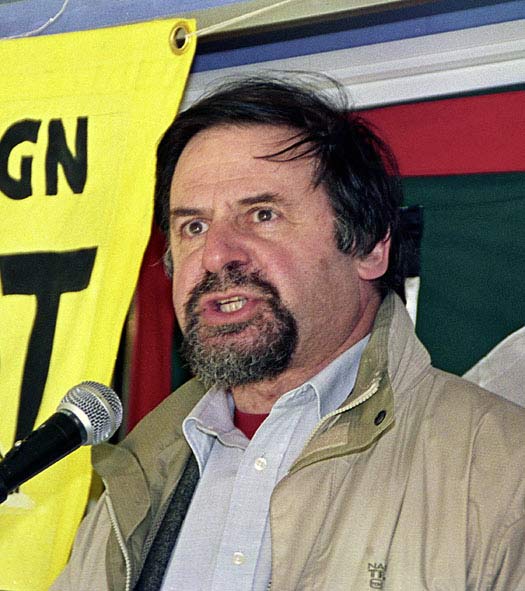 Stephen from Jews for Justice 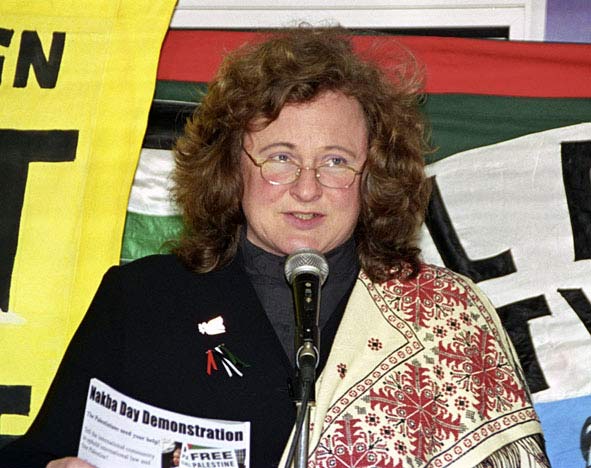 speaker from the Friends of Sabeel 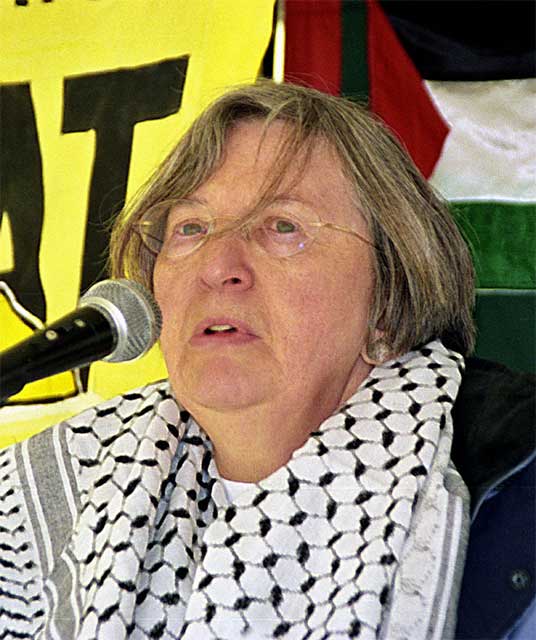 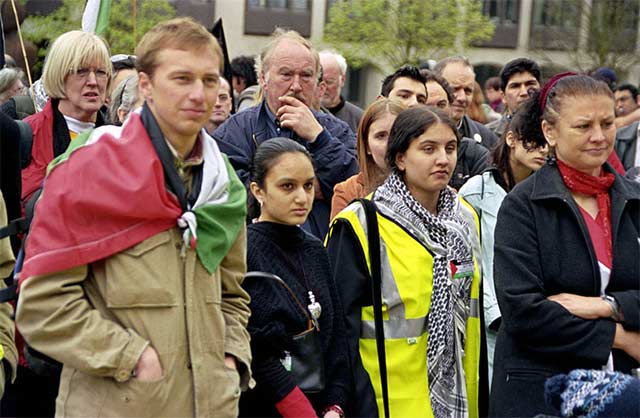 the real focus of the rally: the diverse people of Birmingham 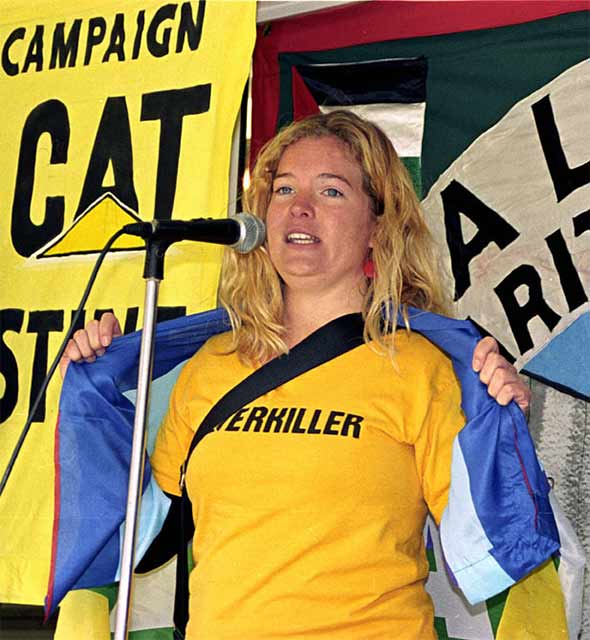 The motorcade people met up at Hopwood Service Station at 11-ish, before setting off in a convoy procession. Other than, possibly, some 60 cars, we also hired an open-top double-decker bus, flags & banners prominently displayed (e.g. "Caterpillar Kills Peace in Palestine"). Upon reaching Caterpillar Offices, some of us hopped off to join fellow demonstrators already there. Not without police presence. We cheered on the motorcade, got joyous waves & horn-honking in return.

Afterwards, following a march through the City, we linked up with the Victoria Square rally, where a stage had been set up. Various stalls, art, literature etc., around the Square, highlighted matters Palestinian. Some organisations represented by speakers: Friends of Sabeel, B'ham Stop the War, Jews for Justice, Green Party, Stop Caterpillar etc. And, the indefatigable, Clare Short.

Up to a point, a successful day. But, only when Caterpillar has ceased it's bloody war crimes, in collusion with "democratic" Israel, can we claim total success. Those who care can no longer afford to remain on the sidelines.