This is a short report with 4 photos of the showing of Danny Schechter's new film `WMD weapons of mass deception` in Amman, Jordan. 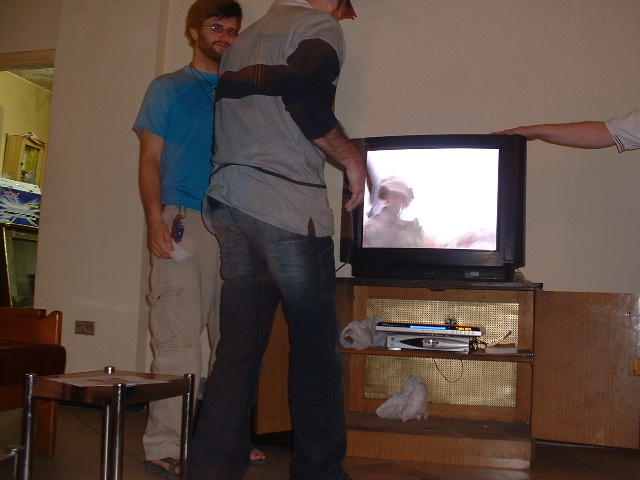 Getting the new DVD ready 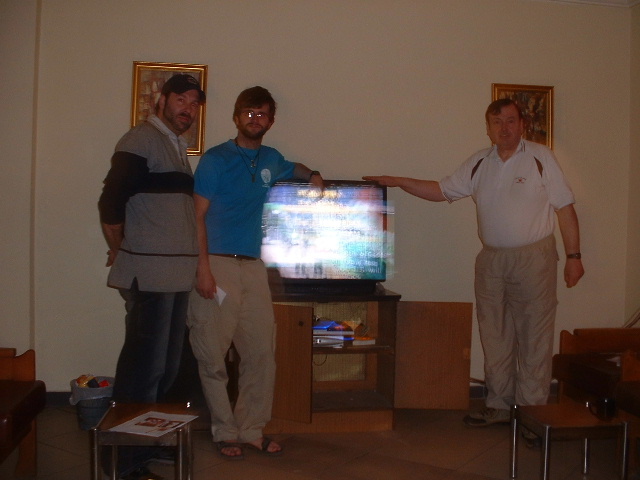 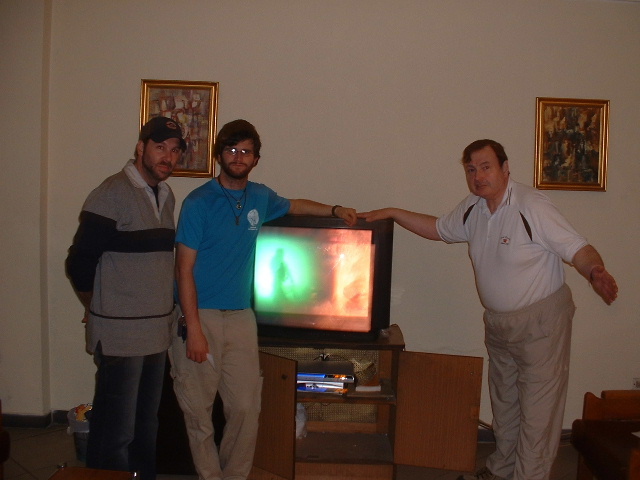 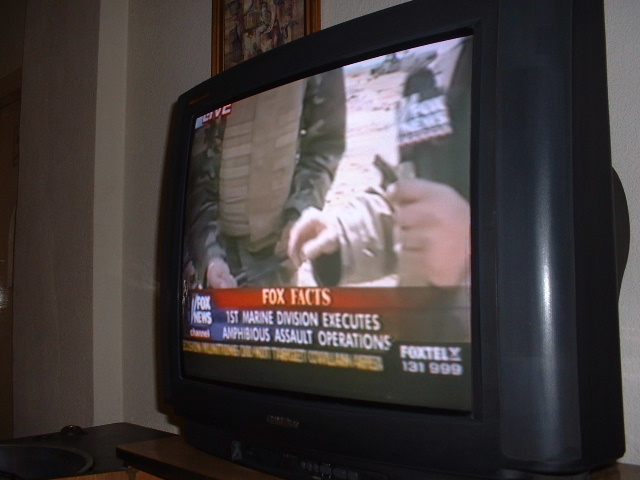 Report of showing of `WMD weapons of mass deception`
in Amman, Jordan On Monday 18th April 2005


Danny Schechter’s new film `WMD weapons of mass deception had its second showing in Amman, Jordan on Monday 18th April. The venue was the Al Monzer hotel in central Amman and those who watched included activists from Christian Peacemakers and journalists and the manager of the Al Monzer Hotel, Mr. Jibreel.

Comments included: Some people would like to know more about the film so I passed on some leaflets. An Iraqi lady thought it was very good. The manager of the hotel Mr Jibreel. “Now we know the truth.”

Another Iraqi lady called Amal said she very much enjoyed the film.

Next showing, I hope will in Beirut, to where I head today. Regards from Amman, Jordan, PAUL.