Some pics of the brilliant climate chaos banner that London Rising Tide climbers hung directly opposite BP's London headquarters in St James Sq. I breezed in during the evening after they finally unfurled it. 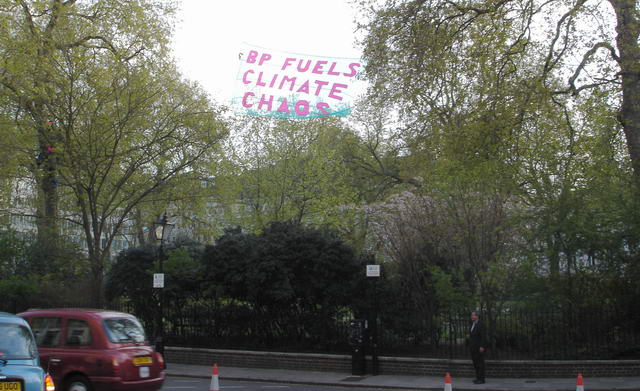 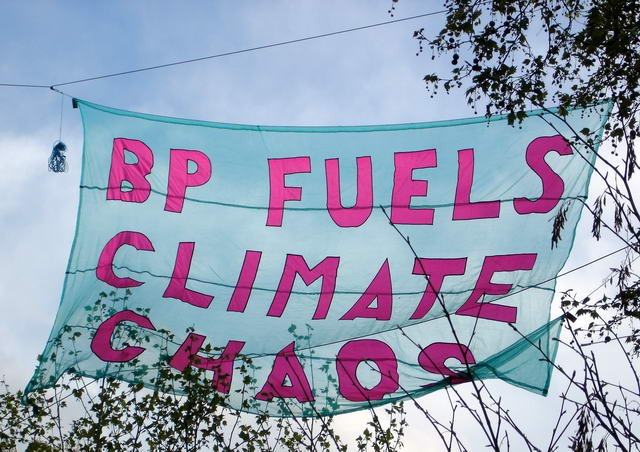 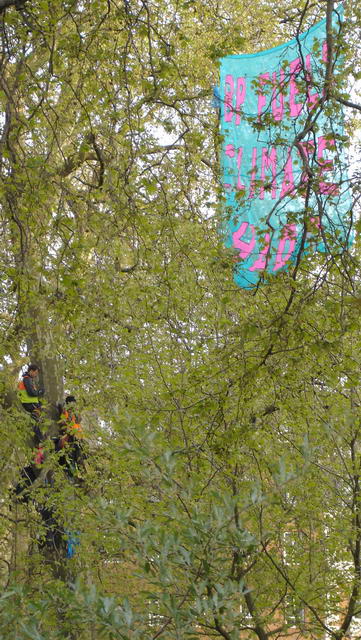 shot of climbers in 1 of the 2 trees 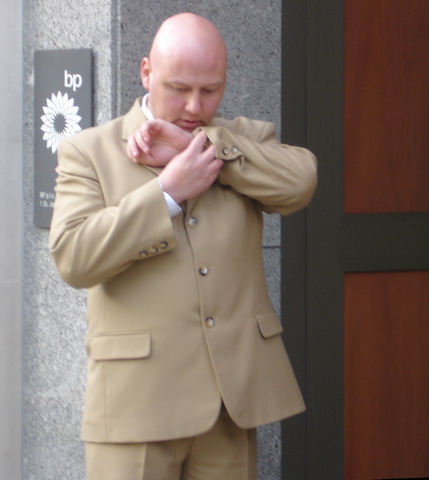 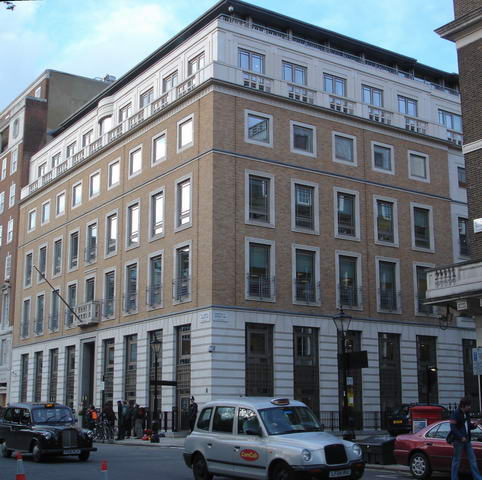 From these evil headquarters

Two teams of climbers shinned up two plane trees in St James Square at the crack of dawn and unveiled a magnificent banner right in the faces of BP's international climate criminals and their minions. Seems the climbers had quite a struggle with the banner getting tangled up in the very long span between the two trees but persistence finally succeeded.


Those James Bond fans amongst you may remember Blofeld from "You only live twice". He was the evil villain wearing a strange suit - who threatened the entire world with annihilation while obsessively stroking a spoilt cat. Well, I spotted him outside BP headquarters. No kidding he was furtively barking orders into some kind of miniature wristwatch communicator gadget. So Blofeld runs BP and holds the entire world to ransom by causing irreversible climate change. Familiar plot, it all fits - well I'm convinced. Only puzzle is where was his cat?