A noise demo has been called by the those excellent people at the St. James' Square Climate Justice Treesit Appreciation Society for 5pm, Friday April 29th, outside BP HQ in St. James' Square, London SW1. 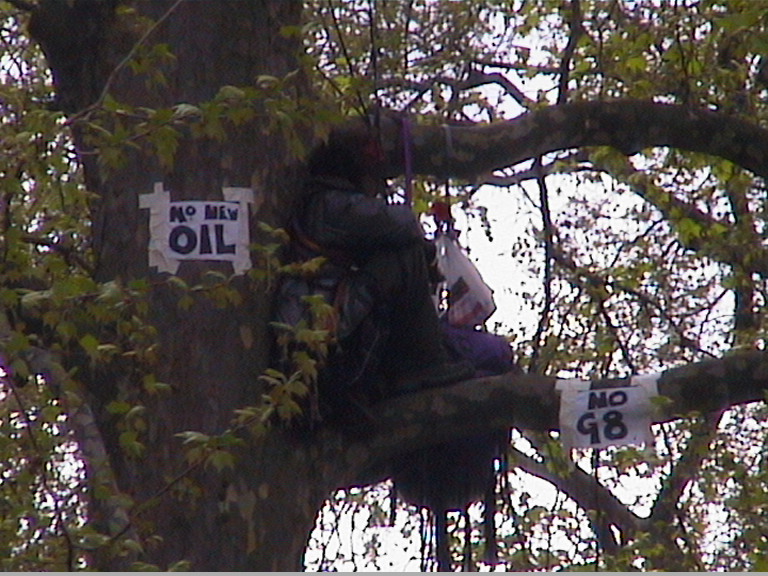 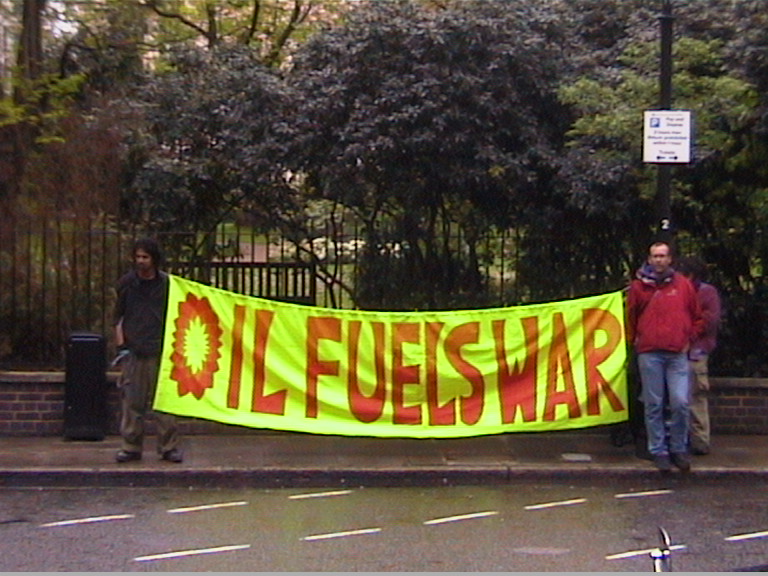 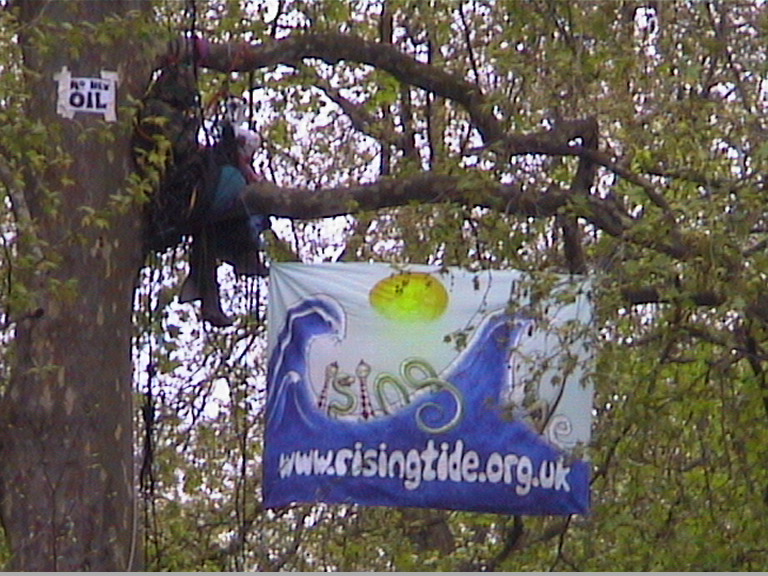 close-up of the one man tree camp 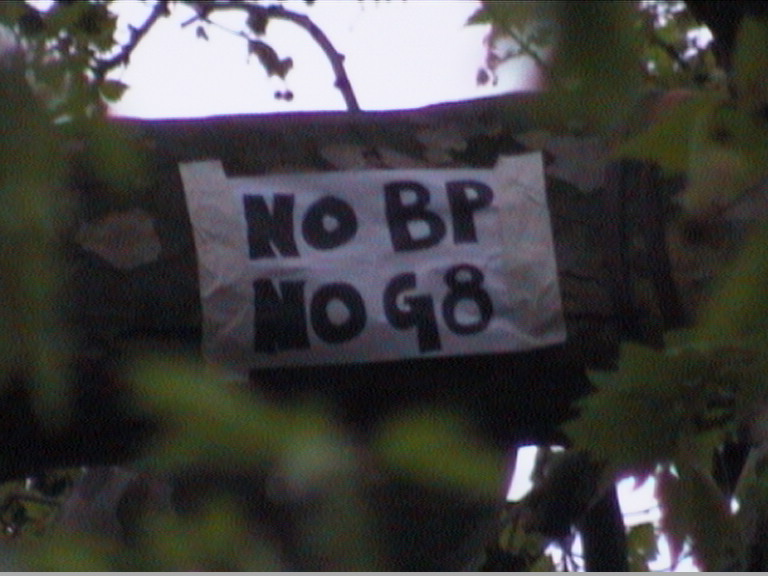 This is to celebrate the fact that one lone treesitter will still be up there,
after 3 nights and over 80 hours on his perch, calling for 'No New Oil', 'No G8' and 'climate justice now', not forgetting our old favourite, a
post-corporate, fossil fuel-free future. He needs our support!

Bring pots, pans and other noisy stuff to greet BP employees as they leave
their office for the weekend. Earplugs optional. Or come by any time.

See you there & spread the word!

One activist will spend a third night in the tree-tops opposite BP’s
corporate headquarters, in protest at the greenwashing of the company’s
environmental and social record.

On his return to terra firma, Sam Sutherland, one of the climbers, commented,

“With profits of well over $2 million every HOUR, BP is not making a
living – it’s making a killing. [1] We’re taking this action to draw
attention to what is hidden by those profits: spiralling climate chaos,
systematic human rights abuses and untold ecological carnage.”

The protesters cite as their reasons for action not just BP’s impact on
climate change [2], but also the company’s reported connections with death
squads in Colombia [3], its efforts to gain access to Iraqi oil reserves
[4], and the ‘environmental timebomb’ of its Baku-Tbilisi-Ceyhan Caspian
Sea pipeline [5].

The remaining activist refuses to say when he will end the protest and
return to the ground.


Notes for editors
1: BP has announced profits of $5.5 billion for the first 3 months of
2005. More info: see www.bp.com Investor Relations section
2: In spite of its environmental brand, BP invests about 1% of its capital
on renewable energy (Ranging between $100 and 200 million, out of total
investment of around $15 billion, the rest being spent on climate-altering
oil and gas).
3: BP has been widely reported to have paid military units in Colombia to
protect its facility, despite their involvement in human rights
atrocities. More info: see www.colombiasolidarity.org.uk
4: Prior to the invasion of Iraq, BP asked Prime Minister Blair to ensure
that there would be a “level playing field” for British companies wanting
oil opportunities in post-war Iraq, as well as American companies (FT,
11/3/03). In December 2004, BP was awarded its first contract in the
country, managing data on one of Iraq’s biggest oilfields.
5: Substantial evidence has been brought to light by senior engineers
working on the pipeline of shoddy technical standards and incompetent
construction management, leading to a high risk of spills. See
Independent, 26/6/04. More info: see www.baku.org.uk