Critcal Mass is a regular event. The meeting point is the Savoy cinema on Derby Road in Lenton on the last Friday of every month now at 5.30pm. We even got a police helicopter, to look over us, for our safety you understand ...... 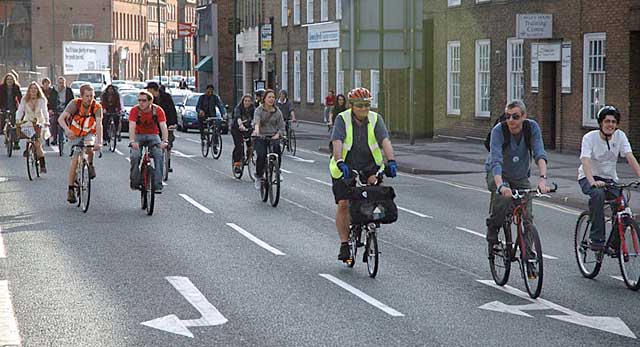 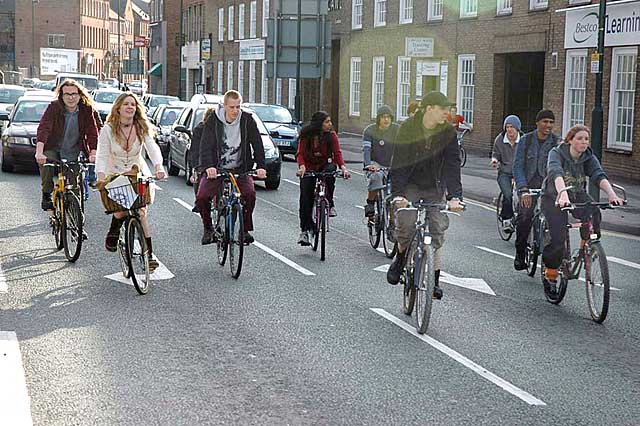 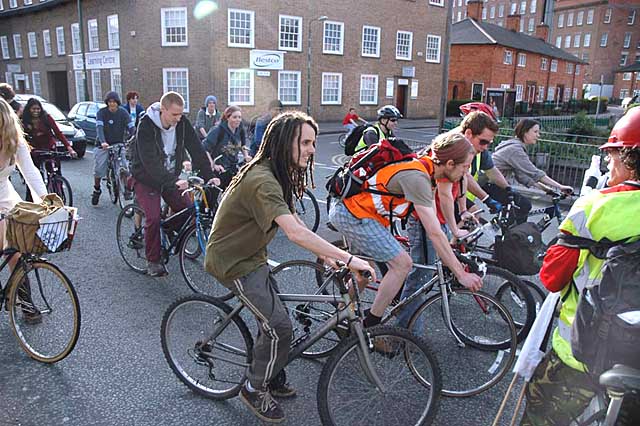 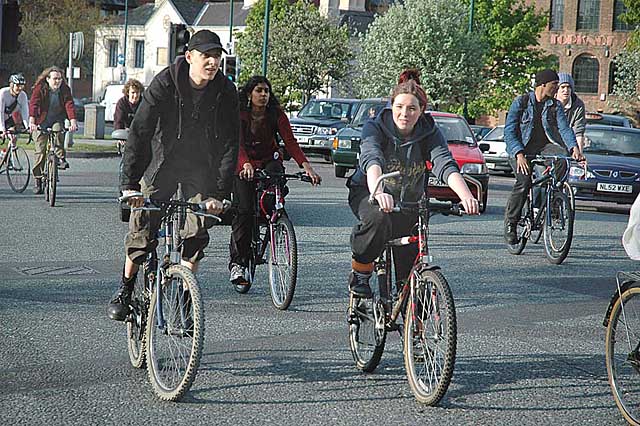 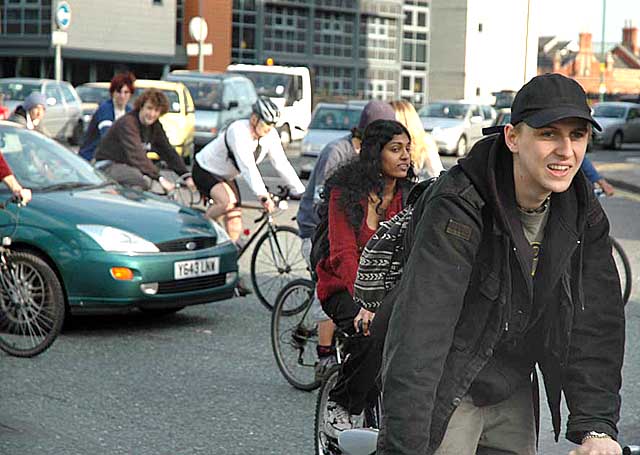 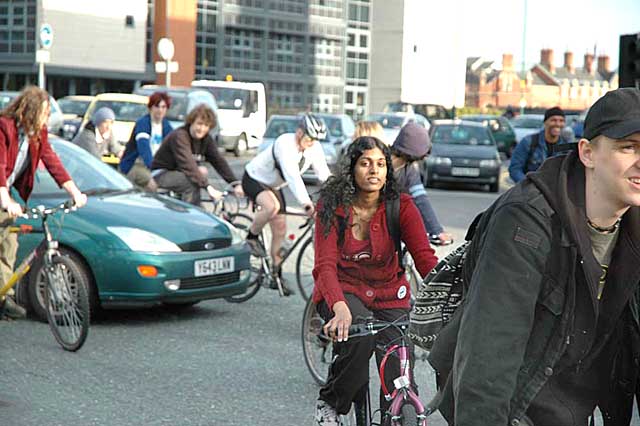 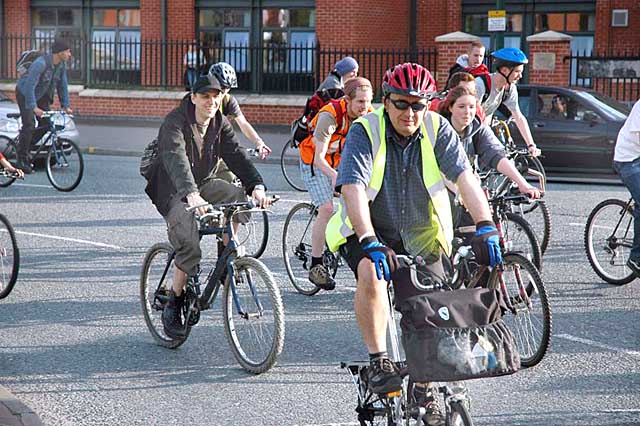 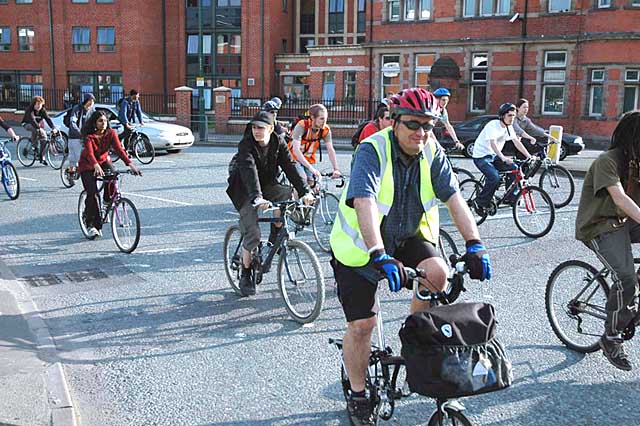 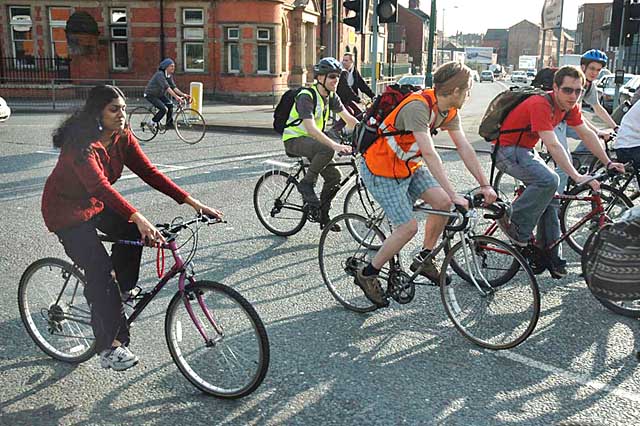 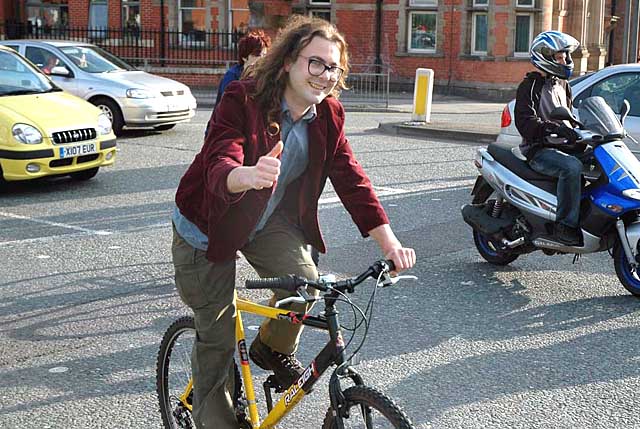 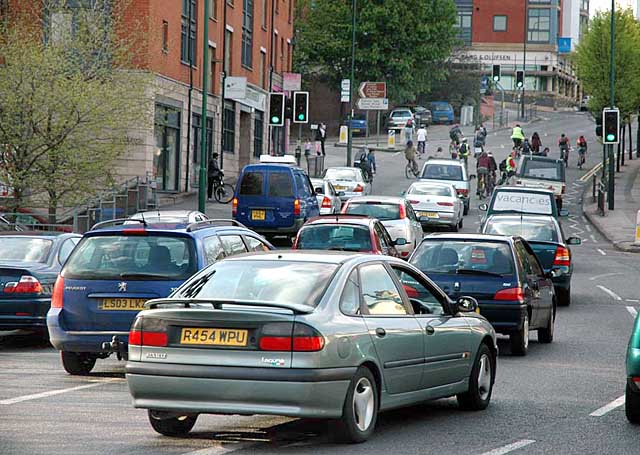 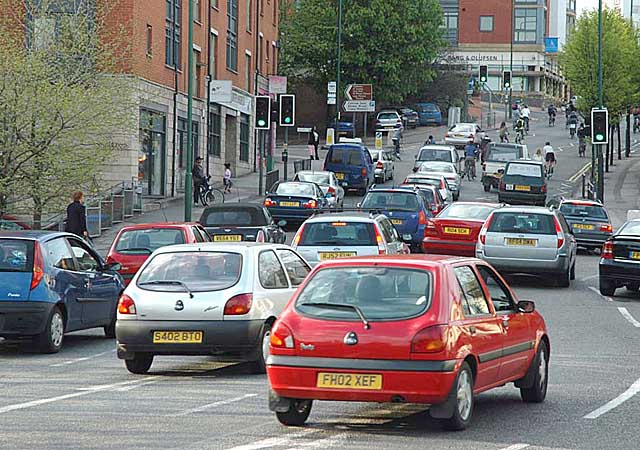 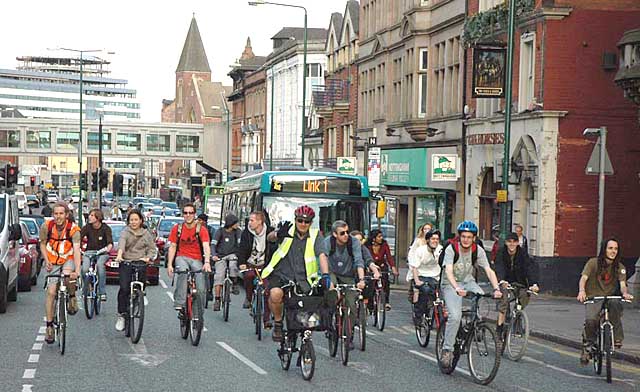 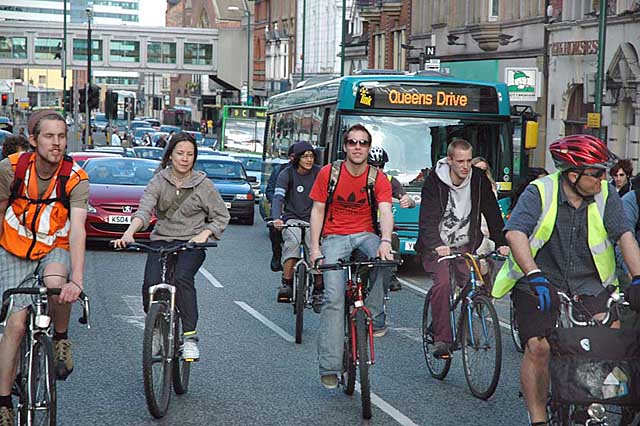 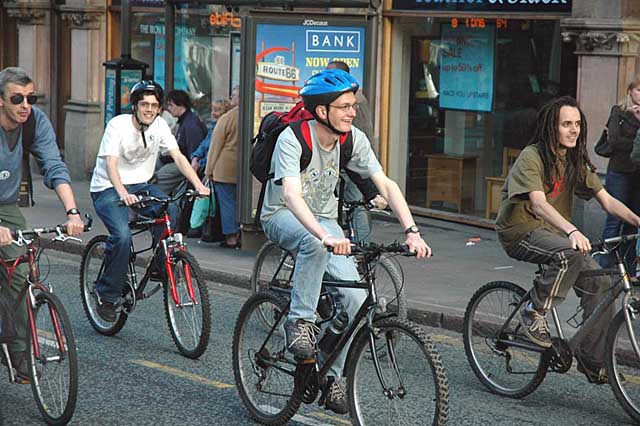 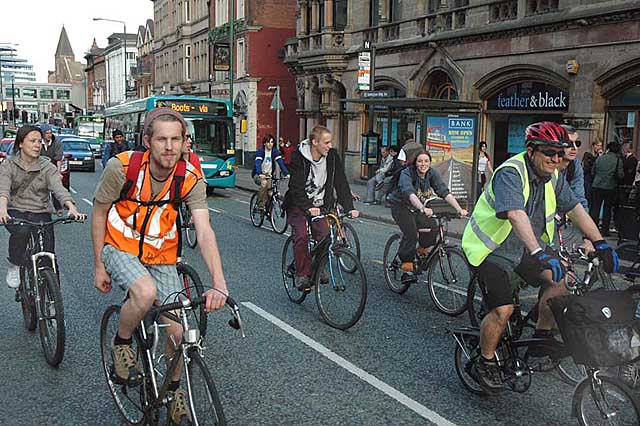 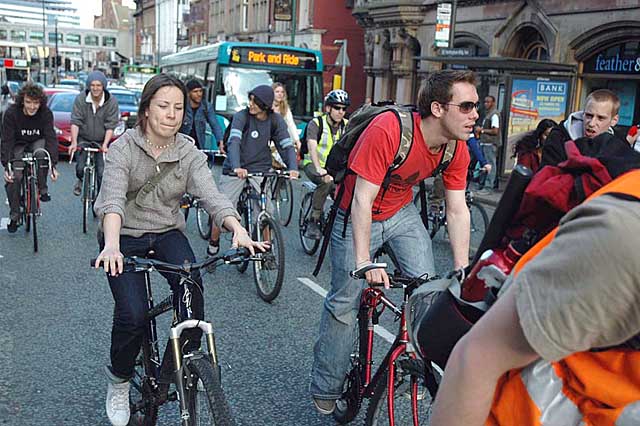 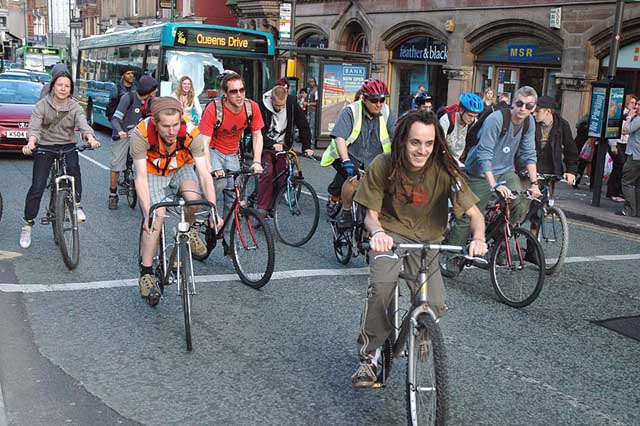 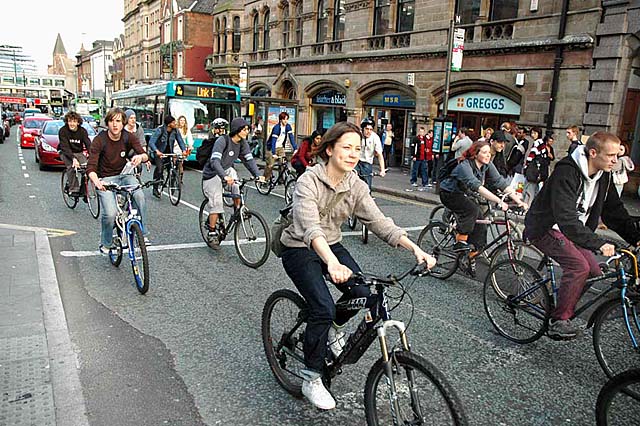 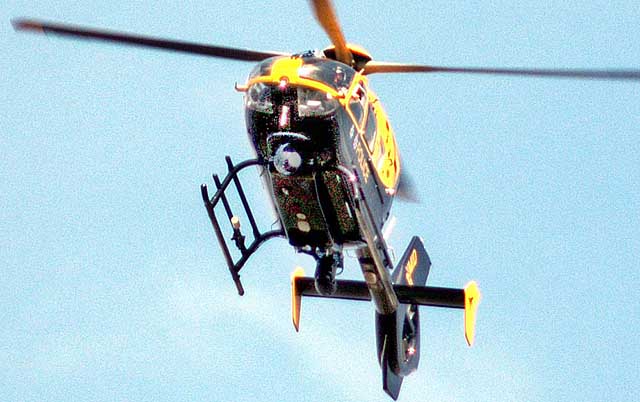 Critcal Mass Bike About in Nottingham

Critcal Mass is a regular event. The meeting point is the Savoy cinema on Derby Road in Lenton on the last Friday of every month now at 5.30pm. We even got a police helicopter, to look over us, for our safety you understand ......

The ride lasts no more than a couple of hours (depending on the weather!) and usually ends in a conveniently placed pub for more drinks.

Most all, they are peaceful, safe and fun!

"We are not blocking the traffic - We are Traffic!"


You can see more piccys of an earlier Critical Mass in Nottingham at:

Actually, while we're on the subject, please check out:

On Saturday the 11th of June 2005, many UK cyclists will participate in the second annual World Naked Bike Ride! This bike ride protests against oil dependency and celebrates the power and individuality of our bodies.