It was a wonderfully evening, warm and with a great atmosphere. Well over 500 people took part (perhaps even a thousand but it's difficult to get an accurate idea on the numbers). 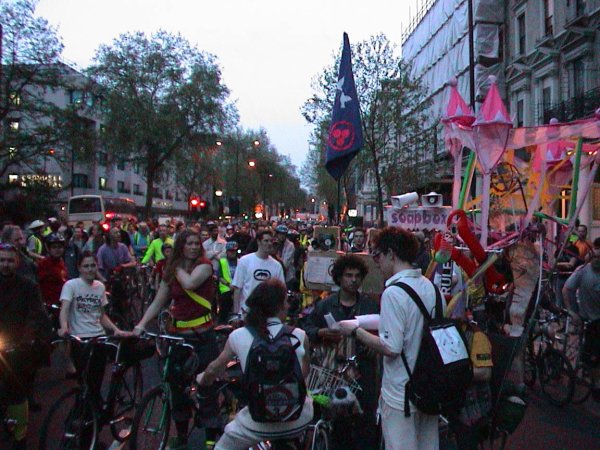 Mass stops in Cromwell road in memory of slain cyclist 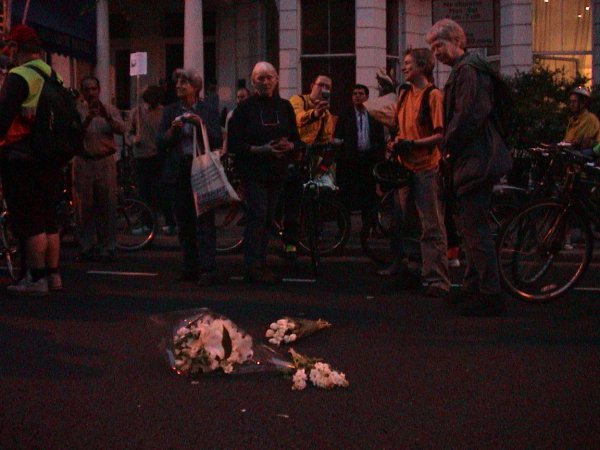 There was cake, toffee, free t-shirts, and the usual mix of bikes plus a fair few skateboarders and roller blades. There were also plenty of bike cops who liked to take charge but somehow always managed to miss those few incidents when a driver get violent. One cyclist was knocked down by a car on the wrong side of the road outside buckingham palace and in taking control of the situation the cops sent away all the witnesses!

The ride headed out to West London in memory of Thomas Sippel-Dau, a cyclist left to die on Cromwell Road a few weeks ago by a hit and run driver in a 4x4 swerving between lanes. Friends and relatives of the murdered man laid flowers and a minutes silence was observed as the mass stopped at the point of the killing.