After a brief but meaningful visit to TESCOs in Hackney, a few hundred like minded individuals were herded onto the pavement outside the store and held in the sunshine for about one hour and a half. The arrests and aggressive behaviour by the Police were met by an equal amount of determination/dignity/solidarity by the protesters inside and outside of the cordon.
The demo was moved to London Fields were the party continued with the aid of the samba band.
There was more Police aggression resulting in more arrests and solidarity/resistance. Eventually the cops withdrew after an afternoon of unecessary provocation and bullying.
WELL DONE to everyone who turned out to protest, create, party and defy the intimidation. 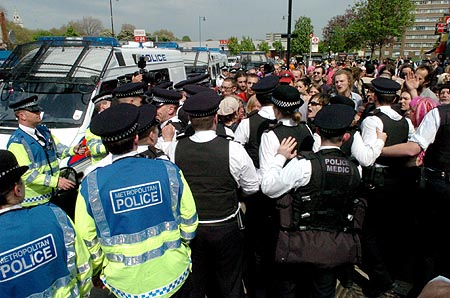 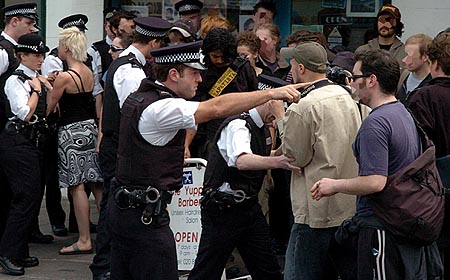 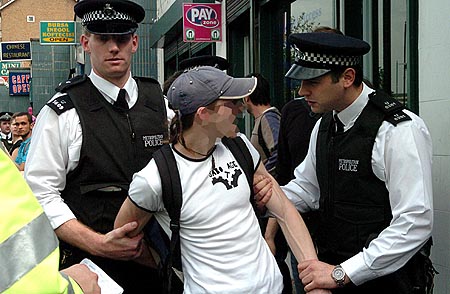 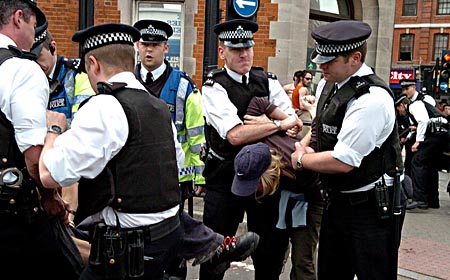 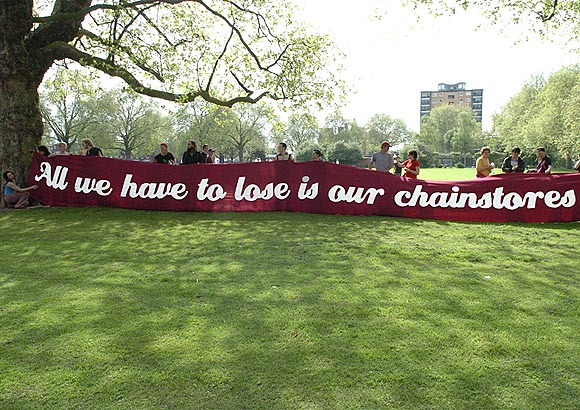 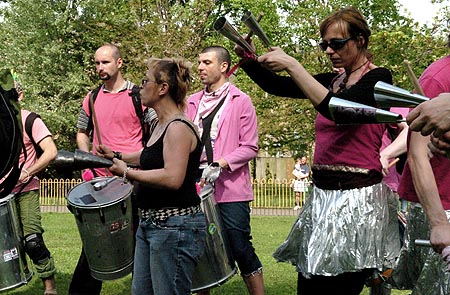 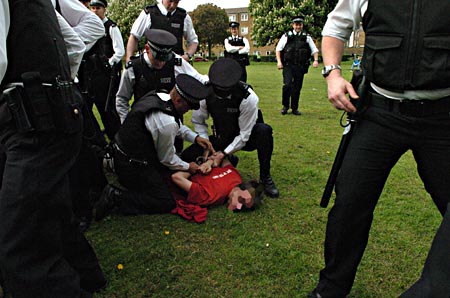 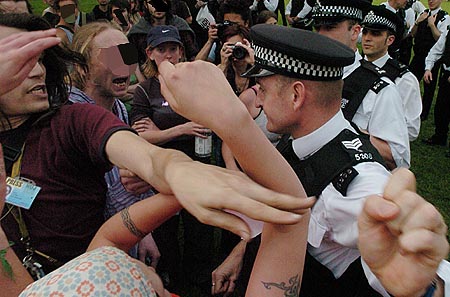 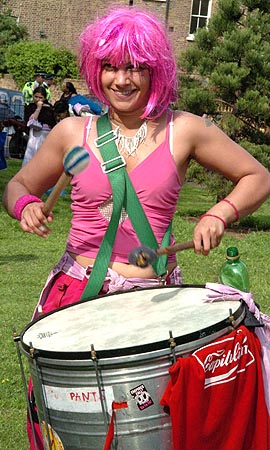 Some much for the claim in various newspapers that MAYDAY was no longer happening.......