Moving Forward Together 'staying focussed - keeping up the struggle' 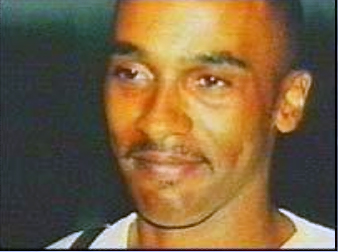 Hosted by the internationally respected poet Benjamin Zephaniah. An evening of radical film, music & debate around deaths in custody. Come hear the facts and meet the families of people that have died in police, prison and medical institutions.

The screening of this powerful film, banned by Channel 4 and the BBC,
will be followed by Q&A session with families & filmmakers.

Injustice is the story of the struggles for justice by the families of people that have died in police custody. Between 1969 and 1999 over one thousand people died in police custody in England. Not one police officer has ever been convicted for any of these deaths. Injustice depicts how Brian Douglas, Joy Gardner, Shiji Lapite and Ibrahima Sey all met violent deaths at the hands of the police. The film documents a five year period when the families of the dead began to come together to fight for the truth.

Injustice took seven years to produce. Since its launch in July 2001 the police tried to censor the film. The Police Federation and individual police officers threatened legal action at cinemas and at the film makers who refused to stop screening the film and instead took it on a national tour showing it anywhere they could. The audience took over one cinema and projected the film when the cinema manager, under threat of the police, refused to. Critically acclaimed in its own right, Injustice also gained press and news coverage across all national channels as well as on CNN.

Injustice has been described as the most politically controversial film of recent years. It has moved cinema audiences to tears and inspired others to action with its portrayal of the struggles for justice by the families of people who have died at the hands of police officers.

All television broadcasters in the UK have refused to show the film, in April 2002 the film was projected onto the Channel Four Television building in protest at their censorship. Injustice has gained an international reputation and has been screened at over 30 film festivals around the world. Since November 2001 the British Film Institute have been distributing the film around regional film theatres. The film is also running commercially at the Prince Charles Cinema in Leicester Square. Countless community screening have be held across the UK. The film makers and families hold Q&A sessions at all screenings. The controversy around Injustice has also created a good audience for the film. Injustice was nominated for an Index On Censorship Award and won Best Documentary at the BFM International Film Festival in 2002, a National Social Justice Award in 2003 and won Best Documentary (Human Rights) at the One World Film Festival 2003.

Injustice has been screened in the European Parliament generating a debate by politicians there. The scandal that Injustice exposes, and opposes, has caused deep concern in the UK and has forced a political reaction to these human rights abuses. As a result of the film the Attorney General was forced to announce a review of the role of the Crown Prosecution Service. The families of victims of police brutality are using the film as a powerful weapon to demand justice.

For detailed information including reviews, articles and screenings log on to: