They KNEW about the exposed asbestos in the Spodden Valley?! 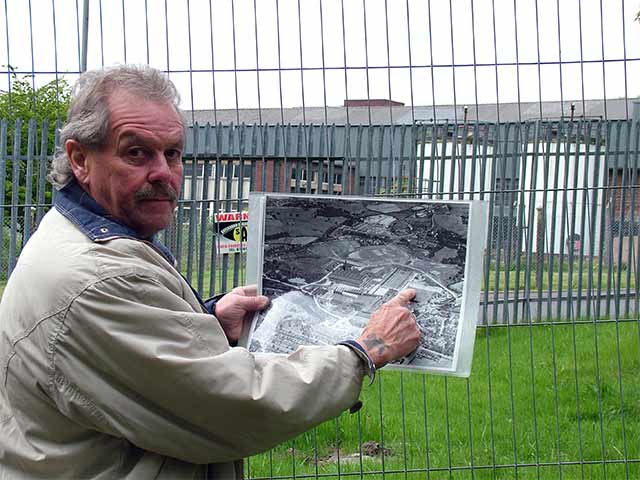 “After months of denial about exposed asbestos on the site, the letter is very damning. It proves that not only did they know of the asbestos problem, but it appears they were contemplating whether to inform the council about it or not. Why did MMC and Countryside Properties spend so much time and effort last year saying they didn’t know about any exposed asbestos on the site?”

“Countryside Properties even said on BBC Radio 4’s You and Yours Programme in January 2005 that local people were wrong to say that there was exposed asbestos in the Spodden Valley. They suggested on a follow-up You and Yours broadcast that the asbestos was exposed when trees were blown down in February 2005. This is utter nonsense: Paul Rowen, Elwyn Watkins and others were pictured beside the exposed asbestos in photographs published in the media in November 2004. If simple, undeniable facts appear to have been avoided so early in this planning process, it does not bode well for the future”.

The September 2004 letter formed part of 2 volumes of documents contained in a new ‘Asbestos Audit’ published by Encia, the developers’ consultants.

Campaigners from Save Spodden Valley have read the 2 volumes but are not satisfied with its overall content:

“Unfortunately the new reports still appear to be almost as disappointing as the original ‘Dodgy Dossier’ submitted with the planning application of December 2004.”

“Although the report now grudgingly concedes there are problems with dumped asbestos in land to the North of the factory site, they still appear to deny a problem with asbestos directly around the factory site where 600+ homes and a children’s nursery are planned.”

“One important document that appears to still be missing from the new reports is a ‘2003 Site Contamination Drawing’. This was a document compiled with the help of long-serving TBA employees. The map suggests a wide variety of contamination, including from all types of asbestos- blue, brown and white, in many parts of the factory complex.”

Save Spodden Valley have copies of this 2003 map obtained as a result of Freedom of Information Act requests to Rochdale Council, the Health and Safety Executive and the Forestry Commission.

“One area where it is suggested asbestos slurry was dumped includes woodland to the east of the site up from the Bowling Green. “This area was untouched by soil contamination sampling last year –perhaps you can’t find what you don’t look for!?”

“If the developers and their experts are still insisting that there are no problems with contamination on the main development site then we are back to Square One. Avoiding real issues about contamination does not inspire confidence”.

“Mr Nick Bone, Encia’s Managing Director shocked a TBA Working Party meeting last month by saying they did not have the time to consult hundreds of former workers and residents. This was a very disappointing comment when considering the fact that asbestos can do so much harm. In a potentially £100 million pound development what price do you put on public health and consultation?”


Concerns about asbestos dumping to the south and east of the TBA site have been confirmed by retired construction worker Bryan Sutcliffe.

Mr Sutcliffe, now aged 65, worked for R&T Howarth’s at TBA for 7 years in the late 1950’s and early 1960’s. The long- established local construction company had contracts to build new buildings as part of the asbestos factory’s post war expansion.

Old photographs from the 1930’s to the 1950’s show much disturbed soil on the eastern side of the factory complex. Former workers and residents have suggested that this was another part of the factory site where asbestos was dumped. Mr Sutcliffe says he worked in this area removing soil for the footings of new factory buildings. He drove his dumper truck to the north of the factory site and tipped the much waste beside Woodland’s Rd- the area reported on in January and March by Radio 4’s You and Yours programme.

Mr Sutcliffe is convinced that the soil he disturbed on the eastern part of the site contained asbestos. This is because he is now suffering from asbestos related pleural plaques- a scarring of the lungs that can only be caused by exposure to visible amounts of asbestos. He says he was not exposed to asbestos from any other workplace apart from his time as a dumper truck driver at TBA for R&T Howarth’s.

Mr Sutcliffe’s opinion is backed by other workers who suggest that land including “W” block, the newer parts around “B” Spinning and areas around the bowling green may still have asbestos waste dumped under these buildings. The planning application calls for these buildings to be demolished and crushed into rubble with the areas then used for houses and apartments.

“If they disturb land on this factory site – they could be unearthing a lot of trouble for this town” warns Mr Sutcliffe.

“I am very concerned about any future construction workers who may disturb asbestos on that site. Asbestos has harmed me over 40 years after working on the TBA site. I don’t want anyone else to be damaged by asbestos”.

“One dinnertime I parked my dumper truck up on TBA land. When I came back, it had disappeared down a huge hole. A mine shaft had appeared that went hundreds of feet down. The dumper truck was never recovered. The shaft was filled in with waste from the factory and capped. I dread to think what is dumped down there”.

Mr Sutcliffe is appealing for other R&T Howarth workers who know about the TBA site to contact Save Spodden Valley on 01706 644774.