As currently announced via the mainstream media, the planned G8 Alternatives demonstration against the G8 previously announced to take place on the 6th of july, from the meeting at 12 o' clock noon, passing via the front of Gleneagles hotel, in which the summit is held to the park in Auchterarder, got its permission denied by the authorities.
This coincides with the announcement of road closures during the G8 summit. 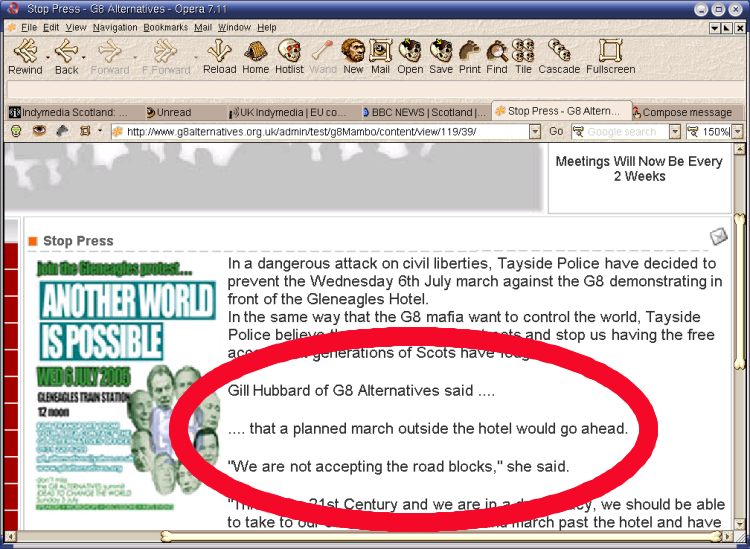 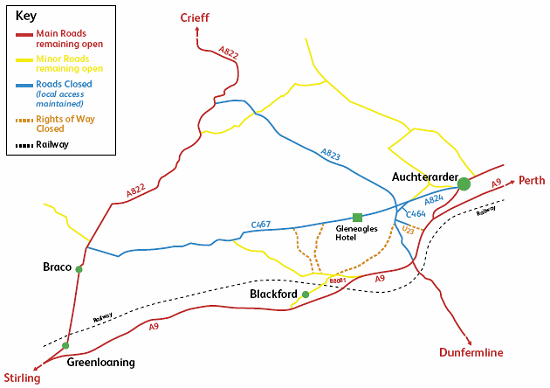 From the Tayside police website; map of road closures

However, on their website, G8 Alternatives is still currently announcing its demonstration to go ahead at the same time and route:

.... that a planned march outside the hotel would go ahead.

"We are not accepting the road blocks," she said."

How much of this announcement will actually become true remains to be seen.
Previous experience makes some anti-globalisation protesters sceptical, that G8 Alternatives founding principle of "lawfull obedience" (often confused with non-violence) will actually be tested on the spot, doubting how much of Gill Hubbard's quote can be taken seriously and on trust, and how honest and accountable she is - and will be - towards the followers of the call for this demonstration.