West Midlands police have been branded ‘racist’ by a Birmingham mother-of-five who claimed she was the victim of systematic abuse at the hands of officers. 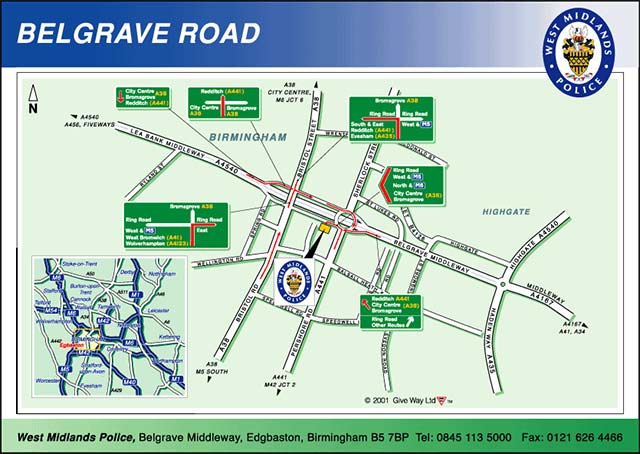 In an exclusive interview with Asian Leader, Mrs Mahfooz Bibi, a mother-of-five from the Sparkhill area of Birmingham, said she had lost all faith in the police service after her calls of help following neighbourly disputes ended up with her being handcuffed and taken away.

Mrs Bibi, who wears a Hijab, has been arrested a total of four times in a 14 -month period following a number of disputes with her neighbours. She told Asian Leader, officers at the city’s Belgrave Road Police Station, which serves some of Birmingham’s predominantly Asian areas, saw her as an easy target because she spoke little English and wore a Hijab (head covering).

She also lodged two complaints against her treatment after she was mocked and ridiculed and ordered to remove her Hijab by a male sergeant on two separate occasions. But despite the complaints being lodged last year she accused West Midlands Police of not taking them seriously.

Speaking through an interpreter, Mrs Bibi said she could not understand why she had been humiliated by the police in this way.

“On many occasions when I called the police following disputes with my neighbours I was handcuffed and taken away. This I cannot understand,” she said.

But her 18-year-old daughter, A-level student Sofina Bibi said officers deliberately singled out her mother because of the simple fact that she spoke little English and wore a Hijab.

Ironically the first arrest came on the 2nd anniversary of the September 11th attacks when Mrs Bibi called the police after her son had been assaulted by neighbours. She told Asian Leader when the officers arrived at the house the sergeant in charge ignored the account she had given to a Muslim police officer as well as the physical evidence of her son’s injuries and arrested her for breach of the peace.

“I couldn’t believe my son had been assaulted and I was being led out of my house handcuffed”, she said.

“What need did I have to call the police when I was arrested?

“I was disgraced and humiliated in front of my family even though I knew I had done no wrong.”

But when she was taken to Belgrave Road Police Station she was released immediately after the custody officer saw she had not committed any offences.

Mrs Bibi was arrested a further three times after this incident all because of disputes involving her neighbours. On one occasion Mrs Bibi was assaulted by her neighbours yet she was still arrested by officers and taken to Belgrave Road police station.

And on at least two of these occasions there was no evidence to support the arrest and she was released without charge.

But a complaint was lodged following her treatment by a custody officer at Belgrave Rd police station in May last year.

Mrs Bibi said the force’s lack of sensitivity towards the Muslim culture was evident when she was forced to remove her Hijab in front of a male officer.

She said she felt “humiliated” when the custody officer told her she had to remove her Hijab.

“The custody officer was very rude to me when he asked me to remove my Hijab. I took my veil off so why order me to take the whole Hijab off?”

She added the police were aware of the sensitivity surrounding the Hijab and they took advantage of her mother.

When she was treated in a similar fashion just months later, Mrs Bibi decided to take action and lodged a complaint against her treatment at West Midlands Police headquarters, Lloyd House.

Ironically an investigation into the complaint by West Midlands Police concluded Mrs Bibi did not have a case and as a result did not uphold the complaint.

But she persisted and took her case to the Independent Police Complaints Commission which deals with public complaints against Britain’s police forces.

They disagreed with West Midlands Police saying the case was legitimate and should be thoroughly investigated.

The case has now been taken up by the Professional Standards Department at Lloyd House. Yet almost a year after the incident they have failed to contact Mrs Bibi about the outcome. Mrs Bibi said she felt anger towards West Midlands Police for not taking her complaint seriously.

She said she wanted to highlight her case to make other Muslim women who have been treated in a similar manner by the police to stand up for their rights.

“I am sure there are many more Muslim women who have been treated in a similar way by the police.

“I want to prove to Muslim women that they can stand up against this treatment and shouldn’t accept it in anyway or form.”

“The investigation is ongoing and we will notify all those involved of any outcomes.”

Mrs Bibi’s allegations come just months after a CRE-led inquiry into the British police forces concluded there was still “ice in the heart of the police service” with regards to race issues.

The report, which was led by former director of public prosecutions Sir David Calvert Smith, concluded that the police forces were still failing the country’s ethnic community.

While those the police forces had a duty to protect on the outside were being failed, on internal issues the report stated a substantial number of ethnic minority police officers were still suffering serious racist abuse from colleagues.

The report also attacked police forces for their mishandling of racist incident reported internally as well as dealing with racist complaints against the police force.

Trevor Phillips, the CRE chairman, said: "The investigation found an atmosphere of overwhelming fear of reporting racist incidents. This has to be extinguished and racist behaviour dealt with effectively."

Mathaba has learnt that Trevor Phillips was approached after the trial of Muslim Law Student Abdu-l-Muqtadir Mustaqim to seek a judicial review of the judge's comments that she found allegations of racism against police officers offensive, insulting and racist in themselves, as this would make reporting of racist behaviour by members of the police force near impossible.

In a reply to Islamic Party of Britain general secretary Dr. Sahib Mustaqim Bleher, George Mills, Public Duty Policy Adviser (Criminal Justice) simply stated "I would suggest you seek the advice of the Race Equality Council to deal with this matter at a local level."

When making a similar request to the local Race Equality Council, its deputy chairman, Jawad Siddiqui, suggested instead to act as a go-between for the police and insisted that it was in the best interest of everyone that Mr. Mustaqim dropped his appeal against Thames Valley Police for his conviction of having caused offense to a police officer.

Mr. Mustaqim rejected attempts for a compromise and the appeal is going to be heard in June.