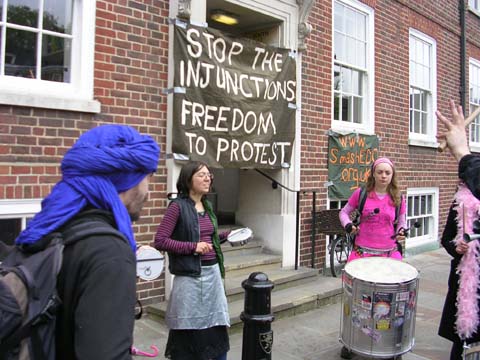 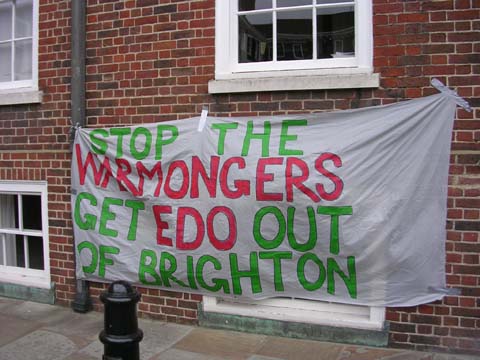 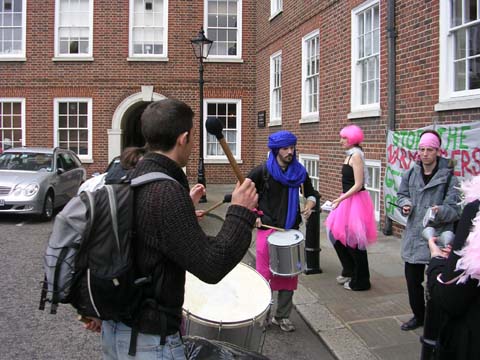 samba against the injunctions 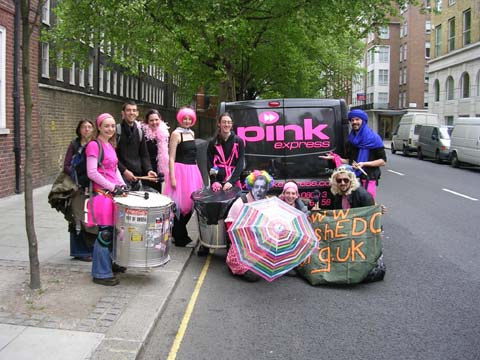 A samba protest was held today outside the offices of controversial injunction lawyer Timothy Lawson-Cruttenden under the theme of no more injunctions. The protest had two messages one to show solidarity with campaigners against the arms company EDO and also to highlight what they perceive as a threat to the fundamental rights to protest through the use of the injunctions under the Protection from Harassment Act. The aim was to show that acitivists from a variety of causes are united against anti-protest injunctions.

Timothy Lawson-Cruttenden is one of the lawyers who pioneered the Protection From Harassment Act (1997), better known as the Stalkers Law, and who realised it's potential in being used to stop protest. Starting with Huntingdon Life Sciences, he has been instrumental in many of the subsequent injunctions including acting for Bayer against anti-genetically modified food campaigners and Oxford University in its bid to stop the campaign against it's new animal laboratory. Campaigners are concerned because the use of the injunctions uses the much weaker civil standard of evidence yet carries a maximum five year penalty for a breach of the injunction.

EDO MBM are am armaments company who are based in Brighton,are one of Timothy Lawson-Cruttenden's clients and have recently been in the High Court seeking an injunction against campaingers who hold regular protests at thier Brighton offices. EDO MBM of Brighton manufacture bomb release mechanisms which are used in Pathfinder missiles attached to F16 fighter planes. Campaigners maintain that the use of these in action in Iraq makes the company complicit in the illegal war there and auxillaries to the war crimes in Iraq where civilians have been targeted.