A powerful peaceful protest against the state-perpetrated massacres in Uzbekistan.

Everything you say and do makes a difference – believe in your significance - video/mpeg 1.3M 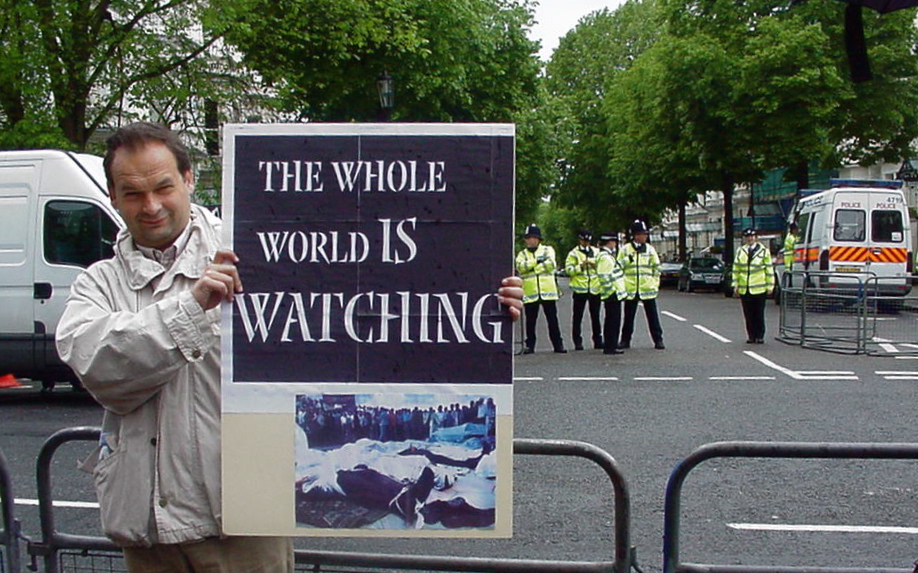 ...and the cops make sure the Uzbek Embassy can't even see our protest! 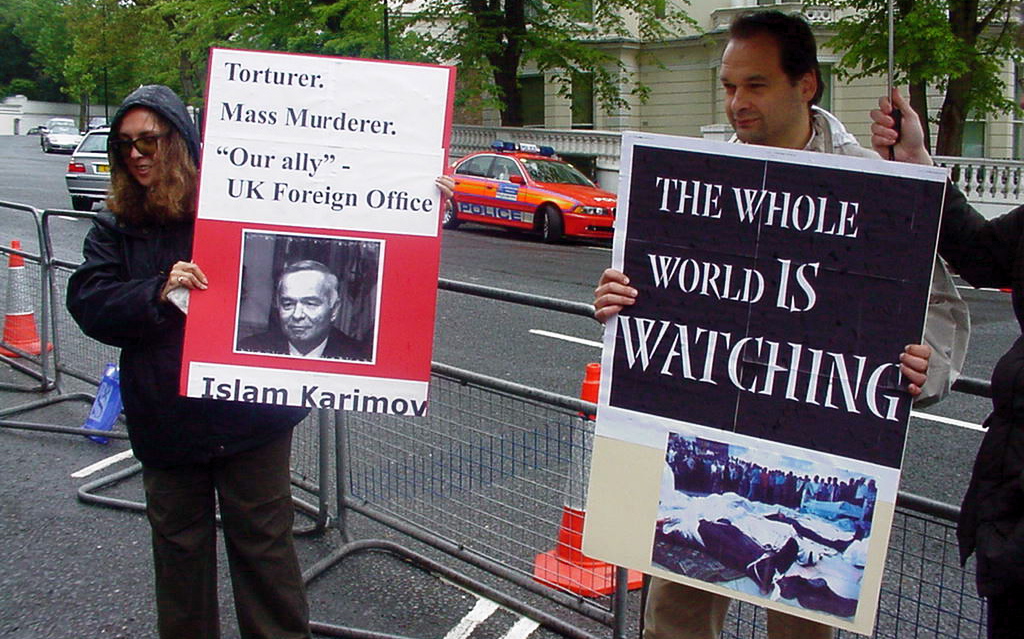 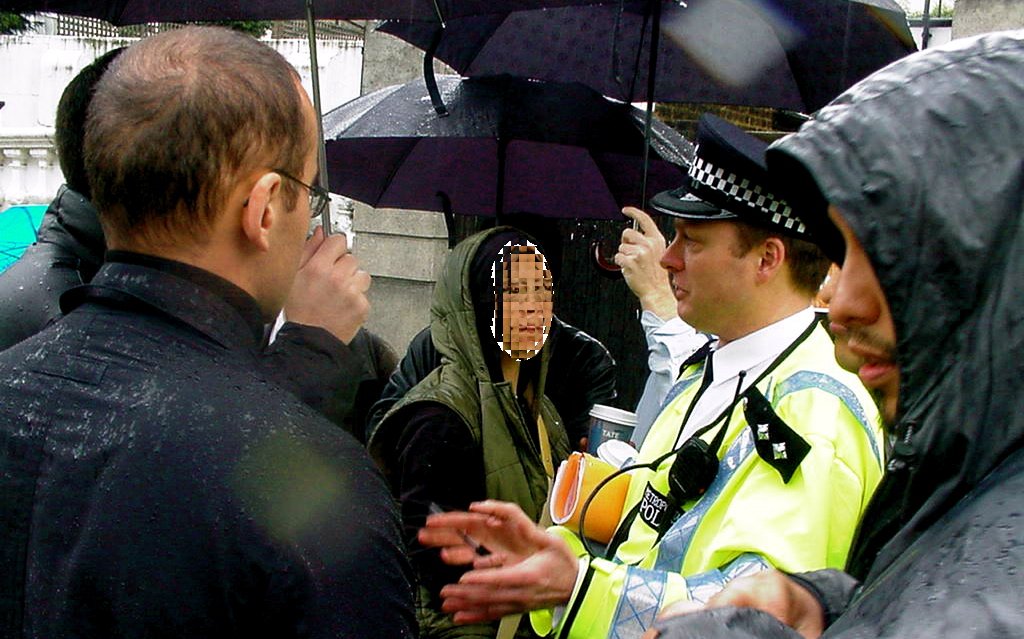 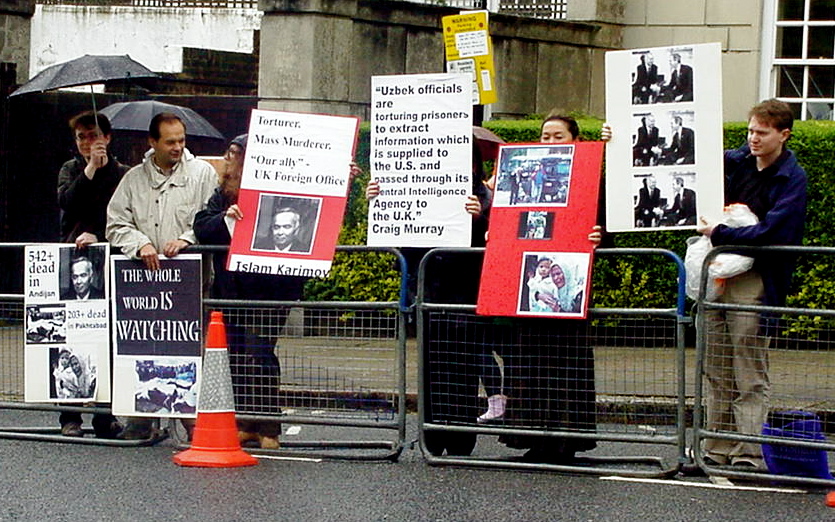 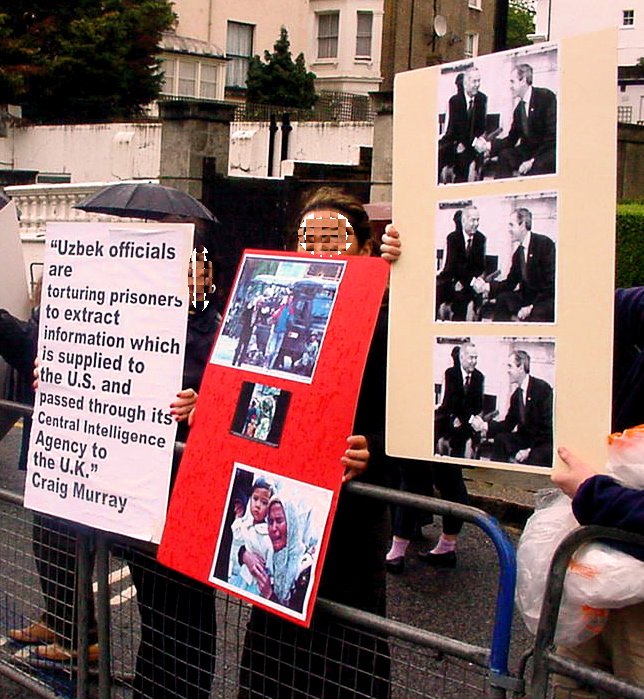 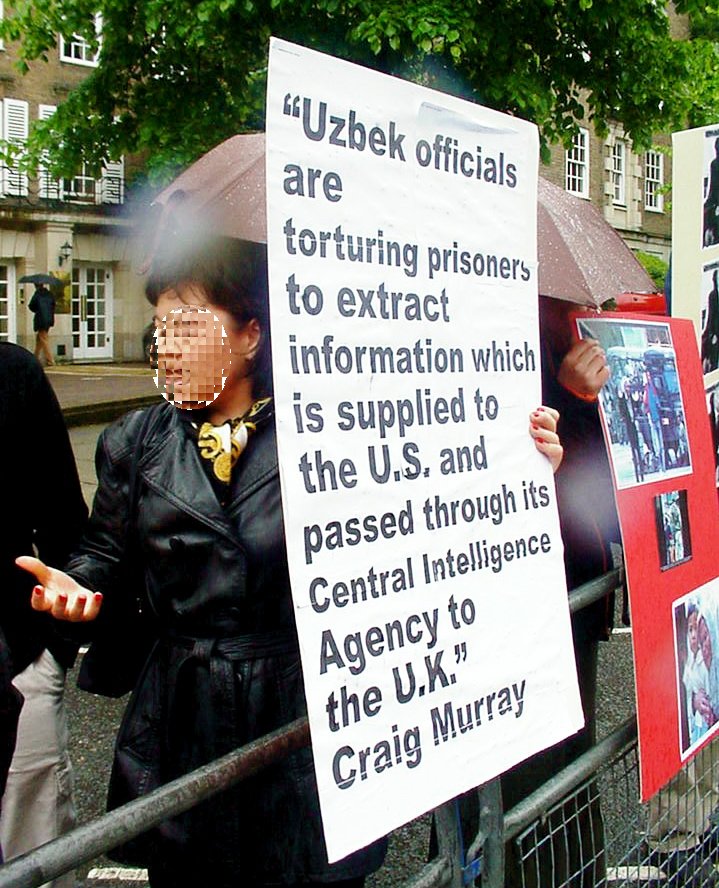 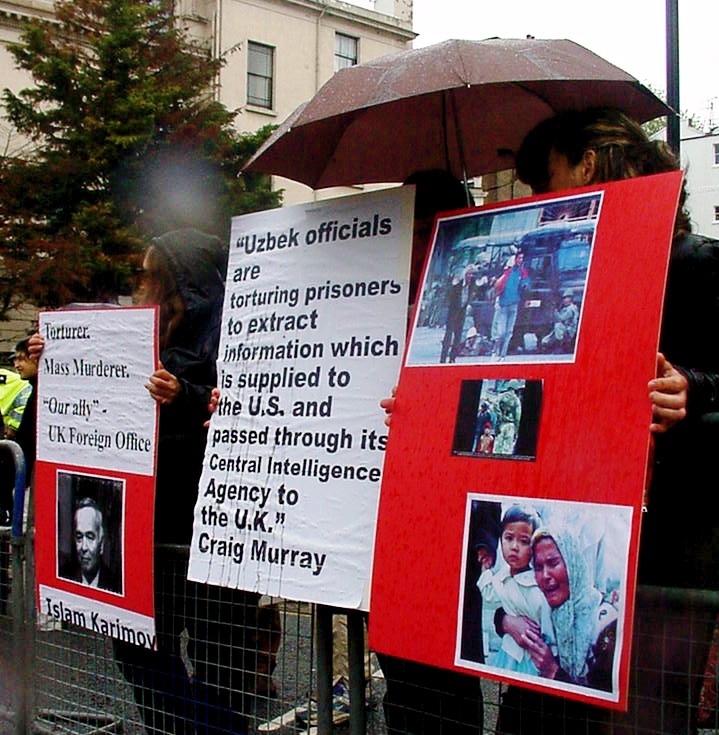 Islam Karimov stands accused, while his victims are commemorated 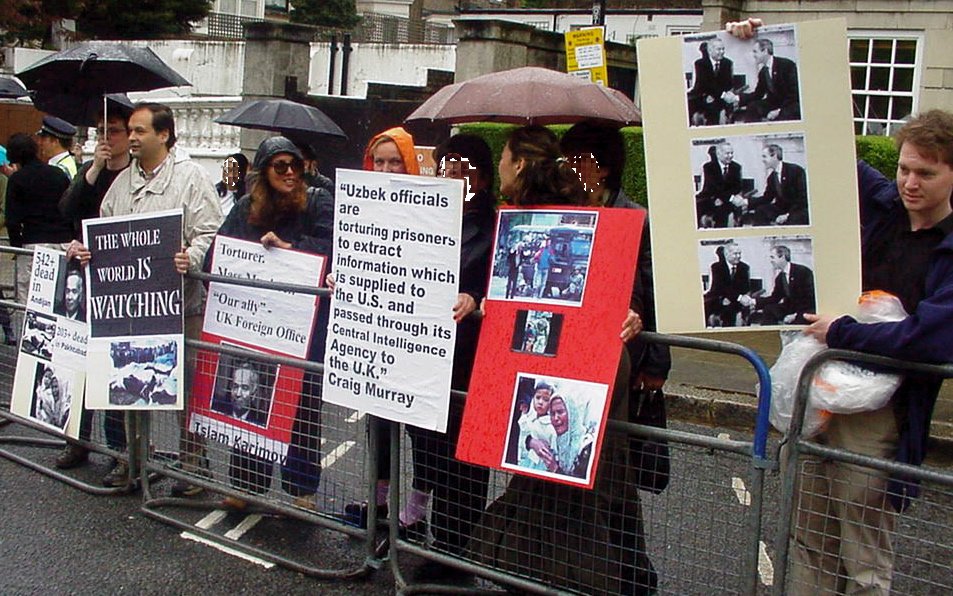 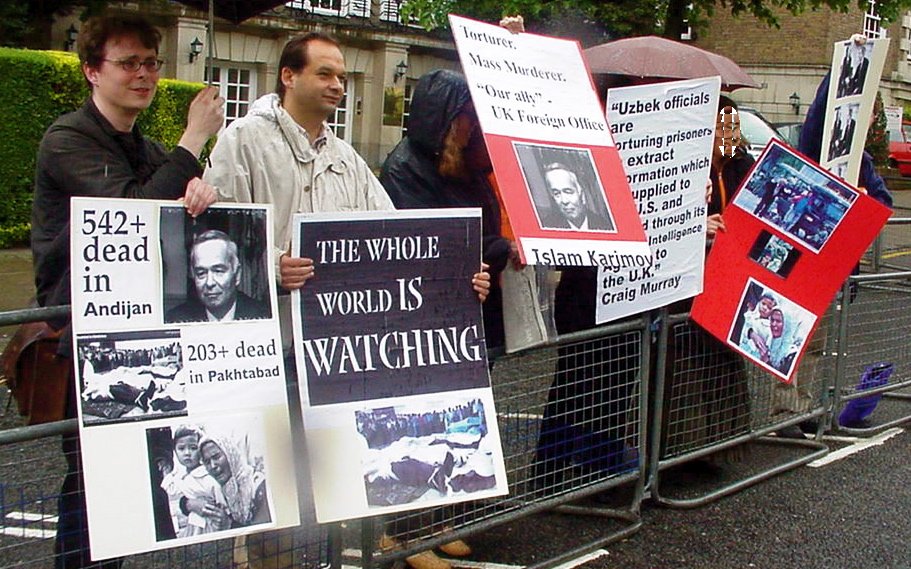 Counting the cost of capitalism's decomposition into barbarism

An old superstition holds that a Friday the 13th is an unnaturally unlucky day. The friends and relatives grieving the massacre of over 745 Uzbeks by government troops on Fri 13 May 05 could be forgiven for feeling unnaturally superstitious. While the Uzbekistan state butchers-in-chief, Prosecutor-general Rashid Kadyrov and President Islam Karimov, claimed “Only terrorists were liquidated by government forces,” Nigara Khidoyatova, head of the unregistered opposition Free Peasants Party, said her party reached its figure of 745 killed in the Andijan and Pakhtabad massacres by speaking to relatives of the missing. “The count hasn’t yet finished, and the death toll will rise,” she told The Associated Press, five days after the slaughter.

Decadent capitalism in decomposition produces few incidents more horrific than professional armies gunning down peaceful protesters. And such unmitigated brutality provokes storms of indignation and anger around the globe. In London, the call went out to demonstrate against the murderous Karimov regime in Tashkent and the complicity of his imperialist supporters in Washington and Westminster: see 'Demonstrate against the Uzbek massacres'

The Westminster warmongers, through the Metropolitan Porker's SO16 Diplomatic Protection Group, made sure the demonstrators were penned into a crash barrier corral, a good 200m away from the Uzbek Embassy at 41 Holland Park Road. Despite bursts of torrential heavy rain, around 30 people ensured that our collective disgust and anger at the Andijan and Pakhtabad massacres was expressed, and that the guilty politicians were prominently identified, and will be remembered in the annuls of infamy.

All these photos are 'CopyLeft'. This means you are free to copy and distribute any of my photos you find here, under the following license:
Copyright ©2005 Tim D Jones
Permission is granted to anyone to make or distribute copies of these photographs, in any medium, for personal and not-for-profit purposes, provided that this copyright notice and permission notice are preserved, and that the distributor grants the recipient permission for further redistribution as permitted by this notice.
Modified versions may not be made. Accreditation: