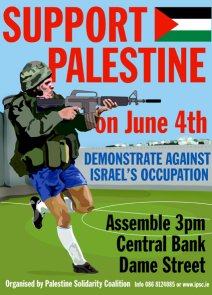 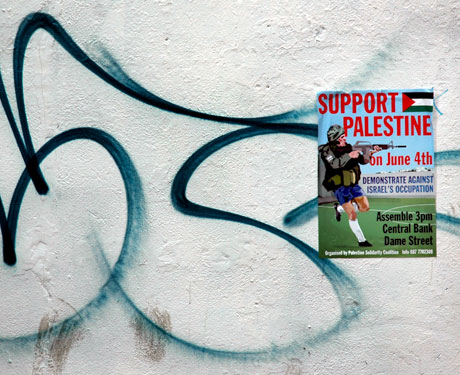 It's time for people to demand justice for Palestine.

We are calling upon the Irish soccer supporters to stand up for justice and human rights by supporting Palestine at the soccer match between Ireland and Israel on June 4 in Dublin. They can do this by waving Palestinian flags and by chanting "Free Palestine".

The Irish people should not allow Israel to use the football field to represent and assert itself, with its occupation and apartheid politics, in front of the international community. Irish football should not allow players and supporters to be manipulated as political pawns by a criminal Israeli regime which shows a total disregard for International Law by continuing to imprison the Palestinian people behind an 8-metre high Apartheid wall built on stolen Palestinian land, while at the same time pretending to engage in peace talks.

Irish soccer supporters should show the Israeli Government that there is no place for Apartheid in the 21st century.

News and Discussion at Indymedia Ireland: