During last year’s refugee week over 40 people, most of them asylum seekers and refugees, took part in an all-night sleep-out in the grounds of St. Philips Cathedral in protest at the unfair treatment of asylum seekers in Birmingham and throughout the UK.

Organised by Birmingham's Anti-racist Campaign (ARC), the sleep-out was aimed at raising public awareness about the destitution and homelessness thousands of asylum seekers face in the UK because of the government’s immigration policies.

A year later the position is worse, and shows no signs of improving. That is why ARC is organising ASYLUM SLEEP-OUT 2 in the cathedral grounds during refugee week. 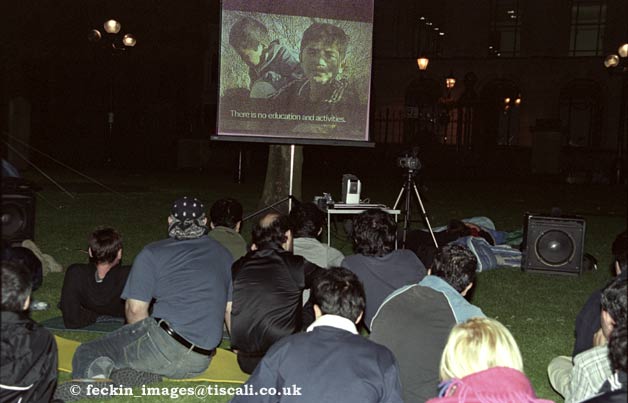 ARC is deeply concerned over the rising number of asylum seekers made homeless after their claims have failed. Some face torture and death if they were to return to their home countries and so they stay here, with nowhere to live and no means of support. This inhumane treatment is a consequence of the policies of the British government.

ASYLUM SLEEP-OUT 2 is open to all who wish to support the right of asylum seekers and refugees to live in Britain and who deplore the worsening and inhumane treatment they receive from this government.
ARC invites you to come and show your solidarity by joining them for a couple of hours or by staying the whole night. You can also lend tents and donate food There will be live music, films and food to see you through the evening and night.

During the sleep-out, there will be a collection for the Asylum Seeker’s Destitution Fund to support homeless asylum seekers. Donations to the Fund can be sent to the address below. Send cheques, payable to: