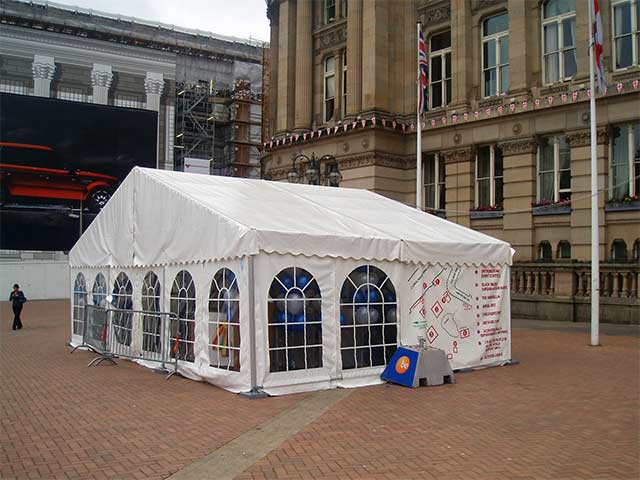 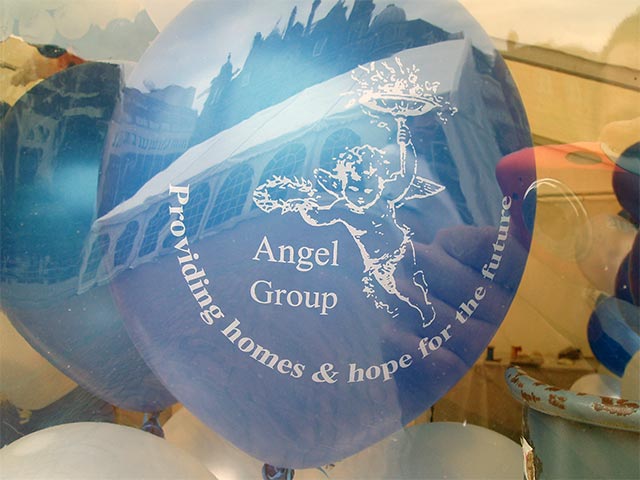 Burst The Angel Group's bubble and expose the Asylum Profiteers 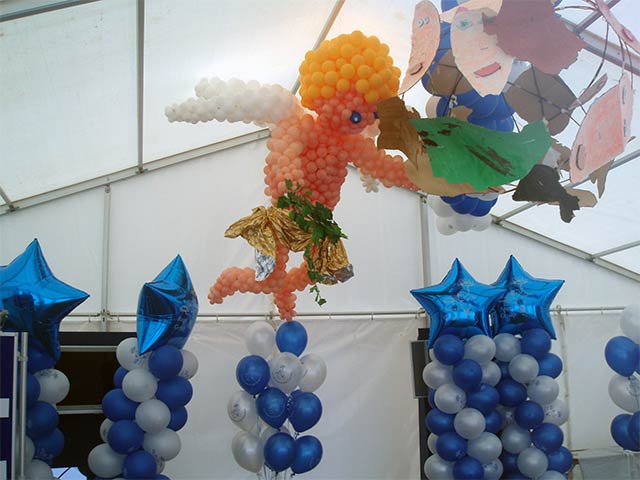 The corporate service provider euphemistically called 'The Angel Group' are well known amongst refugees, especially those housed and forcibly evicted by them, for housing them in squalid over-crowded conditions, reportedly without gas and electricity. The Angel Group not only house refugees but they also play a pivotal role in the inhumane dispersal of refugees across this country. Their dispersal appears to be dependent upon the cheapest accomodation deals The Angel Group can exploit in Britain.

The Angel Group, according to a local newspaper in Leeds, has recently been investigated by the Home Office because it has housed Refugees in 'squalid conditions...without gas or electricity'.

Here are some sources that give a brief summary of an article in the local Yorkshire press - unfortunately the link to the Yorkshire Evening Post no-longer works.

There have also been reports of The Angel Group evicting refugees and sub-contracting landlords who have appalling track records with refugees. Sub-letting sub-standard accommodation like this to refugees is a very lucrative business.

The Angel Groups funding of Celebrating Sanctuary is a crude and relatively cheap public relations stunt to absolve them from their role in profiteering from the plight of refugees in this country.

The plethora of 'Angel' branded balloons and t-shirts at the event make it clear that The Angel Group want as much exposure as possible. One could also argue that their sponsorship of the event effectively muzzles any dissent from refugees and ngos about their track record in terms of housing refugees.

Why are The Angel Group being allowed to sponsor this event and can the Celebrating Sanctuary organisers source funding from other groups that don't profit from asylum?

Here's some more information gleaned from the Charity Commissions website about the aims and background of Celebrating Sanctuary.

Are the aims of the event outlined below consistent with the profiteering by The Angel Group of destitute Asylum Seekers?

1) THE ADVANCEMENT OF EDUCATION; 2) THE BENEFIT OF THE COMMUNITY IN THE PROMOTION OF RACIAL HARMONY BETWEEN RESIDENTS IN THE WEST MIDLANDS AND REFUGEES LIVING IN THE WEST MIDLANDS AREA. IN PARTICULAR, BUT NOT EXCLUSIVELY, BY: A) FACILITATING CULTURAL EVENTS B) ENCOURAGING AND SUPPORTING THE CELEBRATION OF HUMAN RIGHTS IN PARTICULAR A PERSON'S RIGHT TO SEEK SANCTUARY FROM PERSECUTION.

Angel certainly do make money out of refugees fleeing persecution.

We have learnt from figures in 2000 that the company gets £120 a week per asylum seeker from the government.

Back in 2000 it was supposed to give £10 of that money a week to asylum seekers, to spend on everything beyond the meagre lodgings and food the Angel Group gives them. Angel was only passing on £7 to the refugees in this period, and wanted to cut that money back to £5!

What's the situation now, can anyone give us an update on how much The Angel Group receives from The Home Office's National Asylum Support Service (NASS) and how much it passes on to asylum seekers?

http://whois.com of The Angel Group

The following businesses also operate from the same address:

'Angel Poland is a joint venture of the Angel Group, a highly successful English Property Group, and Israeli Investors Ron Ben Shahar and Shachar Samuel, two very well regarded property and finance professionals. The venture has been undertaken to invest in, develop and manage properties, residential, retail, commercial, industrial and hotels in Poland.'

The Angel Group's asylum profiteering is an 'Official Secret'!

> What's the situation now, can anyone give us an update on how much The Angel Group receives from The
> Home Office's National Asylum Support Service (NASS) and how much it passes on to asylum seekers?

Well it seems that the financial details of The Angel Groups dealings with The Home Office's NASS are secret - gagged by the Offical Secrets Act.

(i) 'Details about the contracts that NASS has signed with various agencies which provide accommodation for asylum seekers is hard to access as agreements are covered by the Official Secrets Act.'

'Mr. Mitchell: To ask the Secretary of State for the Home Department what payments per capita are made to private sector accommodation agents for each asylum seeker dispersed from the south-east; and if these payments vary by region. [158913]

Mrs. Roche: I am afraid that I am unable to give this information since it is commercial in confidence.'

Updated details on the Angel Group

The Angel Group are now at 225 Marsh Rd (near South Quay DHL) - it was called the Innovation Centre and Julie (also calls herself Julia) Davey the owner of the company told everyone not to tell anyone the new address.

Darren May has since resigned due to Julia's attitude.

I was told by one of her accountants that when an asylum seeker leaves, if the council doesn't update their own records and stops payment, she takes their money even though she knows the person or family has left her premises.

Someone should tell Leeds/Birmingham Council.

Response from the West Midlands Consortium for Asylum and Refugee Support

I wish to express my concern regarding the article entitled, ‘Asylum Profiteers 'The Angel Group' sponsor Celebrating Sanctuary in Brum’. As Regional Director of the West Midlands Consortium for Asylum and Refugee Support, I have overall responsibility for asylum seeker dispersal in the West Midlands and the development of integration/resettlement programmes for refugees. The executive group of the Consortium includes representatives from statutory, private and voluntary sector organisations alongside refugees themselves. As Director, I work in close partnership with the private sector, including The Angel Group. Your comments and criticisms are both misleading and unfounded. Angel Group's contribution to the effective and sensitive asylum seeker dispersal programme within this region, and in the raising of the awareness of host communities to the particular needs of vulnerable people such as asylum seekers and refugees through major events such as Refugee Week, has greatly assisted in the process of empowering refugee groups and in progressing wider issues of social cohesion.

Finally, and perhaps most importantly, it was only recently that The Angel Group agreed to publicise their company during Refugee Week, their reluctance I believe, reflective of their genuine and sincere generosity and commitment to meeting the wide and varied needs of refugees.

Rich pickings in the world of asylum seekers

It has taken Julia Davey only five years to build up her multimillion-pound property empire. From small beginnings in 1999 - housing single asylum seekers for Kent county council - the assets of the Angel Group at the end of 2003 had, according to the last company report, expanded to nearly £40m.

In that time Ms Davey, 48, has formed 57 other companies. On top of big dividend payments, she awards herself a salary of around £½m. She is the sole director. That is the sort of basic pay expected by the head of one Britain's top plcs.

The Home Office is investigating allegations of financial irregularities by a private property company which earns millions of pounds annually through government contracts for housing asylum seekers around the country.

The investigation, prompted by inquiries by the Guardian, focuses on claims that the London-based Angel Group charged the Home Office and Leeds city council for the same properties.

Company records, internal emails and testimony from former Angel employees also suggest the company was paid for accommodation that was unfit for habitation or for which it had no keys. Records further suggest Angel claimed discounts on council tax to which it was not entitled in Leeds and Newcastle upon Tyne.

A PROBE into an asylum seeker housing contract has been launched amid claims a private company charged the Government and a Yorkshire council for the same properties.

The Home Office is investigating if London-based Angel Group rented the same houses to Leeds Council to put up homeless people and to the Government to accommodate asylum seekers for seven months last year.

The company has a contract with the Home Office's National Asylum Support Service (NASS) to provide 3,351 bed spaces, which equates to 5.78 per cent of the entire scheme. It provides accommodation in Yorkshire and the North-East, and separately has a deal with Leeds Council to house the homeless.

Allegations have also emerged as to whether the firm was paid for accommodation unfit for habitation or for which it had no keys in Newcastle and whether it claimed discounts on council tax to which it was not entitled in the city and Leeds.

The Home Office yesterday confirmed a probe was under way, and added the contract could be terminated and the police involved if evidence of fraud was substantiated. 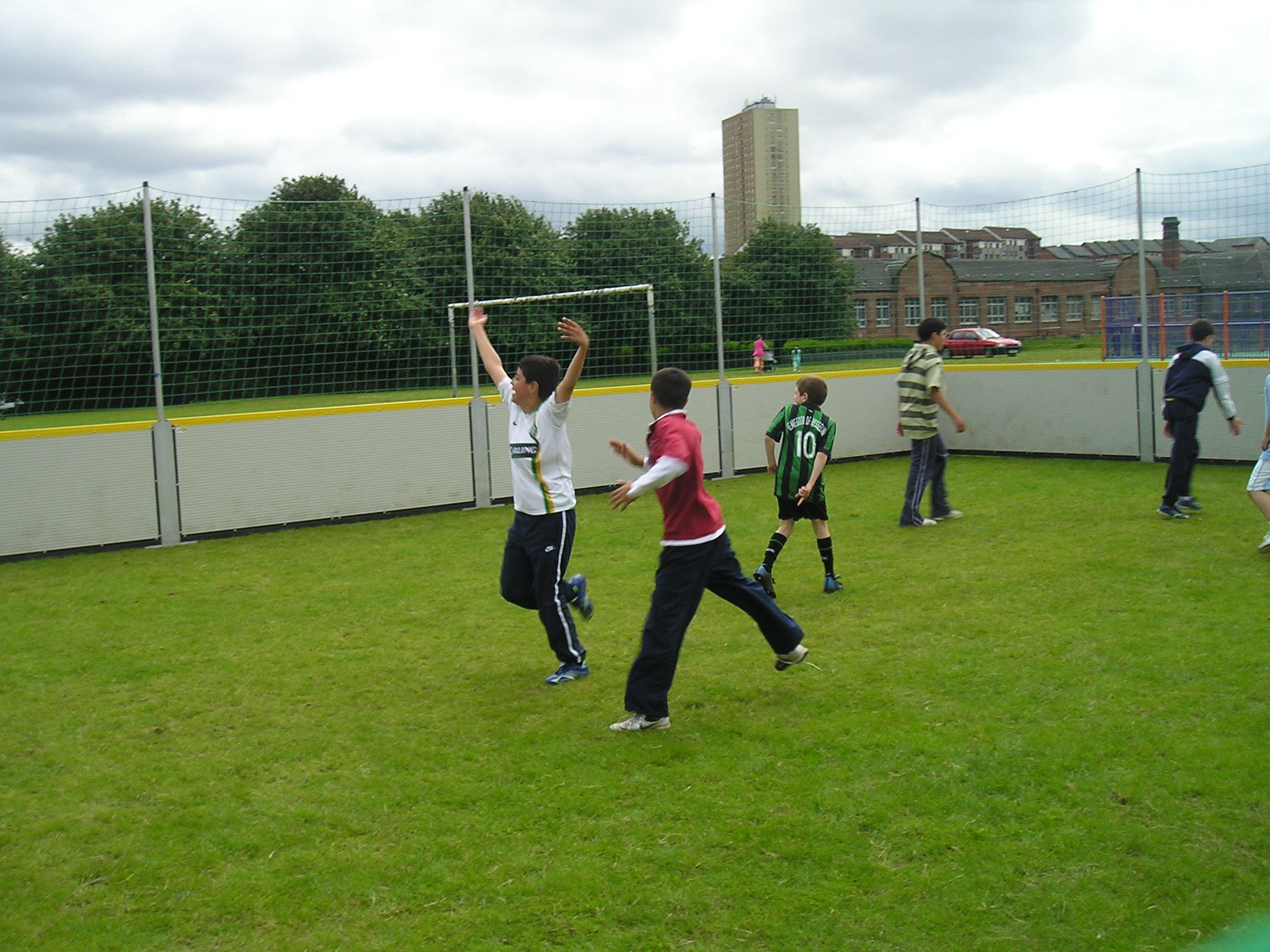 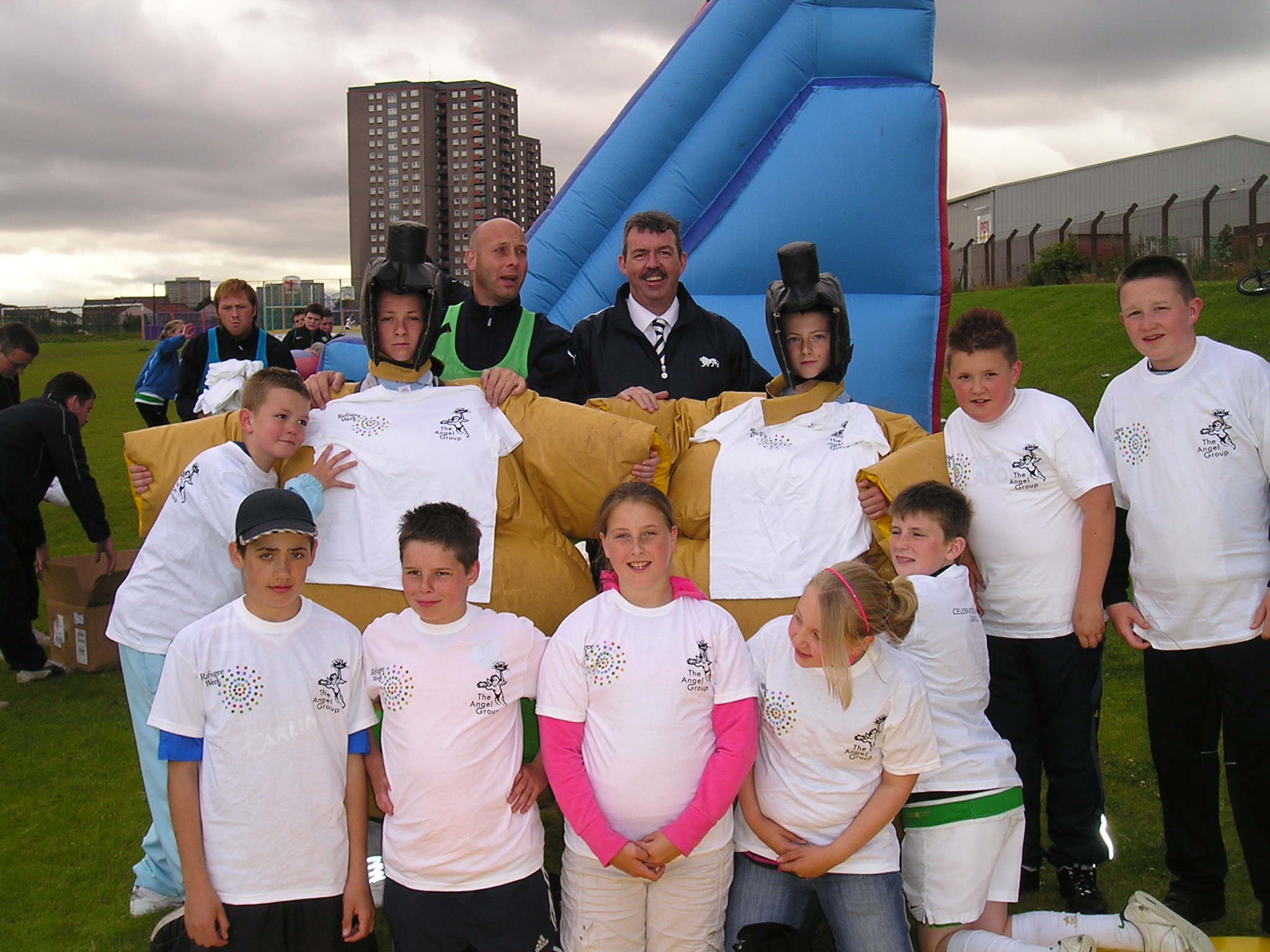 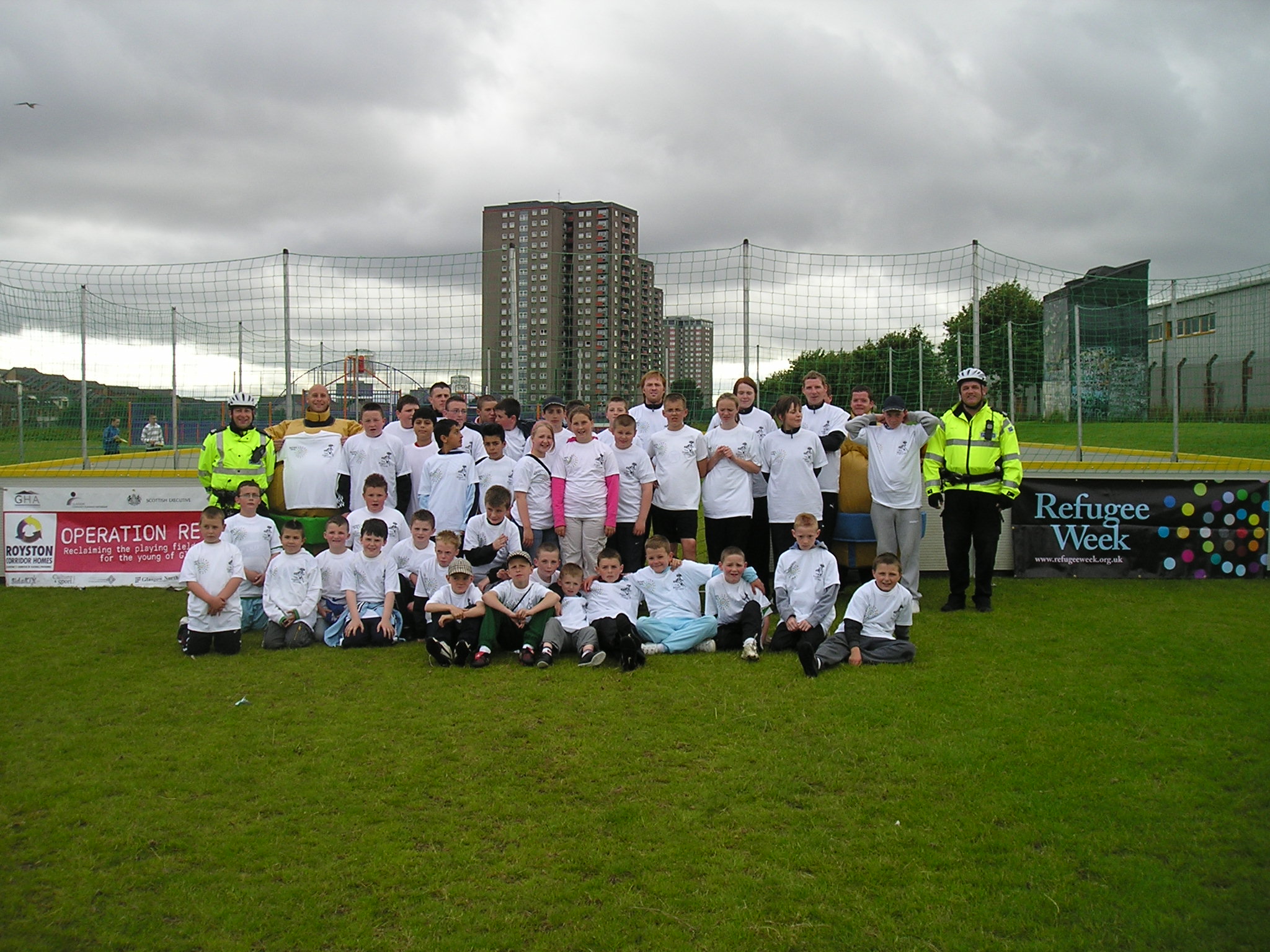 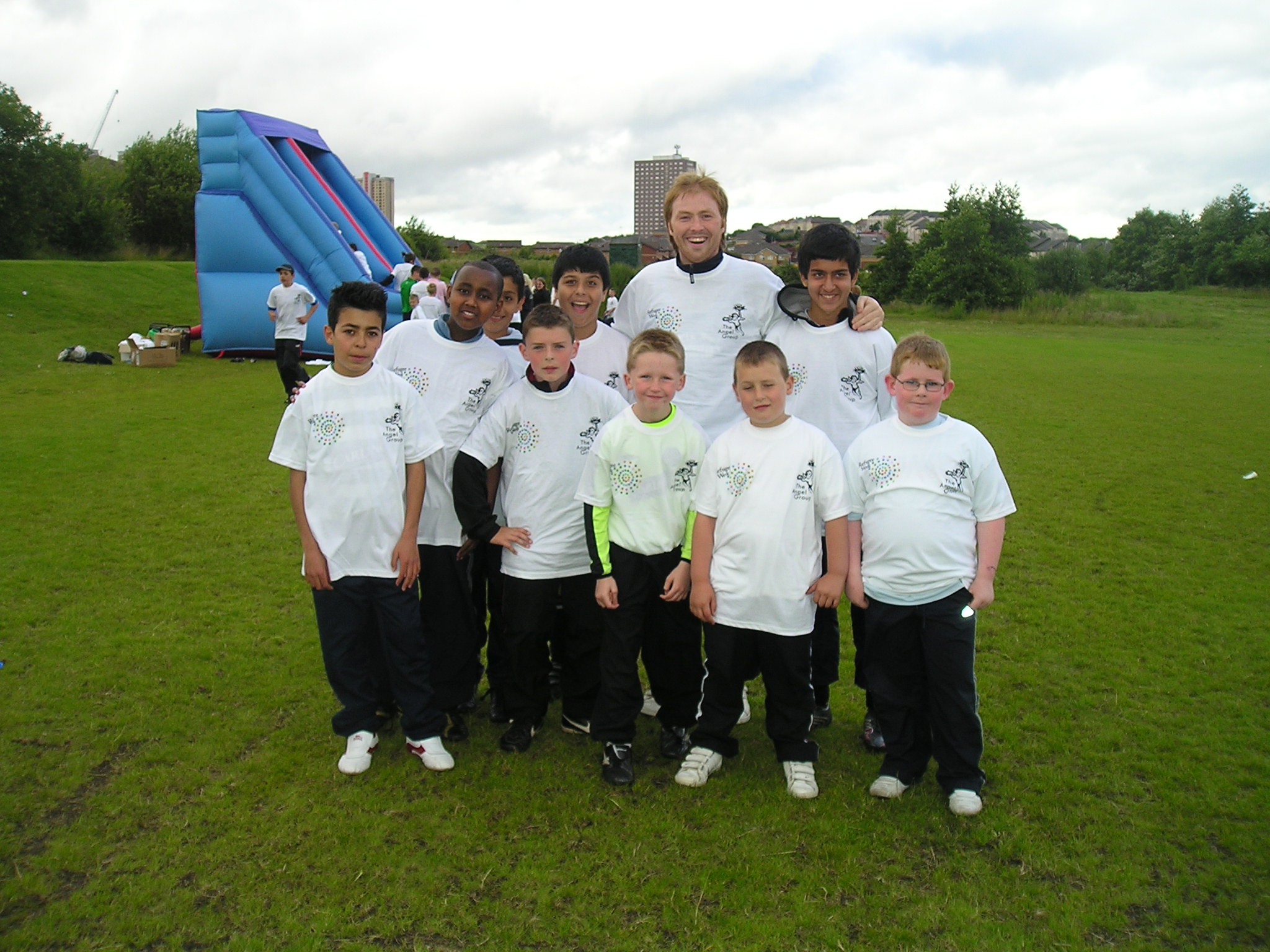 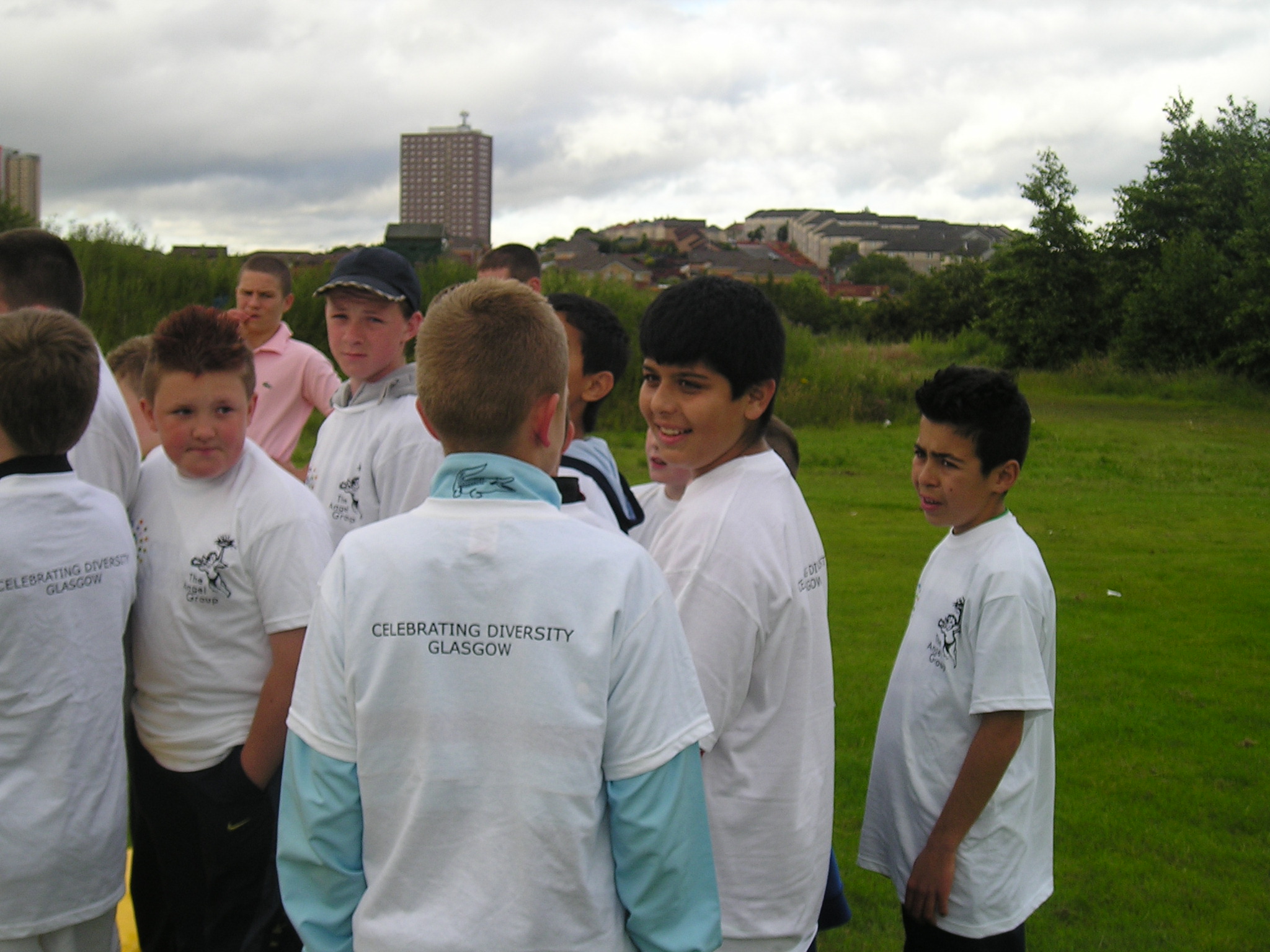 The Angel Group works in partnership with Operation Reclaim, playing their part in making it the success it is today.

Operation Reclaim was set up in the North Glasgow area to promote integration and tolerance. The project set up in areas where there was ongoing fighting between rival gangs from the surrounding territories. Tensions in the area where further heightened over the years with the high influx of asylum seekers and refugees to the North Glasgow area.

However, the project provided a source of activity for the young people from the area who were either involved or living in fear of violent crime. With the help of a police presence Operation Reclaim has started to alleviate these problems during the time they are present in the area and furthermore, help promote racial integration and anti-territorialism.

The project has proved a major success over the past two years. It has expanded to five areas across North Glasgow, attracting approximately one thousand participants to the project. Not only does the project provide activity, it aims to develop the young people of the area and create future opportunities for the participants of Operation Reclaim, which would not have been possible without the aid and support of the project partners.