an unpermitted march left the meadows at around 2pm today and was very quickly blocked by police. soon and it was on the move again before police rushed the front of the march hitting people with batons and chasing people with banners. after that some bins were dragged into the streets before riot police with full shields were deployed and hundreds of people surrounded for several hours. people came to support them and played music by the cordon and they were eveantualy let out several hours later. 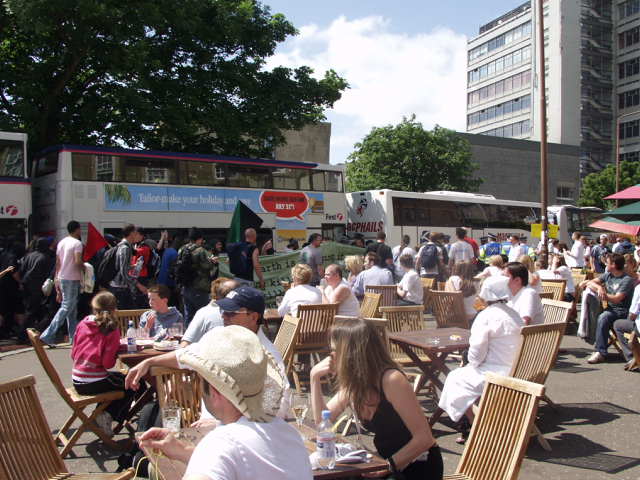 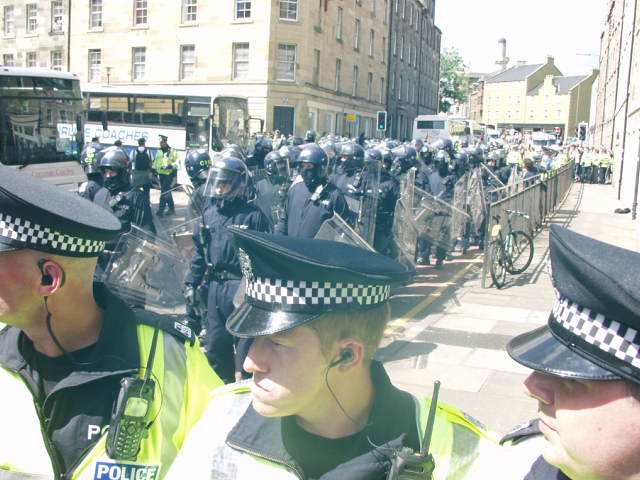 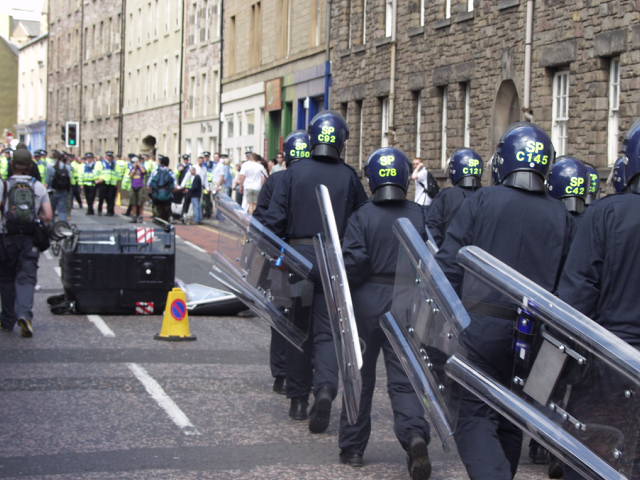 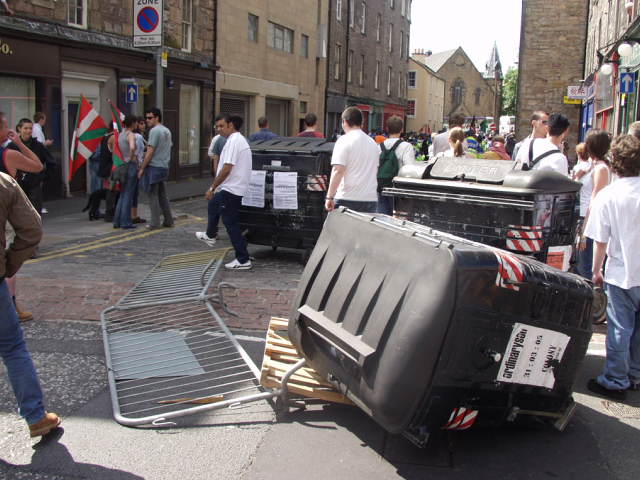 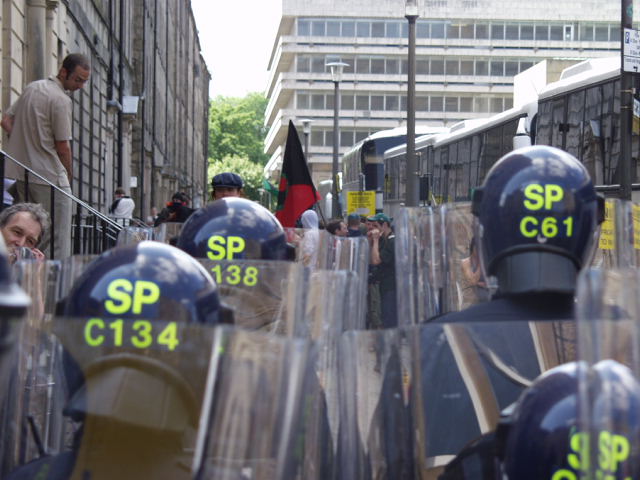 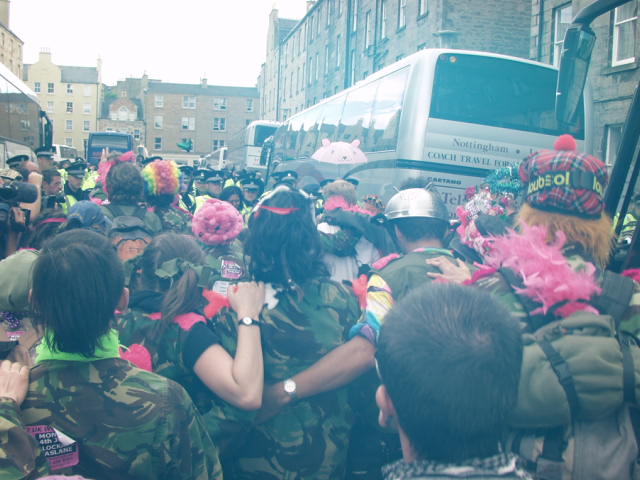 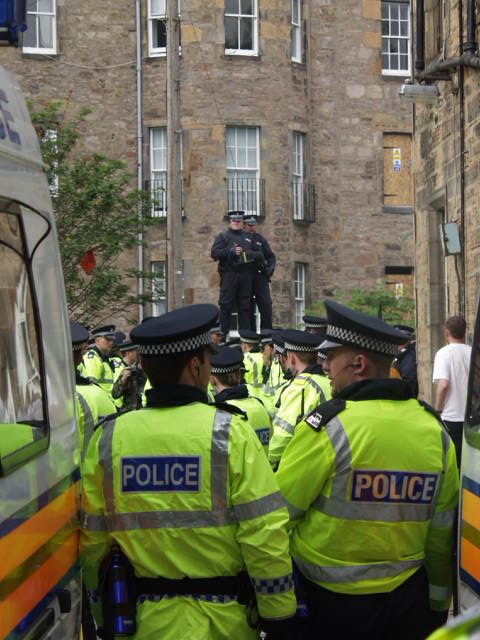 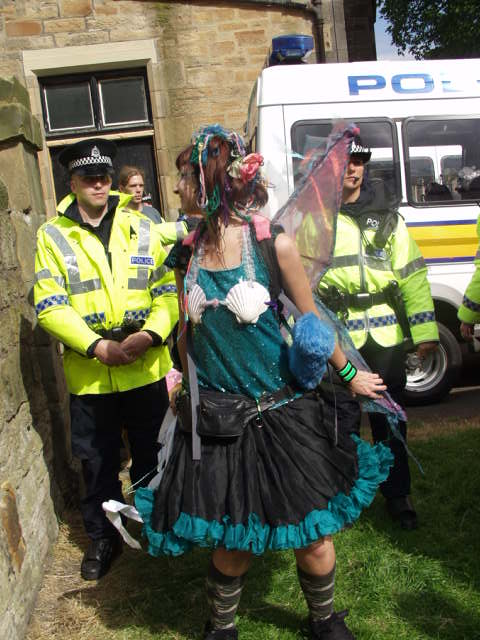 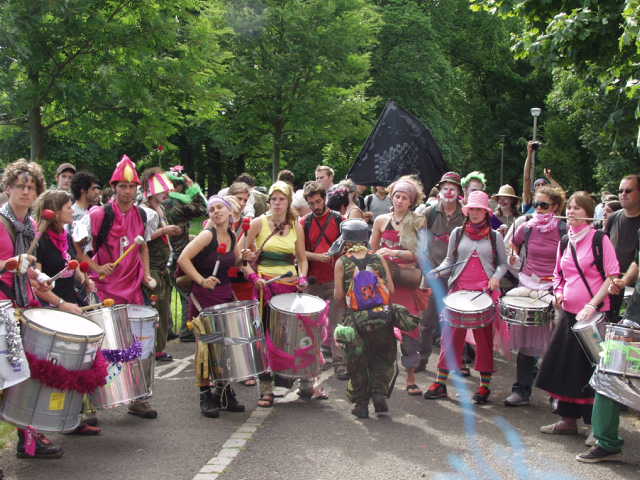 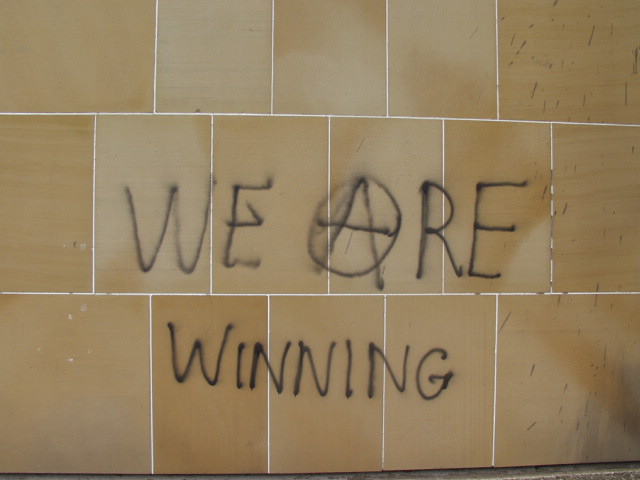