A short report and pics. 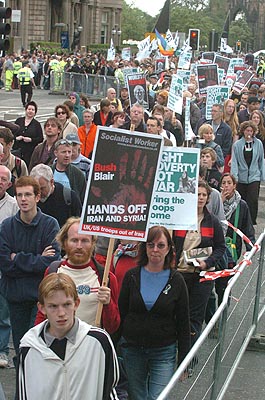 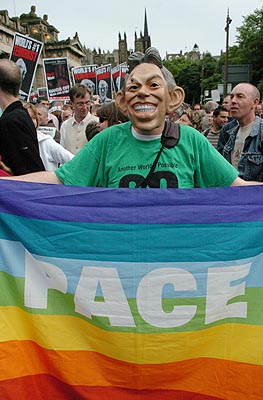 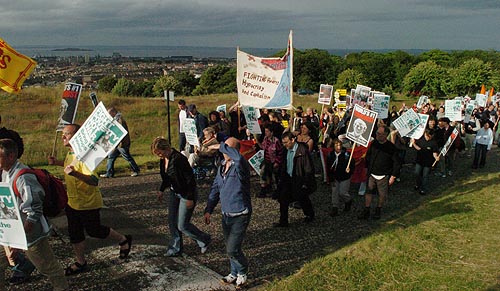 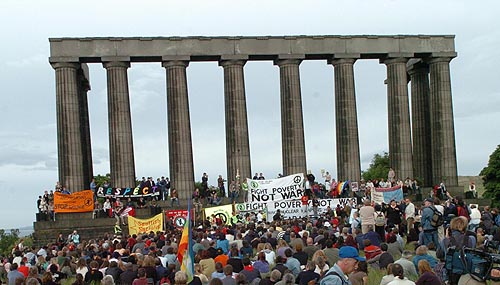 This certainly makes a change from Trafalgar Sq. 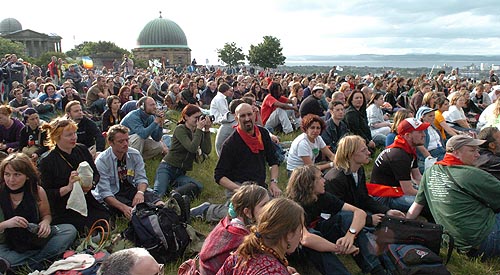 When the march first assembled it looked like it was going to be a poorly attended unrepresentative shadow of Britain's antiwar movement. However the few hundred that initially gathered swelled to between 2 & 3 thousand (my estimate) by the time it left the assembly point. Considering that most if not nearly all of those gathered in Edinburgh had spent the day at meetings this was a reasonable turnout. The march was led by Heidi Guiliani (mother of Carlo, murdered by the cops in Genoa) and Rose Gentle whose son Gordon was was murdered (by proxy) by Bush & Blair and their illegal war.

Those who did make the effort to attend were treated to a breathtaking view of Edinburgh. It was also a very somber occasion as the names of those who have died in Iraq (the ones we know about) were read out at the top of the hill. Everyone had a lump in their throat when Rose read out the name of her own son Gordon who died in a pointless and imperialist campaign that has only recruited more extremists (on both sides) and made the world less safe for all of us.