Bizzies Big Day Out in Edinburgh

Having bought all this new cop stuff, Edinburgh's finest weren't going to miss out on the chance to use it. 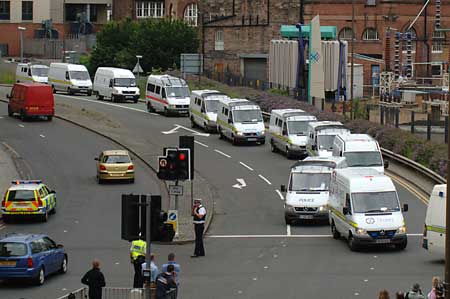 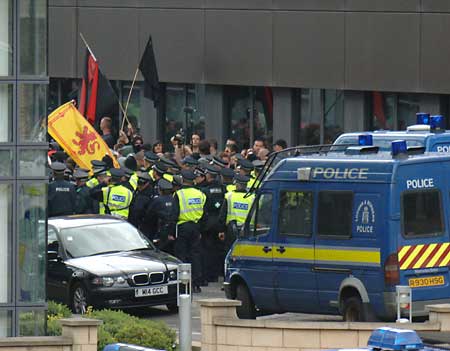 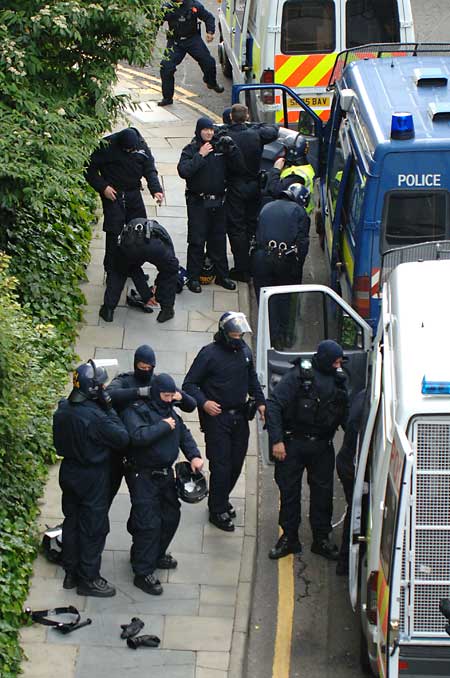 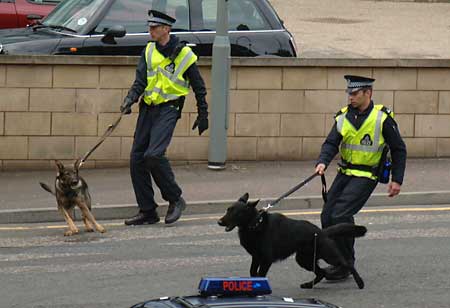 and get the dogs out 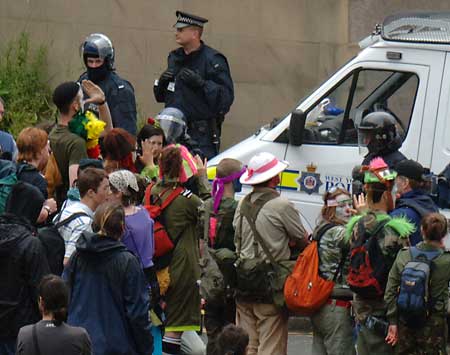 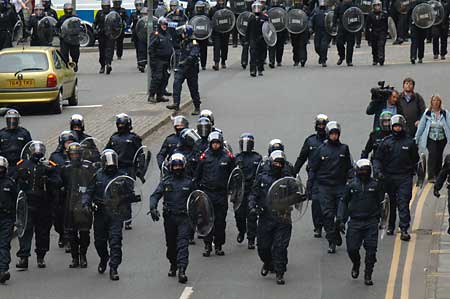 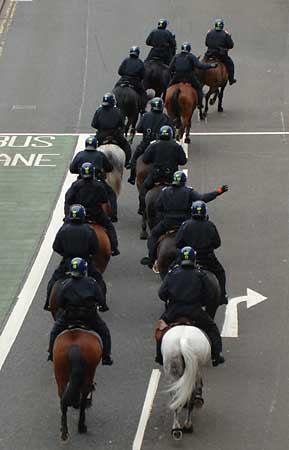 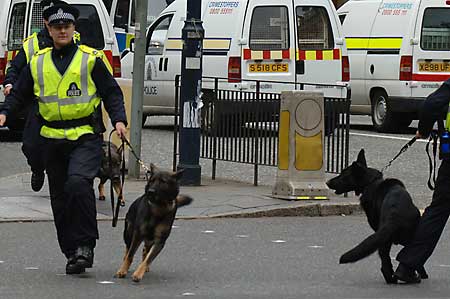 Around midday a biggish group of protestors were trapped in Cannon Street, an approach to the financial district of the city.
About a dozen police vans arrived to block each end.
Although things seemed pretty peaceful, after an hour or so police changed into riot gear, which, naturally enough caused a bit of a reaction from the trapped crowd.
Oh, and they got the dogs out, just in case.
A couple of hours later some clowns arrived on a rescue mission. Their main tactic seemed to be tickling the forward row of cops.
Police responded with an approriate force of about three hundred riot clad, shield bearing officers, who chased them down West Approach Road, just in time to meet the mounted police coming the other way.
Oh, and they got the dogs out again, just in case...