First pic from the pen in on Canning Street

More to follow, but heres a pic for now while I sort the rest..... 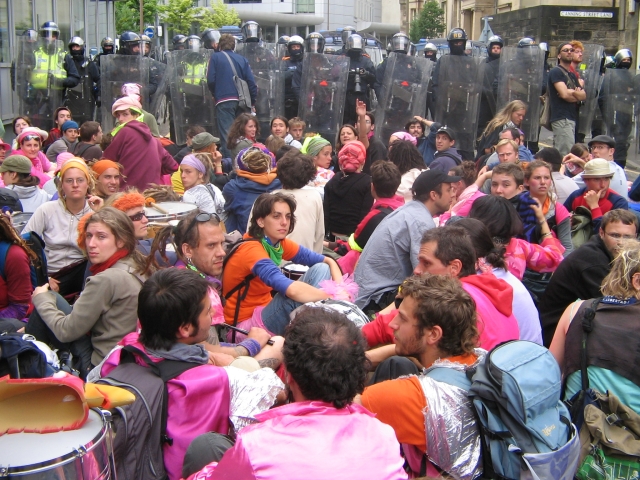 Penned in for 5 and a half hours, more to folow v soon... 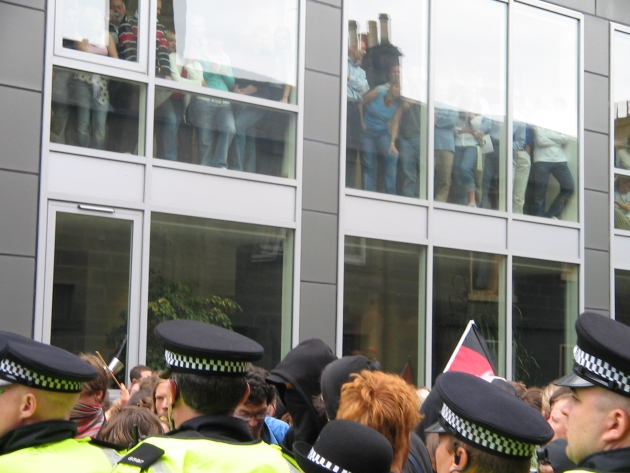 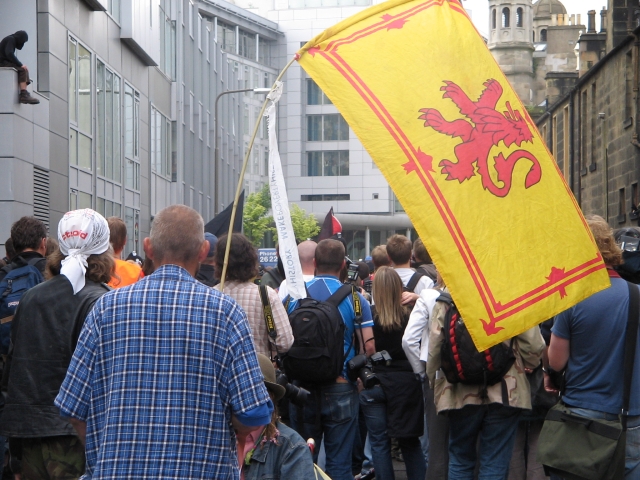 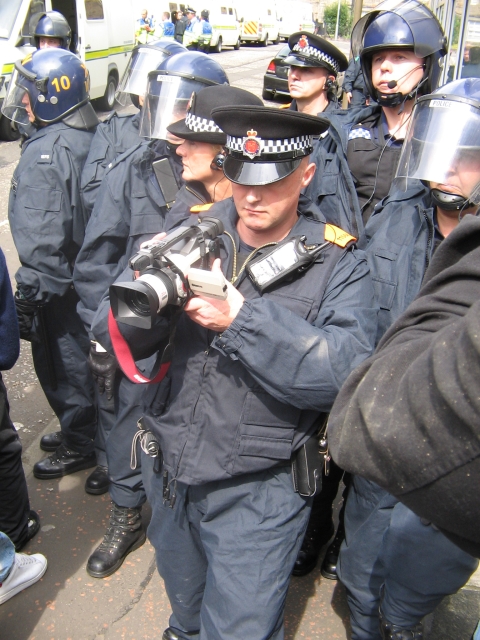 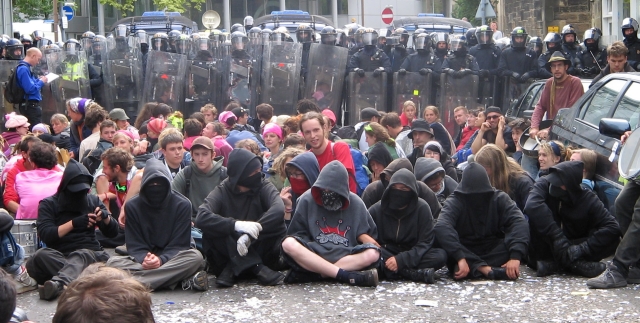 Sit down and sing along 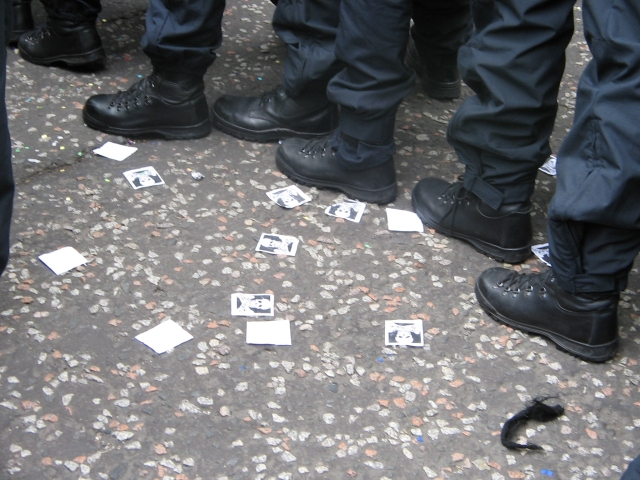 Carnivals and protests will be stamped out 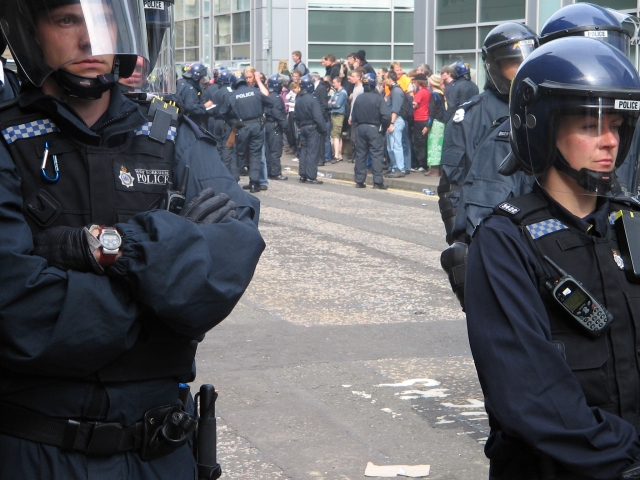 further split, between those queuing to leave and those sitting down 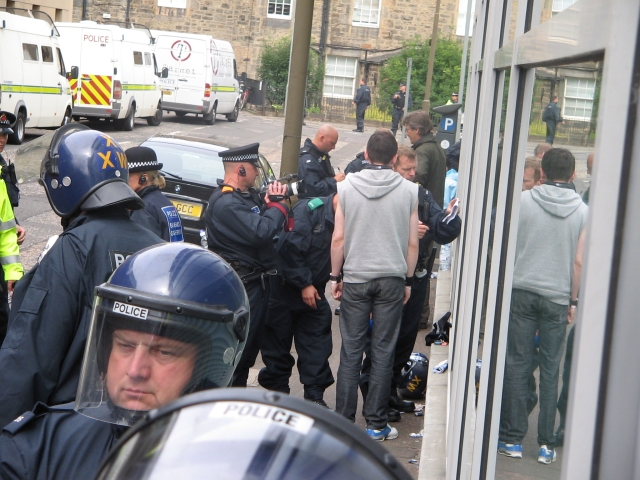 Searching and questioning of each person leaving

The Carnival for full enjoyment was split and penned in fairly soon. On Canning Street we were stuck between an office block of curious employees who locked the door and a street of equally unwelcoming houses, for five and a half hours of boredom and samba.

First the march itself was penned in, then the on looking rubberneckers and press found themselves trapped as well. To the surprise of those in the second cordon they were kept just as long as the samba, Black Bloc and what would usually be considered the ‘obvious suspects’. A courier delivery and a suited interviewee, as well as lost shoppers and the flock of corporate media were among the crowd. Brief entertainment was provided by a Black Bloc member climbing up the office building, waving a flag and doing a moonie to the crowd, as well as the samba band’s uplifting beats.

The two groups were then merged, and some of the press were allowed to leave – though notably three reporters from the Scotsman insisted on staying right to the very end, despite being asked to leave fairly firmly by the cops. The police lines escalated till they were in full riot gear, at which point the crowd, which had at that point been milling about fairly bored, sat down in front of the police lines and began to sing, greatly cheering up the whole atmosphere.

We were only allowed to leave one by one and were all searched and asked for names, addresses and in some cases date of birth. Allegedly this was under section 60, which is a misuse of the act. A number of people were snatched from the crowd, the first of whom was the only obvious medic. Near the end of the ‘processing’ a woman from the samba was snatched and the cop who grabbed her also grabbed a pack of pink tablets which had been left lying on a surface nearby and put them on her as they carried her off.

A number of arrests were made but most people managed to get out having been searched and questioned.