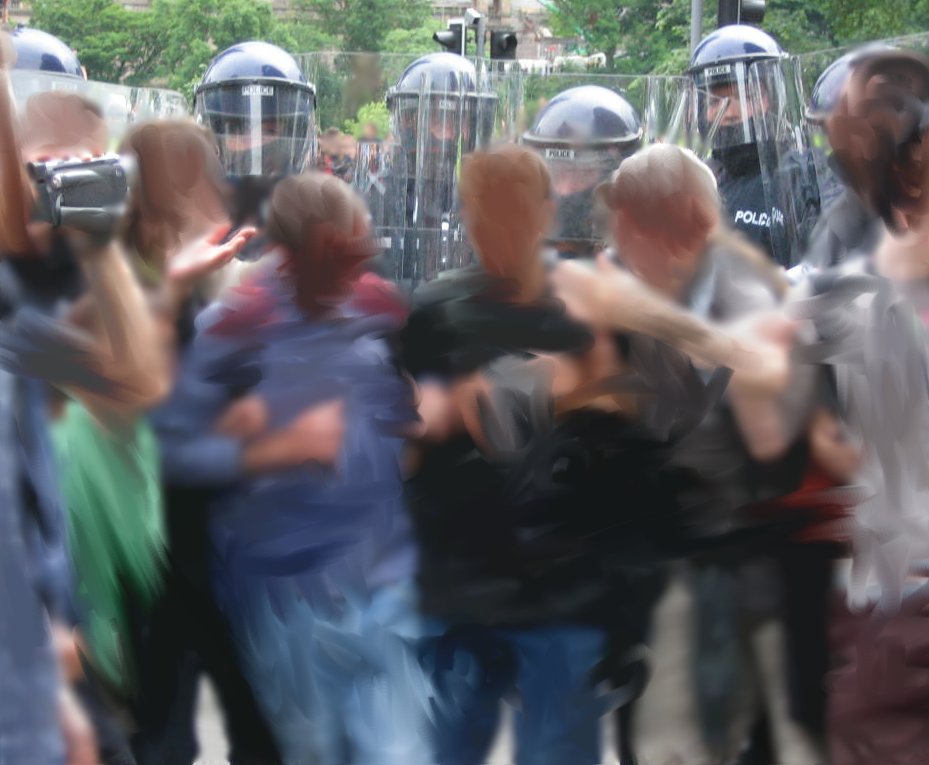 At about 14:20 on 4th July, Riot police forced protesters and bystanders from the pavement of Princes Street into St Davids Street. A line of protesters formed to resist the police push.

The protesters where not an organised group, and formed spontaneously in resistance to the police aggression. The protesters included people from Edinburgh, from else-where in the UK and from other parts of Europe.

The police slowly pushed the line back down the street, charging against the back of there own line to move the protesters forward. Many shoppers and people who had been in Princes Street, stood looking on, applauding the protesters and berating the police response.

The protesters did not appear to attempt to push police lines back, they were just trying to hold their ground and defend there right to protest and be in the street.

Eventually the police seemed content that they had the line held, and started to form up, in what looked like an attempt to force through the line and grab some of the protesters. At about 14:46 the line spontaneously broke up and scattered into the surrounding roads.

Some shoppers, protesters and other bystanders remained in St Davids Street for some time, joking and laughing and posing for pictures in front of the line of riot police.