Colour blind cops mistake clowns for Black Bloc or something...

Today acting on meticulously gathered intelligenge the Police detained and thwarted a well known violent group of extremists. They were stopped and searched under the public order act so that Daily Mail readers everywhere could sleep more peacefully in their beds knowing that they were safer from the evil forces of anarchy. Bah! 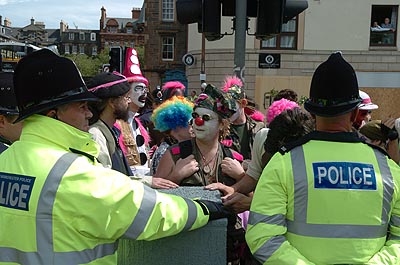 Keeping those threatening nutters in check. 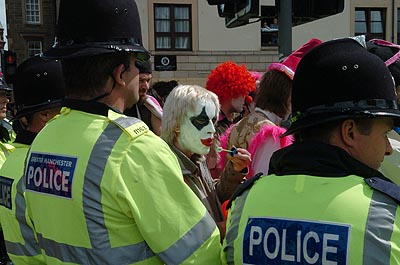 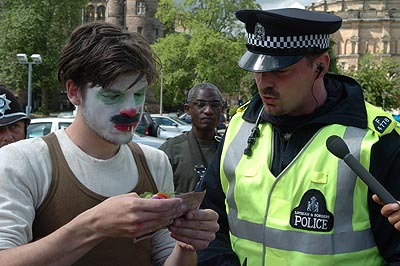 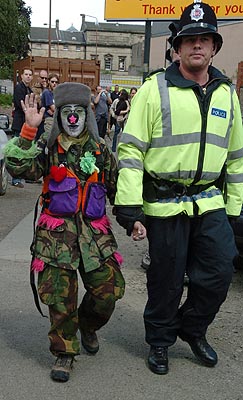 It has to be said that when it comes to making the filth look stupid the clowns really are in a class of their own.