The parade started at the Irish embassy, and moved along early in the streets of Edinburgh. It was a colorful and relaxed protest despite the police taking photographs. 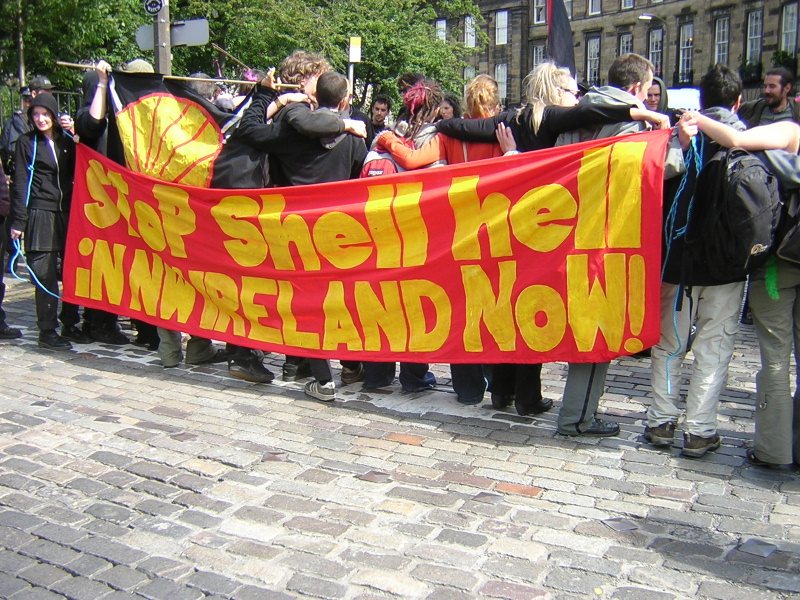 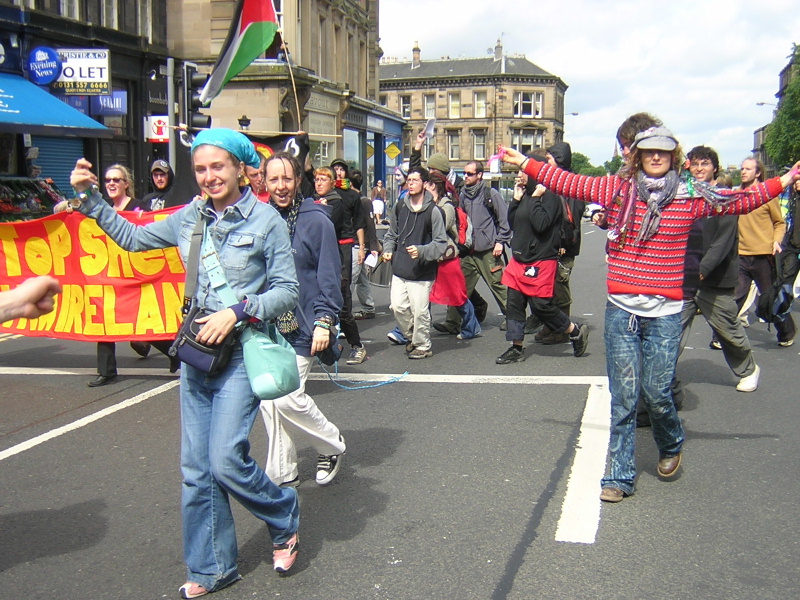 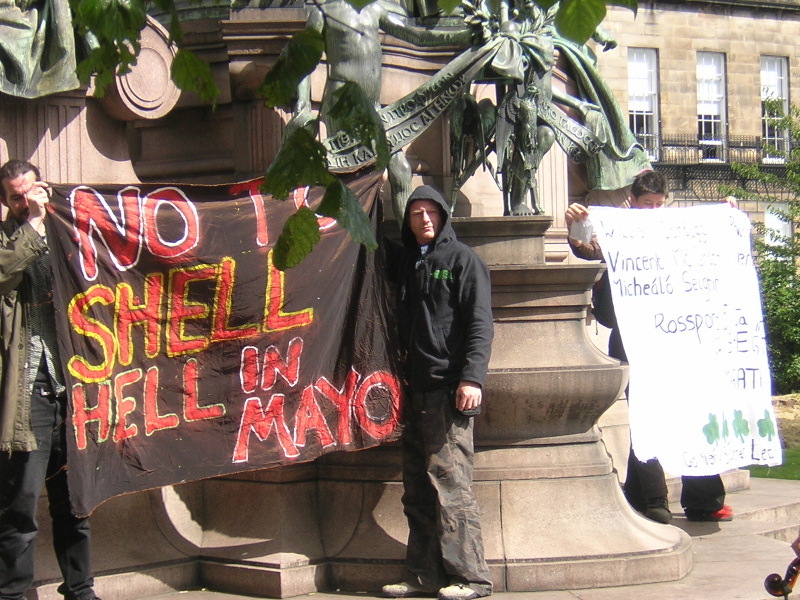 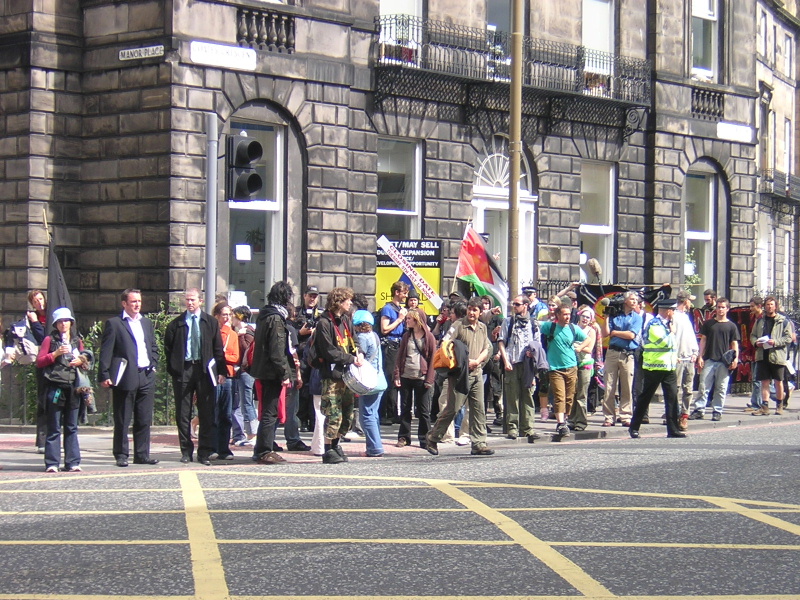 The protest was partly against the Shell pipeline being built in Mayo, Ireland, but also highlights shell appauling human rights and enviromental record.
More information at:

please think of the materials you give to the police,
we should have learned from genova, and other places:
cover the faces when you have to publish photos.

the actions are anyway the real importance not the report afterwards.

i'd wish all the people who run around with cameras would run with spraycans or stones instead.

i'm really fed up with the "need" of tourist photos.

for every person with a camera in his hand,
not doing it carefully and in consent with the group,
the pigs need one person less.

What would the police do with the above picture? Nothing in it is illegal. So there is no reason not to post it.

If you are protesting in public, expect to get your picture taken.

If you don't want this, protect your own identity.

covering the face is important.

Why should people cover their faces?

In Britain there is a long tradition of free speech and expression (and I expect some people to object to that comment, but think relatively and realistically and keep your patience two seconds). If people are not breaking the law, then what harm can come of it?

A previous comment described these photos as 'tourist photos'. I am sorry, but if there is a message to get across, there needs to be pictures. We live in a highly mediatised society today and seeing people taking action (whether you agree or disagree) provokes thought, discussion and hopefully reasoned debate which might lead to change. If you think that protesting is good for the soul/karma/insert belief system here, great! The problem is the 99% of people who either don't really think about, understand or give a shit about the problems. Direct action is competing with the latest action movie in the minds of the masses. People are generally lazy and occupied with their day-to-day - they need the inspiration from something to get moving. More documentation of people actually doing something, the better!

" If people are not breaking the law, then what harm can come of it?"

I think that the main purpose of the cops filming events like these is not to catch people in the act of doing anything, but to build up a comprehensive picture or 'map' of what people are involved in what movements.
this is so that if and when anything major goes down in the next 10 years they will know exactly on whose door to come a-knocking.
also if you get filmed and then arrested and charged later on in the demo or, say, at any other time throughout the g8 summit, they can and will use any footage, no matter wether it was days ago, to prove that you were deeply involved and a troublemaker etc.....

but having said that i think it is still very important to document demos and so forth, esp. for those of us that are stuck on the other side of the world and still want to know what's going on. a good idea is spending 10 secs per picture blurring out anyones faces who have chosen not to cover them at the time.

keep it up all those that are out there protesting, blockading, clowning around, throwing stones and documenting it.

I took part in that action and am proud to show my face to anyone who feels they want a copy, the main thing was we were legal, behaved and most of all we pissed the police off.