Stories from the back passage - the scene behind Edinburgh courthouse

They said that the G8 was going to be bad for small business, but the seedy sauna at the back of Edinburgh's courthouse is probably feeling the pinch more than most 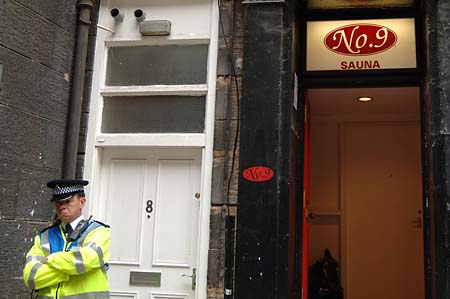 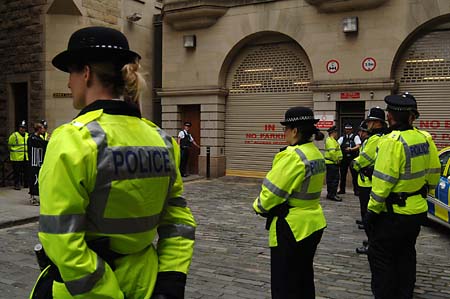 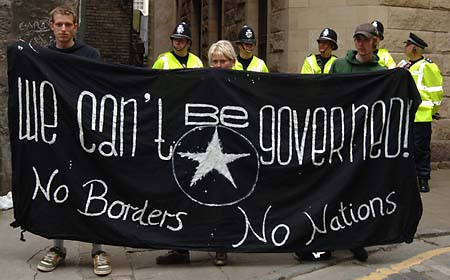 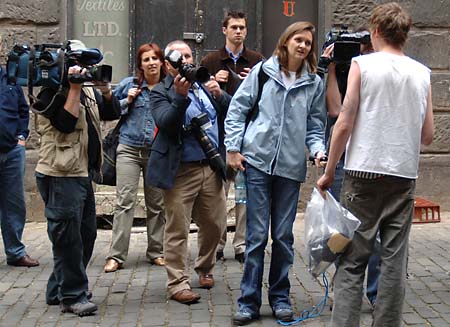 They said that the G8 was going to be bad for small business, but the seedy sauna at the back of Edinburgh's courthouse is probably feeling the pinch more than most.

Opposite stand the world's press, flashguns ready to intimidate the bailed protesters and their loyal comrades, but photographing anything that moves in between to alleviate the boredom.

(And the presence of forty or so punch drunk cops wouldn't do much for a nervous todger either).

All day there has been a steady, if slow stream of mainly bailed, sometimes fined protesters, their appearance somewhere on the scale from tearful to defiant. Supporters offer a blanket to those leaving the court who prefer not to appear in tomorrow's Sun. Some take it, some punch the air in defiance.

Some no doubt give the press the finger - and that's what you'll be seeing on pages 3 to 41 in the morning.

As the court rises, the issue is what happens to those who haven't been before the court yet? Lack of paperwork and general fuckups like insufficient cells means not everyone has been dealt with. Yet according to a G8 legal observer handing out advice to those emerging, prisoners can only be held (in theory) for 24 hours without a court appearance.