The police has stopped under section 60 (search for weapons powers) 3 people around the media center and the only thing they did is note down their ID numbers and description -- nothing about weapons! 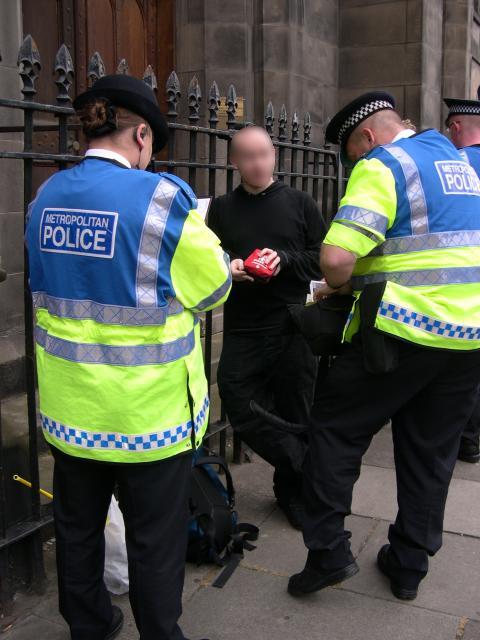 Someone being searched under section 60.

Three people were searched in Bistro Place (1 min from the Forest Cafe) by officers JI857 (who cannot spell by the way), U3493 from the Metropolitan Police (London) and N344 (Scotish). A flag was taken away from one of the protesters (no receipt was given, even though they asked), and the only notes taken by JI857 are the personal details (full names, dates of birth and passport numbers) of the two protesters. The third did not have ID, but the fact that he was associated with the clown army was noted down -- in no case there was a single line about items that could be used as weapons. In all cases the people were let to go without anything being found... the UD cards bill seems to be unnecessary after all!