Photo Report Blokade of M9 near Stirling the 06 July 2005

Action 2 Affinity group with the Clown Army on the autoroute 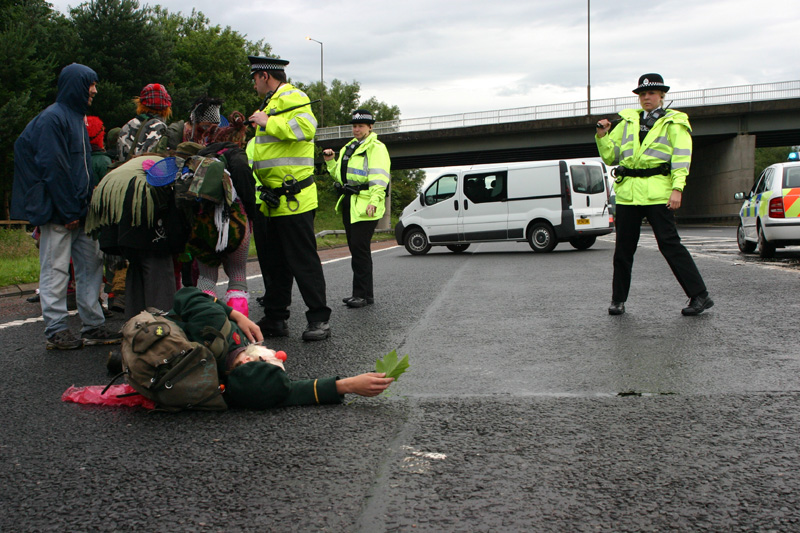 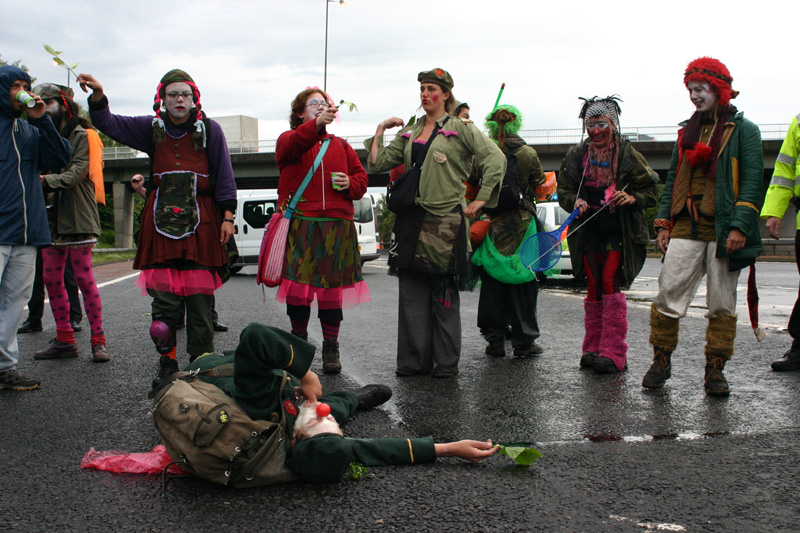 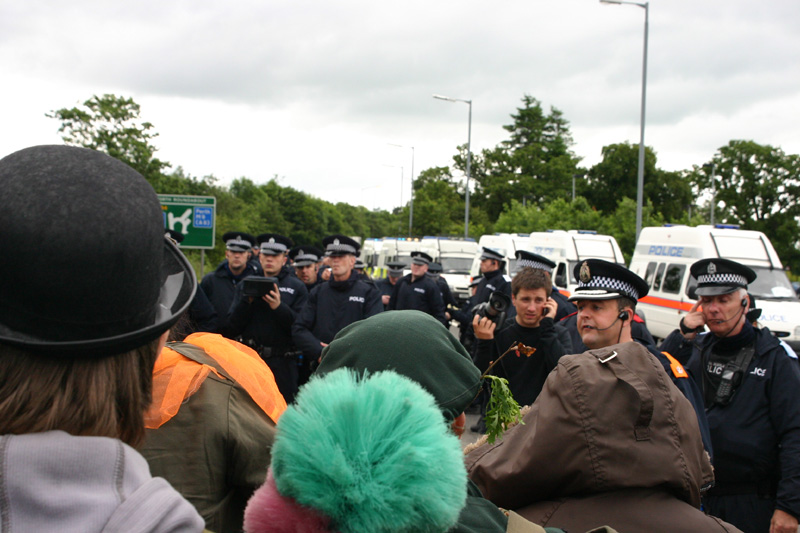 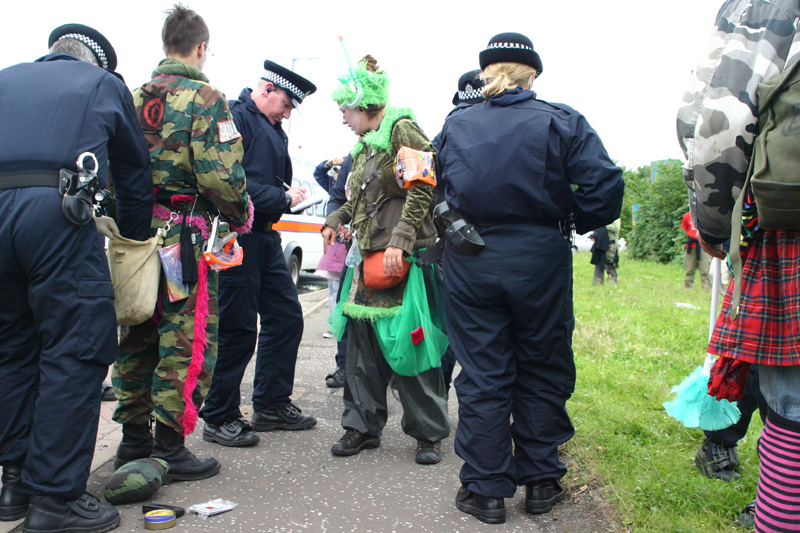 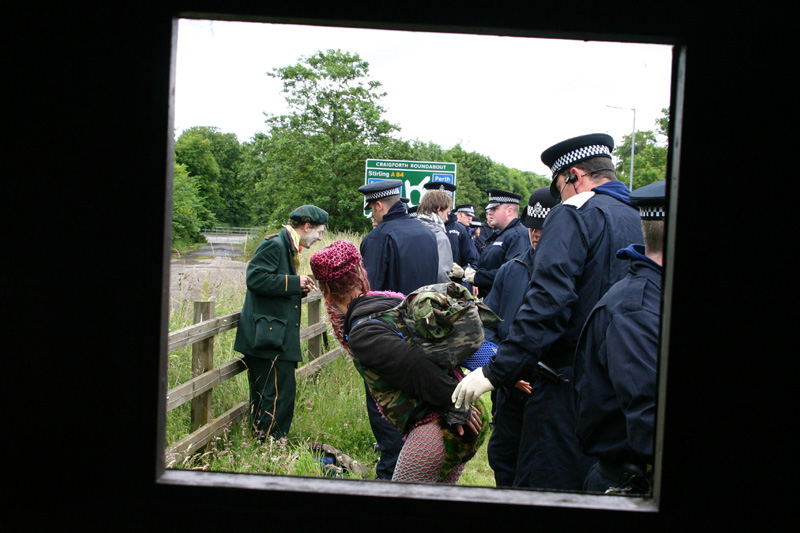 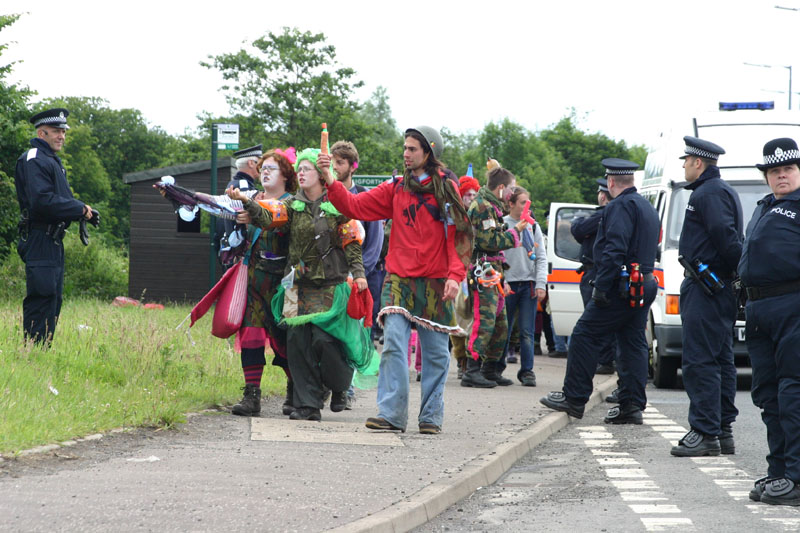 No arrestation all are free 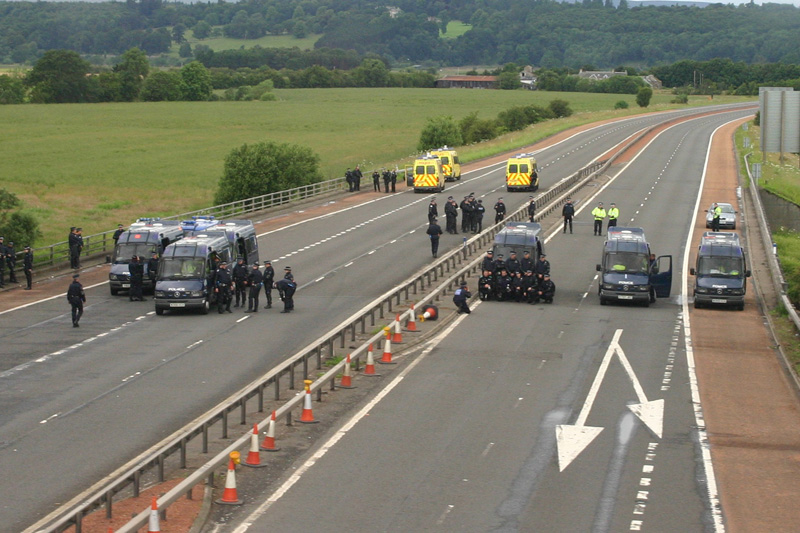 Police on the M9

Blockade near Stirling on the M9 by 3 Affinity group and the "Brigade Belge" of the clown Army.

After 30 minutes of the blockade with the police in front of us the Riot Police came and prepare. The activiste leav the autoroute for not being arrested. And call the "Clown Army bus" for move to an other action

When they delibarate in a meeting, sudently 80 policeman came in cars and encircled all the activists.

They said we are on "Section 60", they take identity of all, filming all and search arms. No body was arrested.