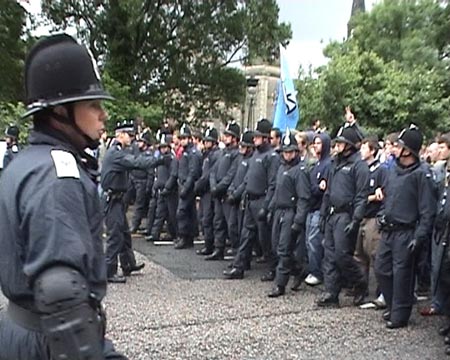 Police walking with the march. 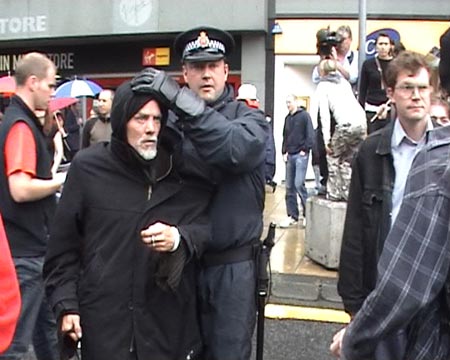 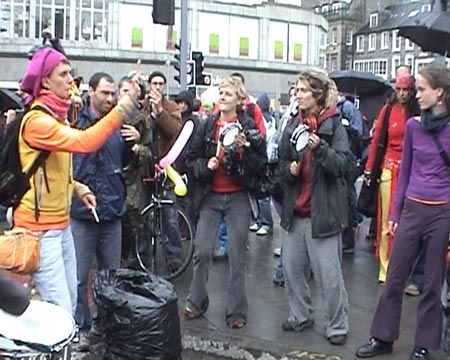 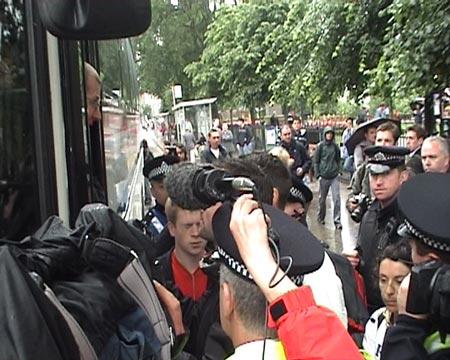 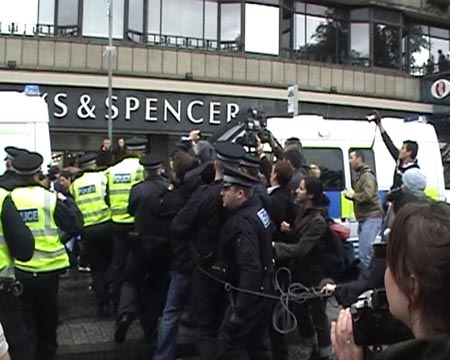 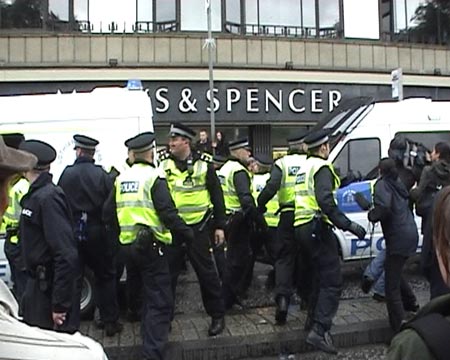 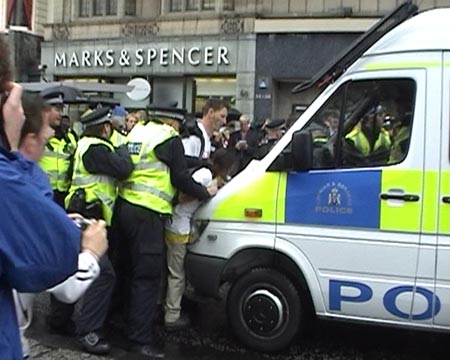 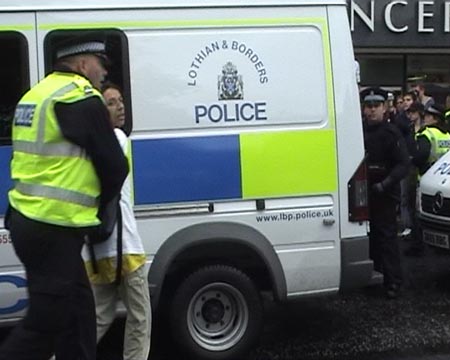 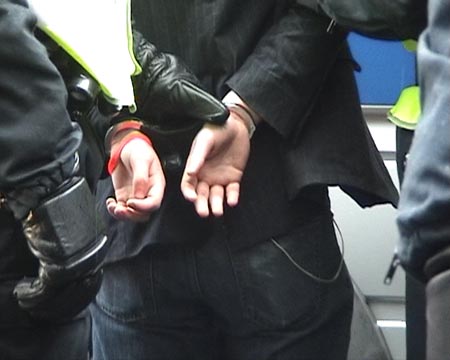 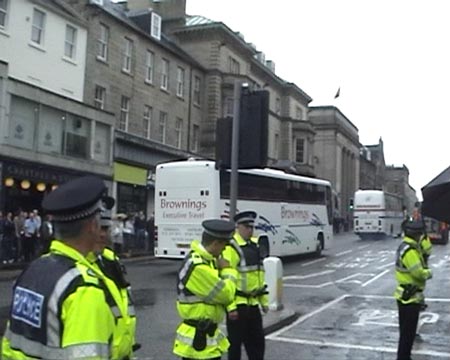 About 700 or so people who were meant to go to Gleneagles did not end up going - for what exact reason this was unclear. About 200 other people were waiting to leave on four coaches, but could not, possibly due to Police traffic restrictions. The main body of G8Alternatives people instead marched West down Princes Street, then turned around and marched back East. The march was corralled by Police all the way, and the demonstrators are not (and probably wont) attempting to push the line. Up near 'The Mound', the march was stopped by the Police, and four 'spokespeople' from G8A stepped forward to discuss what was happening with the buses. The Police accompanied them up to the buses, then when they were walking to the last bus, the Police jumped in and snatched/arrested them. Not for any particular reason as far as I could see.

As of 3:30, the march was still in Princes Street, surrounded by Police. Mood was noisy but peaceful. Very little chance of confrontation IMO. A small samba band had started up outside the Police cordon, but they were not allowed join the main body of protestors. The four buses finally left the scene, to rounds of applause from bystanders.