Report from the demo at Dungavel Detention Centre near Glasgow. 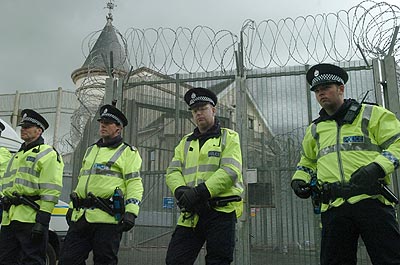 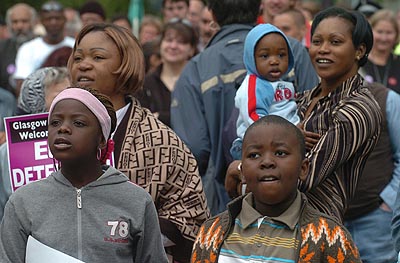 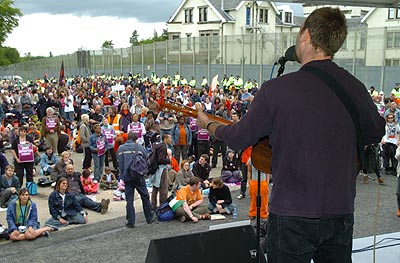 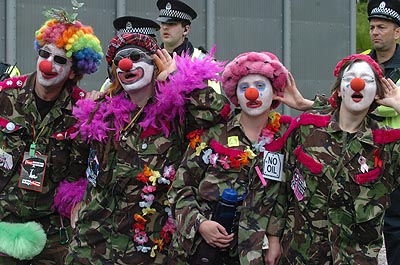 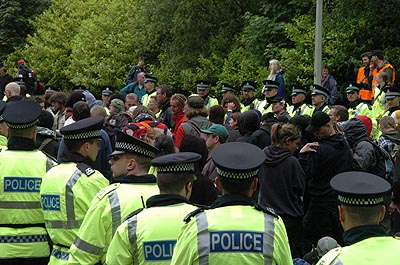 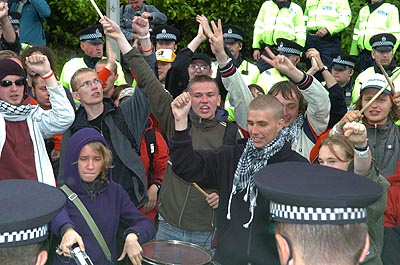 Party in the pen. 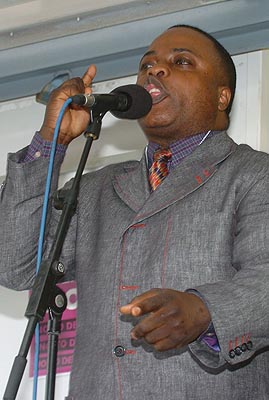 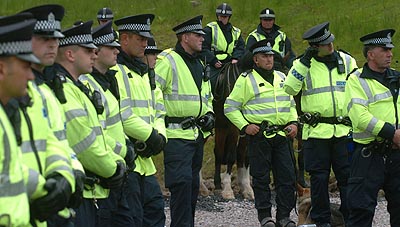 All dressed up and nothing to do 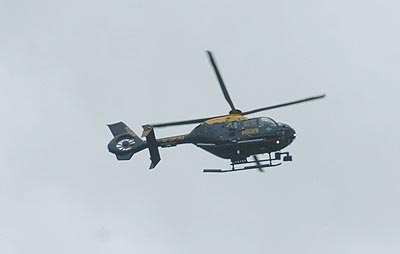 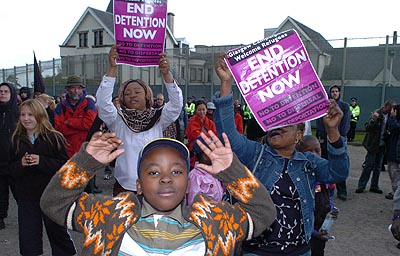 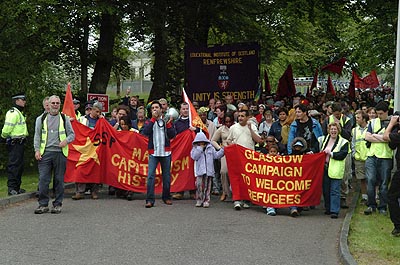 Today there was a mobilization at the Dungavel Detention Centre to protest about the border policies of the G8. Speeches were heard from Heidi Guilliani, Trevor Ngwami, and various anti racism/border campaigners. Music was provided by the extremely talented Mr David Rovics. The Police presence was ridiculously heavy considering that this was never billed as a confrontation. Protesters were searched on their way in and hundreds of very bored plods stood around all day with nothing to do. At one point a truly pointless cordon was thrown around some arriving protesters who did not let their detention dampen their spirits.

The organizers decided at the end that it was best for everyone to leave for the coaches together so a short march ended the proceedings. Well done to the organizers.

It seems that the authorities were so worried about the demo that they moved all the detainees out of the building which must have cost a fortune. The Woomara legacy lives on…

STOP PRESS: DAVID ROVICS WILL BE PLAYING A FULL SET AT A FREE GIG AT THE FOREST CAFÉ downstairs from the INDYMEDIA CENTRE. 8.30pm