Demonstrators attempt to disrupt the G8 meeting by blockading motorway near Stirling. 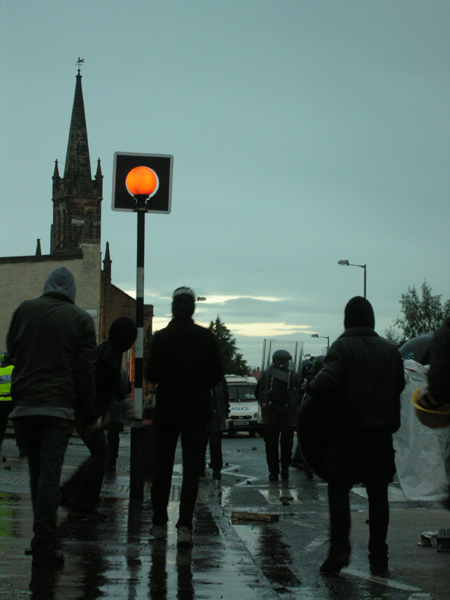 Protestors making their way toward the M9 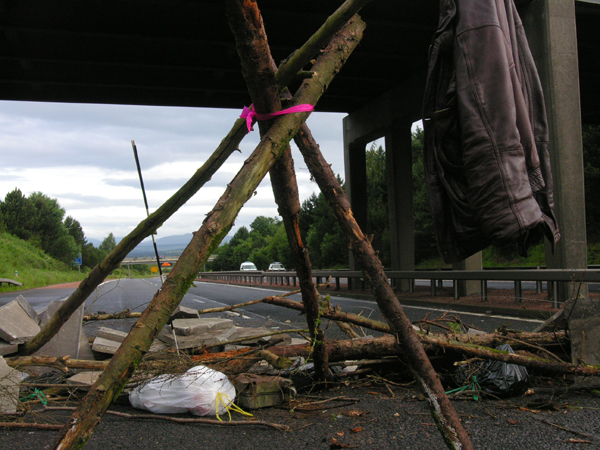 A road blockade on the M9 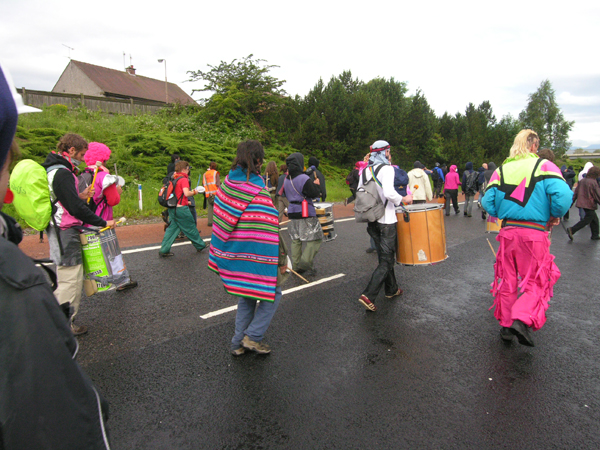 Samba band adds colour and music to the blockade group 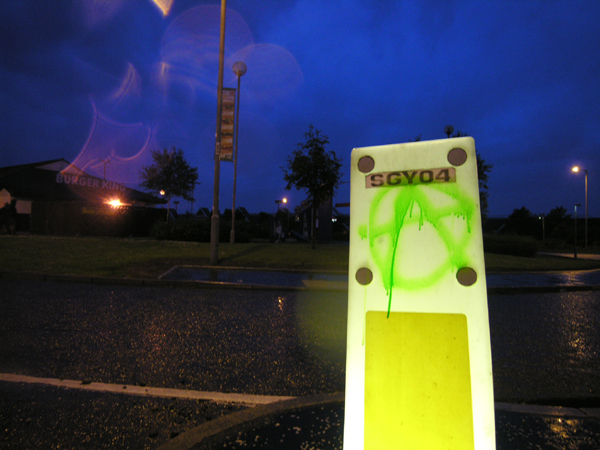 Protesting began in the early hours of the morning

Several hundred demonstrators attempted to blockade the M9 motorway to disrupt traffic to teh Gleneagles site where the G8 meeting was scheduled to begin this morning.

After marching through the outskirts of Stirling and evading police by walking cross country through fields and parks, several groups of protestors, including anarchist black blocs and colouful samba bands, reached the M9 before 7am and proceeded to create a series of barricades. Traffic was blockaded for nearly one hour and the combination of static and rolling barricades resulted in a large scale police response. Evidently the roadway remained closed for at least another hour after the blockades were removed by riot police.

This action coincided with numerous blockades and other actions on several roads around Gleneagles and further afield which collectively resulted in massive disruption to traffic toward the conference location. Demonstrators hailed the success of the blockading tactics which involved thousands of people operating in large and small groups across the countryside.