Here there are two photos of the Gleneagles blockade by the 'Kids Block' and their supporters, which included a batallion of the CIRCA, a samba band, around 30 vehicles including a double deck bus, and about 300 protestors. 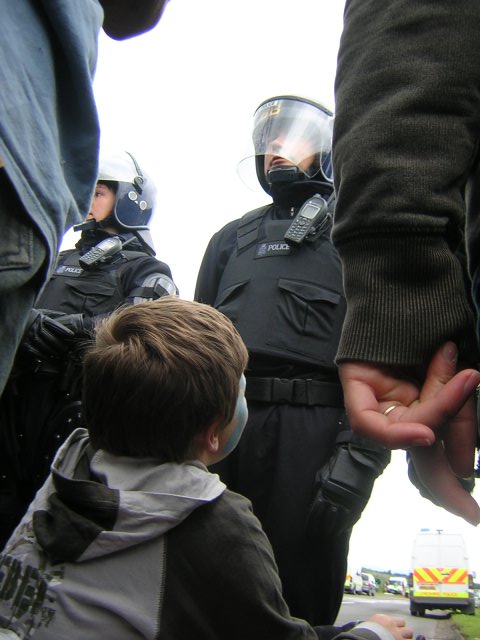 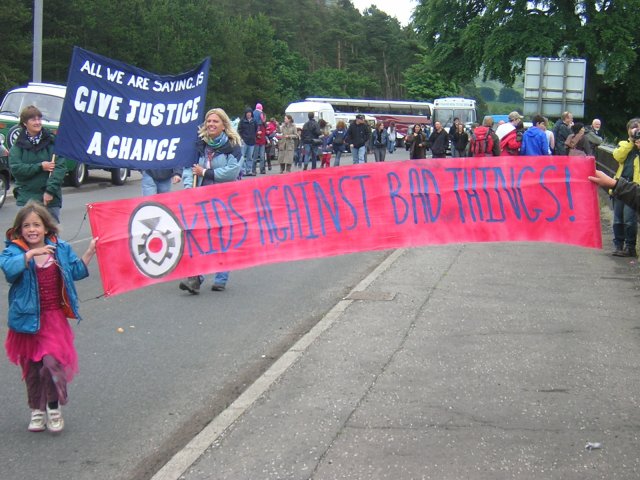 The blockade took place on the bridge of the A823 road over the A9 motorway, which is at a walking distance from the gates of the Gleneagles hotel.

The 'Kids Block' convoy of vehicles, that departed from the Hori-Zone eco-village at mid morning, spent several hours roaming the roads of the area surrounding the Gleneagles hotel at a very slow pace, effectively becoming a mobile blockade.

The double deck bus at the front of the convoy eventually stopped at the bridge, where it met seveal lines of riot police and an increasing number of police vans. The athmosphere of the blockade was festive at all times even if the police quickly announced that they would not allow people to stay in the bridge. In the event protestors maintaned the blockade for a few hours helped by the sounds of samba drumming, music from portable sound systems, as well as the CIRCA carrying out their usual operations.

As the blockade proceeded, more and more people joined the action, mainly groups of protesters that arrived on bypassing the numerous police road blocks.