Police lines at the gates of Gleneagles (photos) 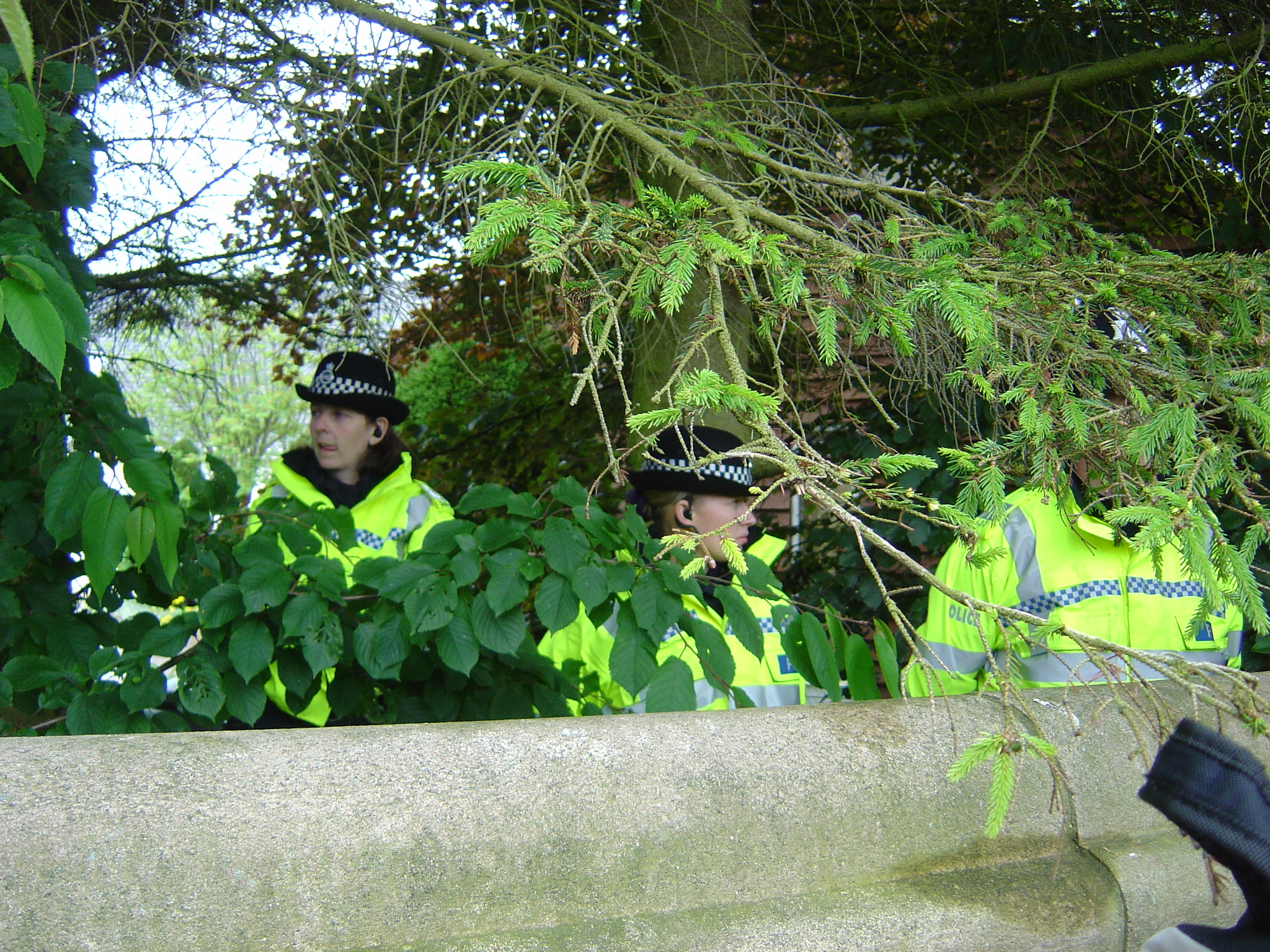 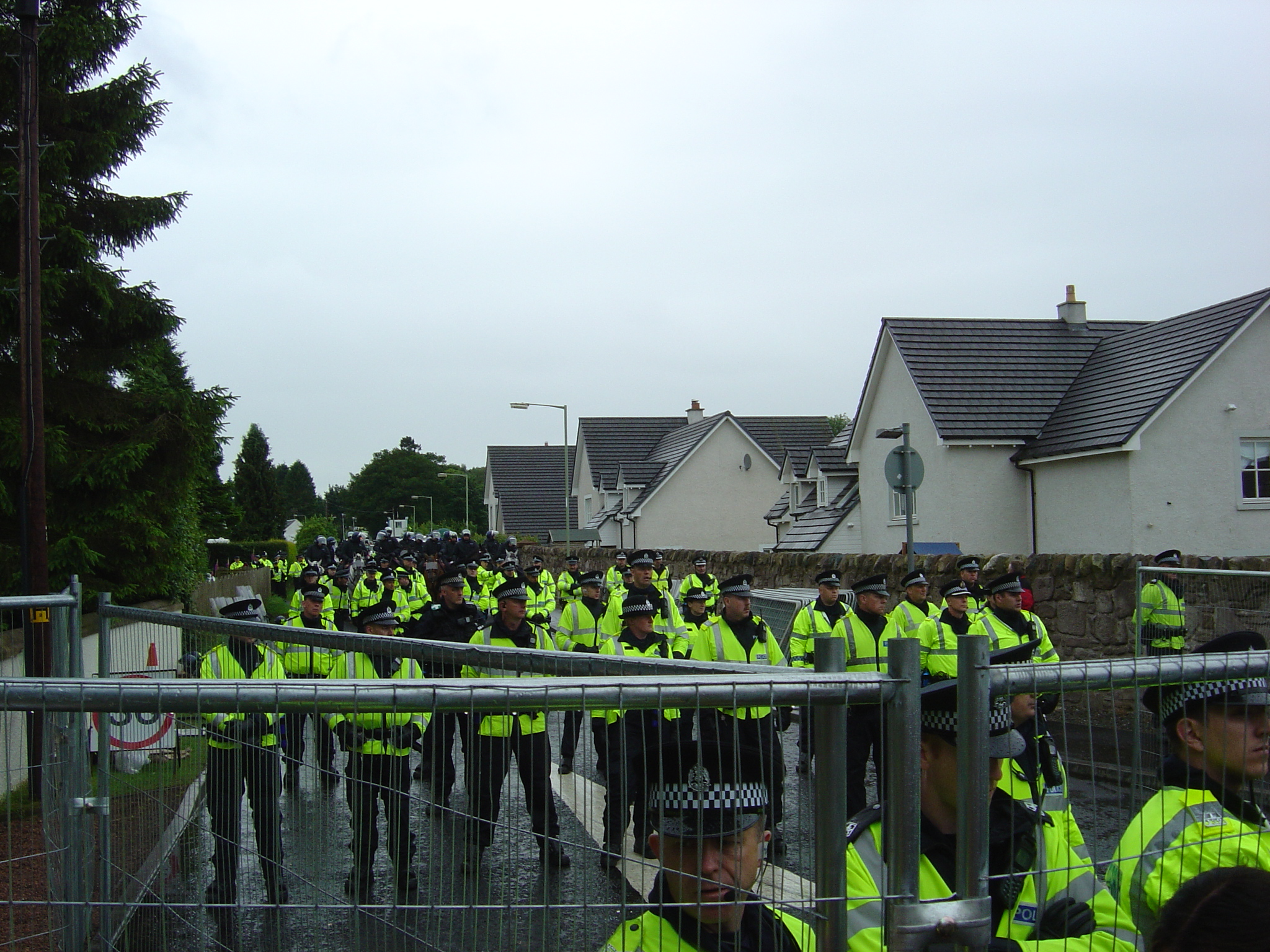 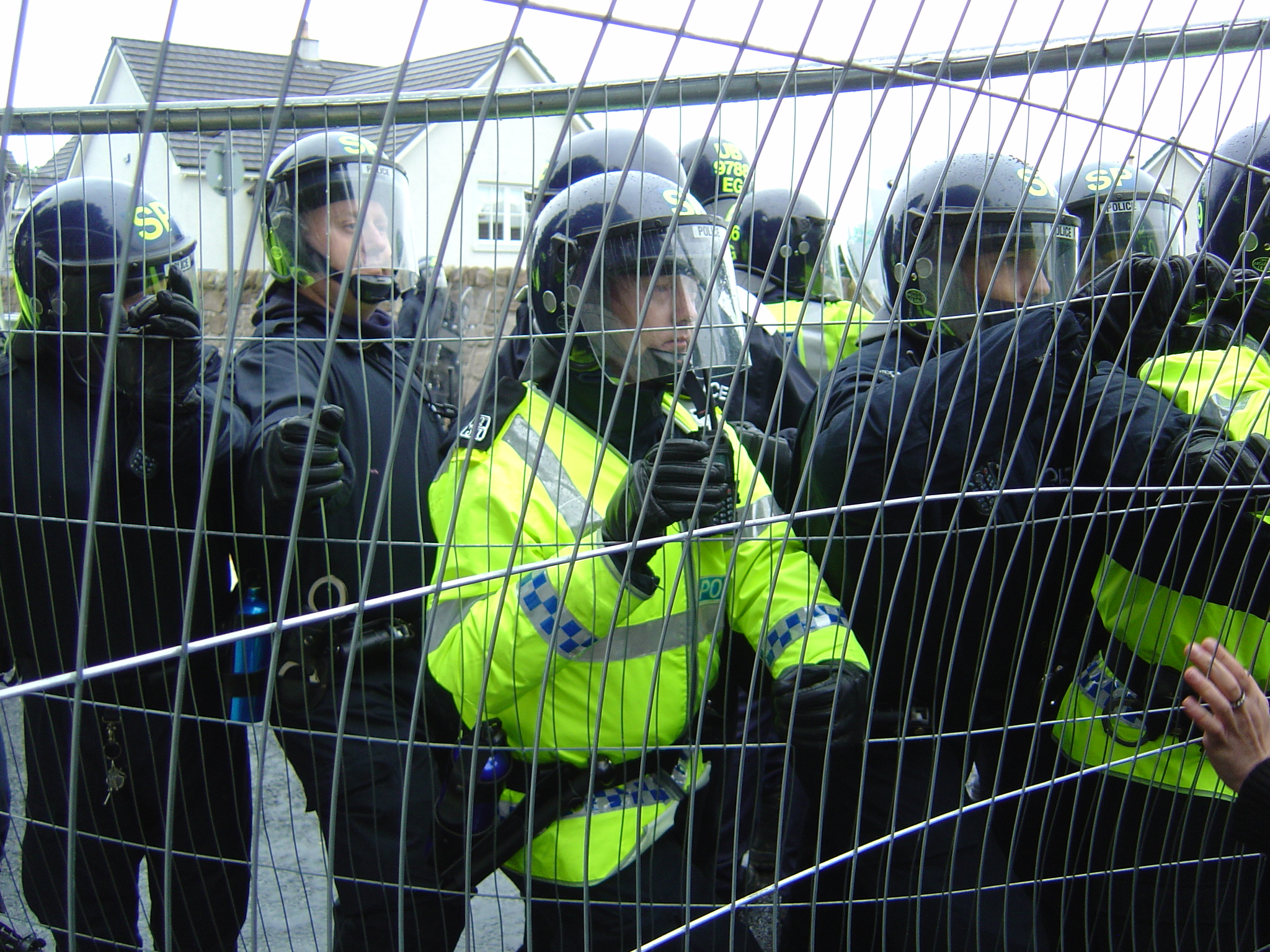 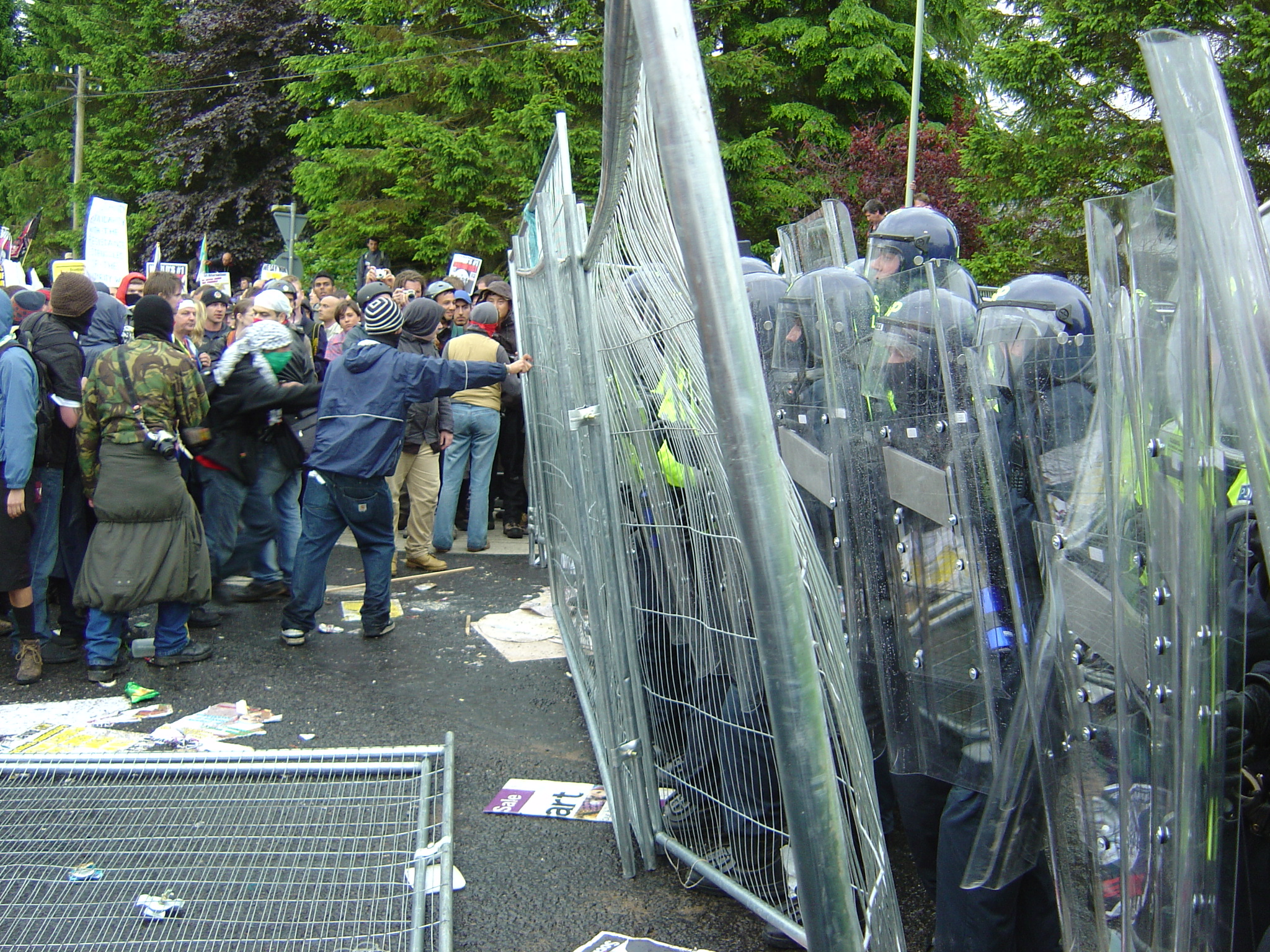 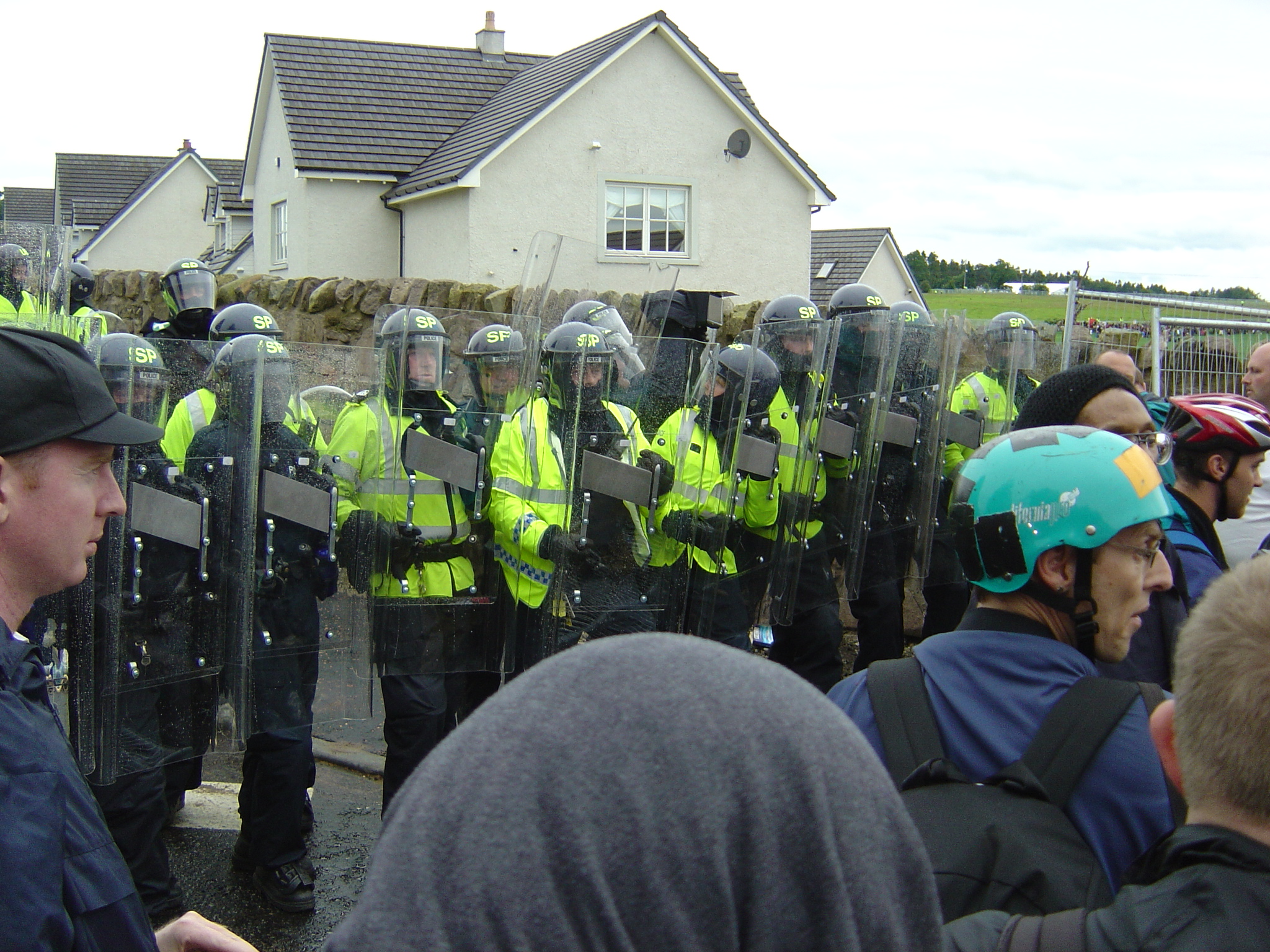 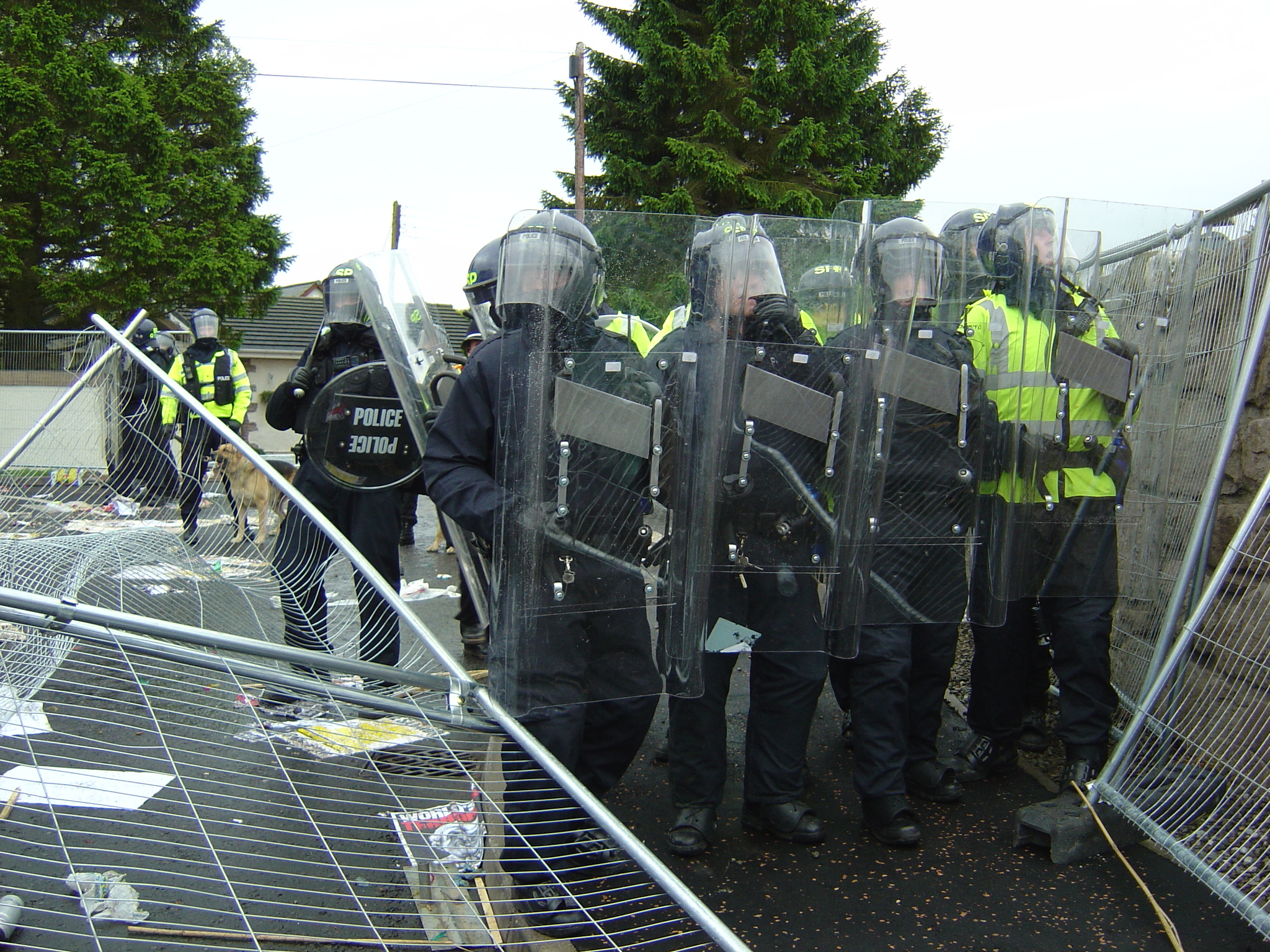 The UK's finest were out in force today (on the right side of the fence), alongside citizens from around the world concerned about the effects of the pervasive ideology advocated by 'eight men in a room' and the corporations they represent.
With a degree in orienteering, it was just about possible to find the tiny B-road into Auchterarder that had not been cordoned off and to march to the tune of the rebel clown insurgent army along a pre-defined route.
Monitored continuously by global media companies and police surveillance teams, the inevitable flash point of the march was the blockade erected 500 metres from Gleneagles, reinforced by riot- and mounted- police. Once the flimsy, triangular formation of barriers had been ably dismantled by protestors and turned into a handy weapon, only a single line of riot shields separated the two sides. Efforts were made to deploy police polemicists to convince protestors of the error of their ways but no-one was convinced. It wasn’t long before the yellow coats came bursting between riot shields, emboldened by the reinforcements arriving from the skies (