On Thursday evening w passd by Stirling eco-camp site. The atmospher was calm and relaxed, with many people rcovering and having a drink.
Later on some kids had organised an actionassumingly to try to break through the police line with the Rbel Clown Army and with humour and laughter, but then gave up bcause of the huge dominance of the police and startd dancing and drumming instead aving a spontanous entrance party.. 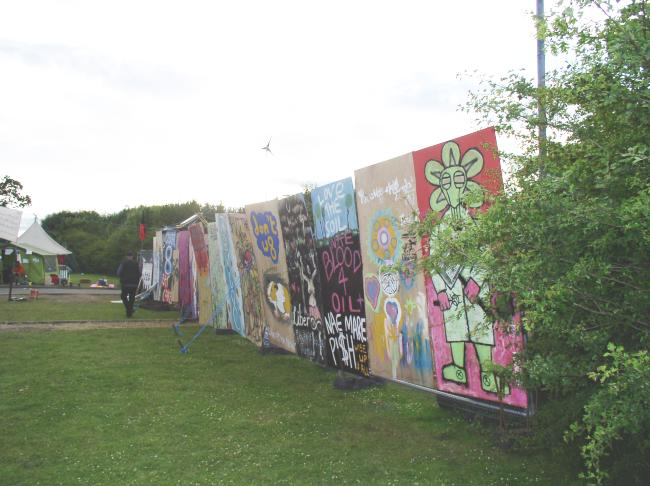 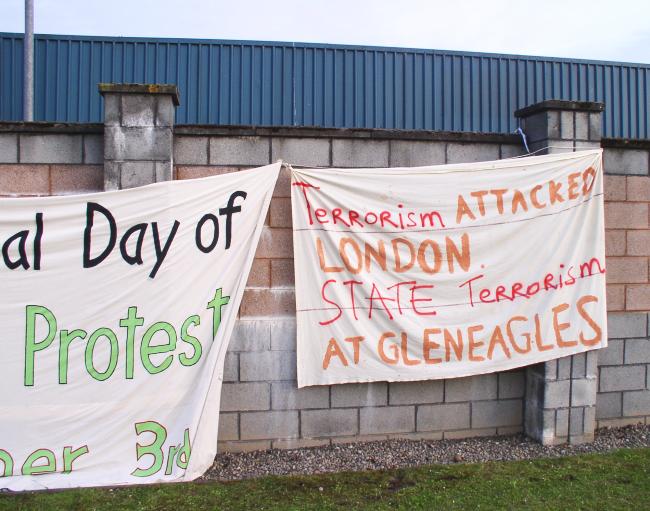 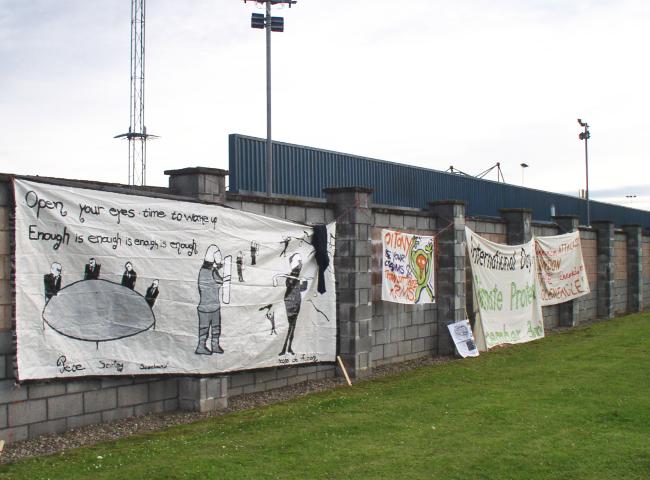 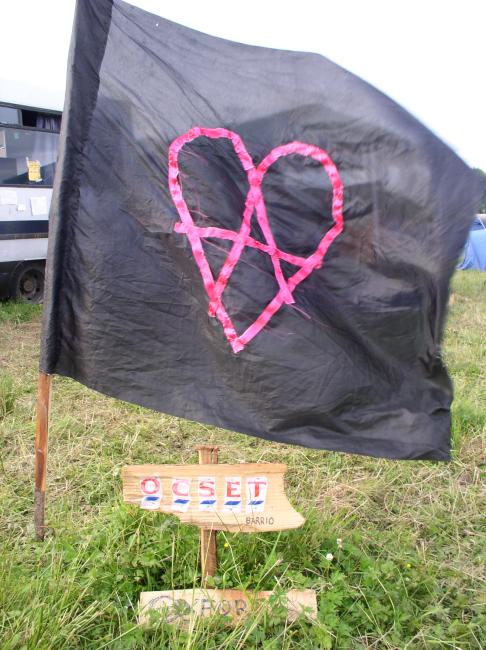 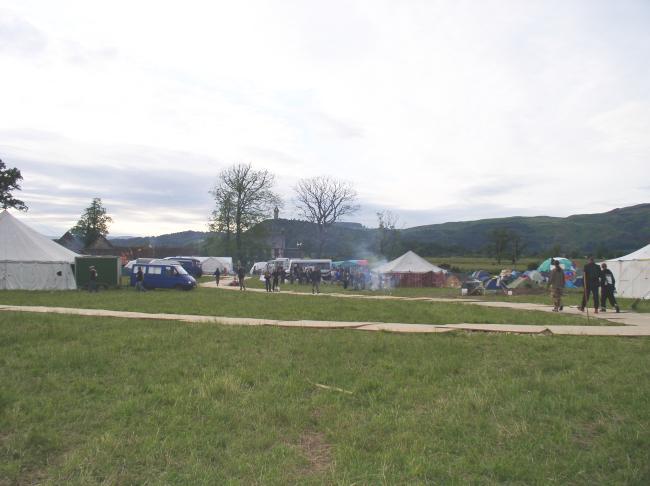 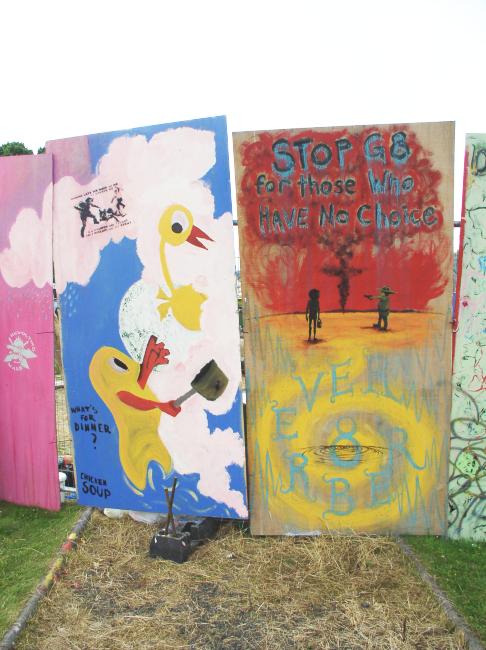 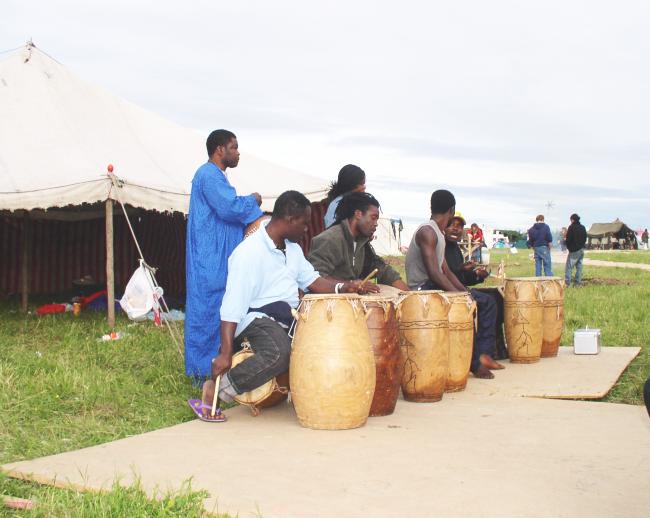 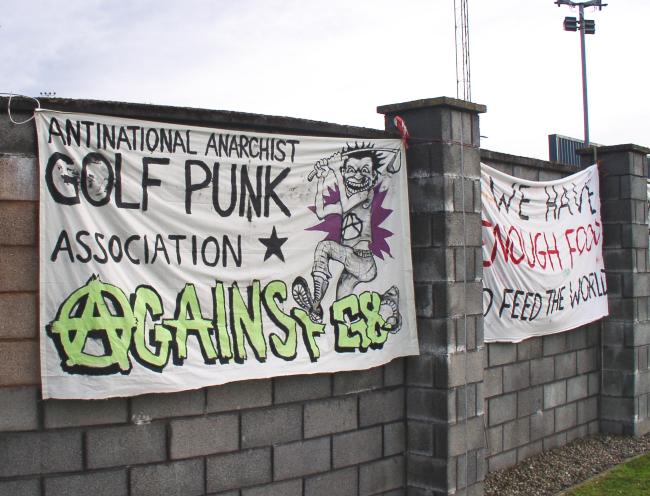 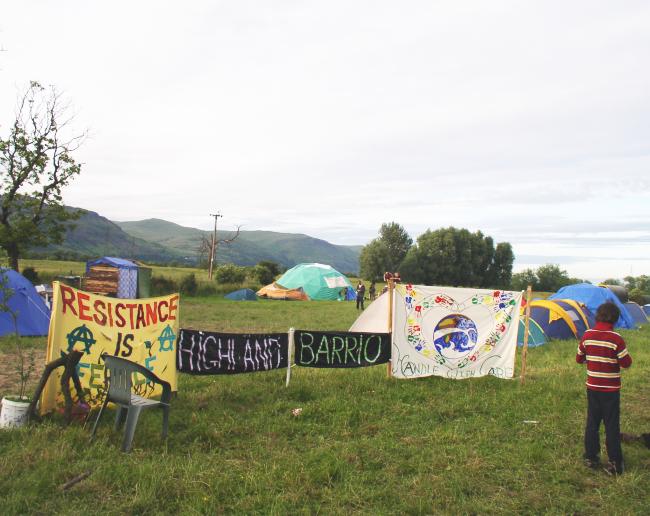 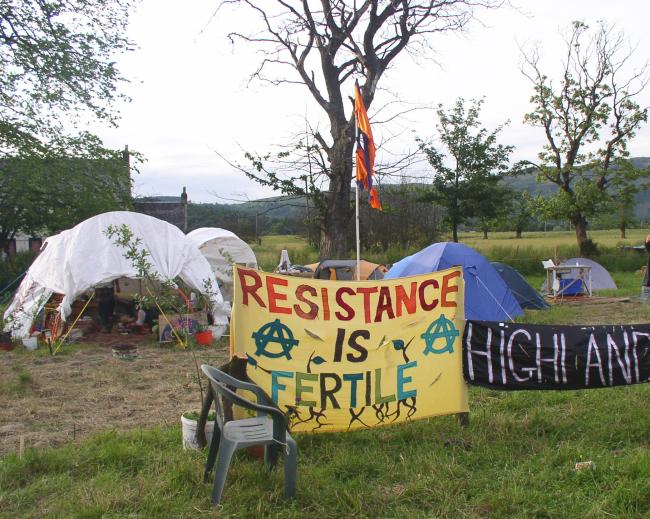 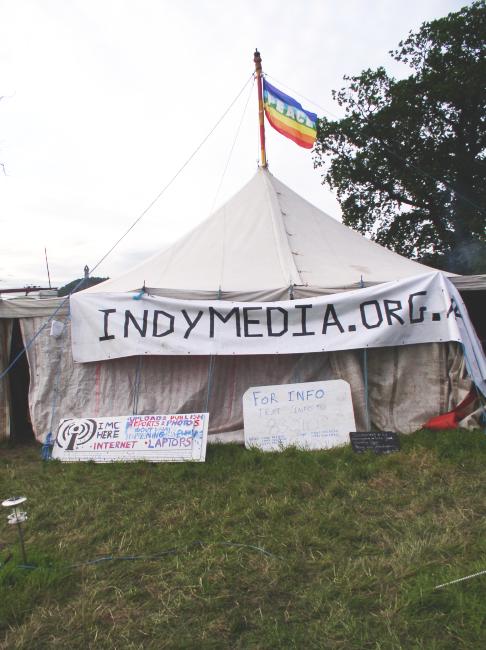 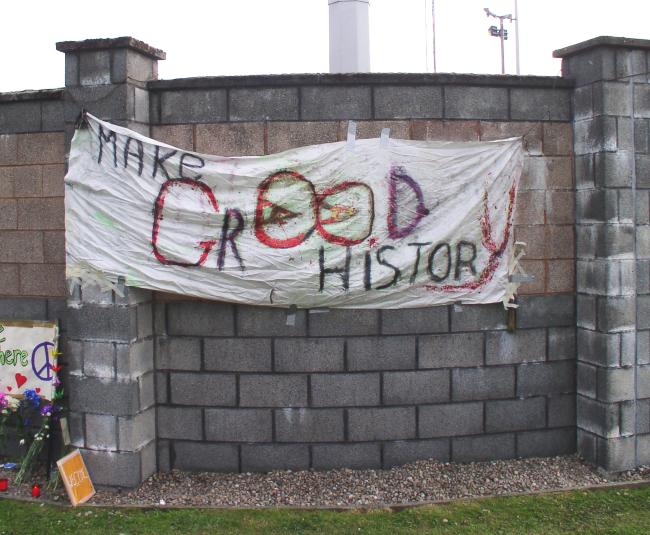 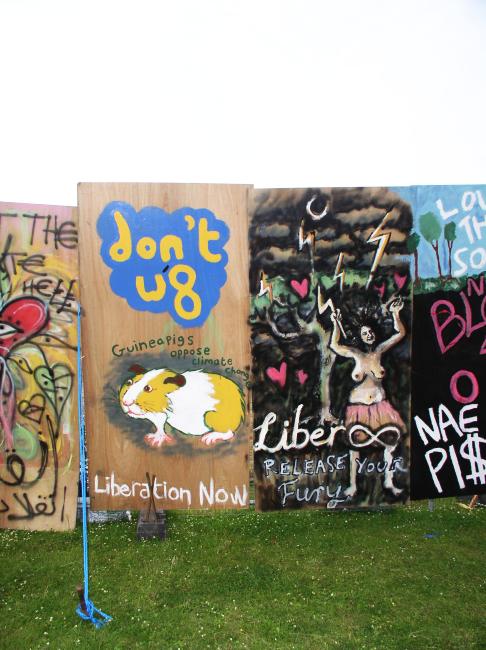 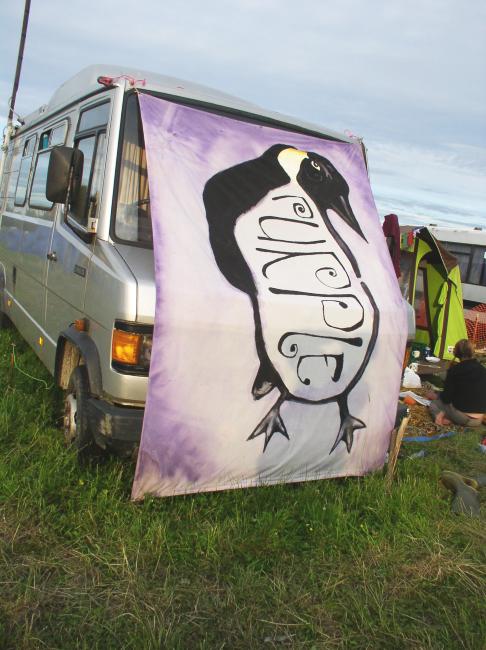 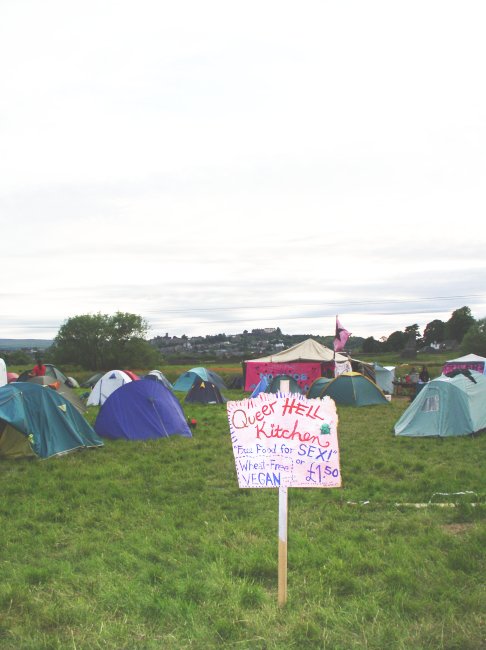 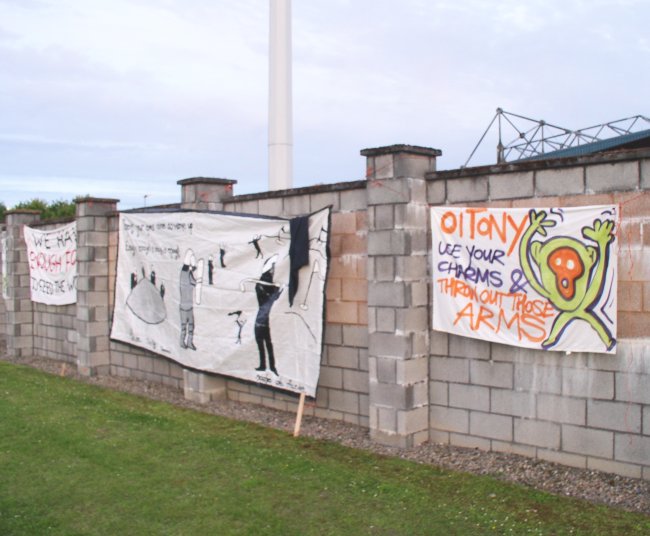 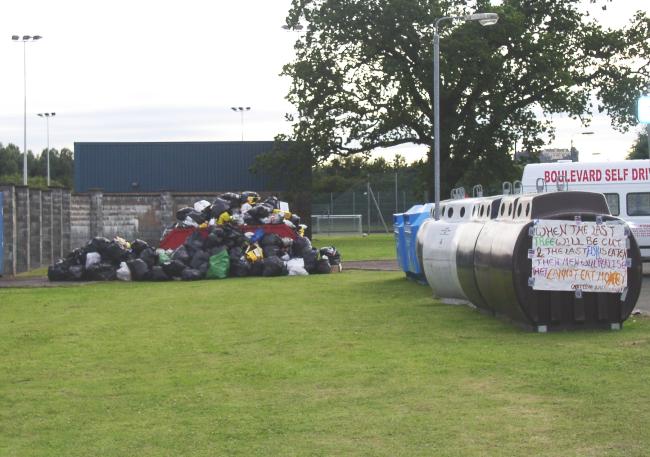 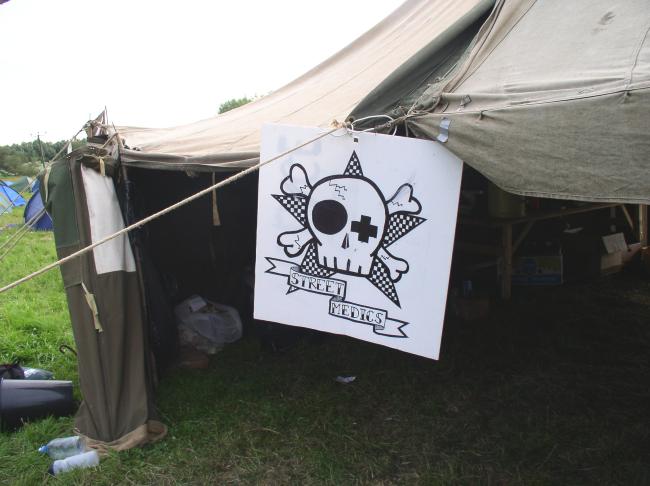 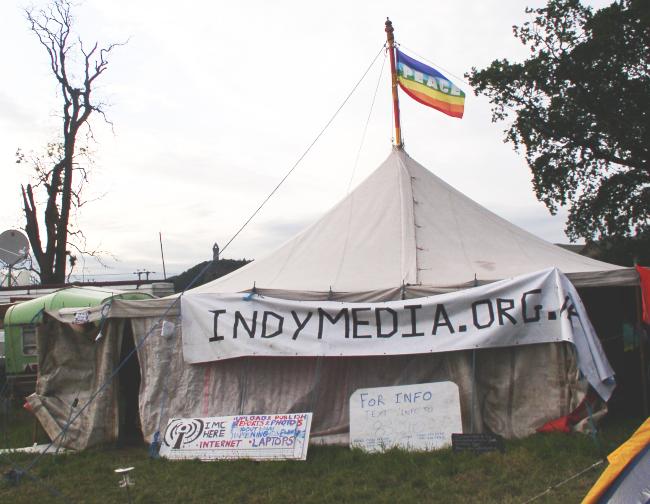