From 3.30 pm till 5pm a prisoner solidarity demonstration took place at Saughton Prison near Stenford Road in Edinburgh.

Only few people seemed to know about the "noise" demonstration, as it startet off with about 20 protesters, swelling the numbrs to about a hundred people and one dog in the end.

The whole atmosphere was very non-confrontational and the access road was kept open all th times so visitors could still proceed to see inmates (?) during the assembly. 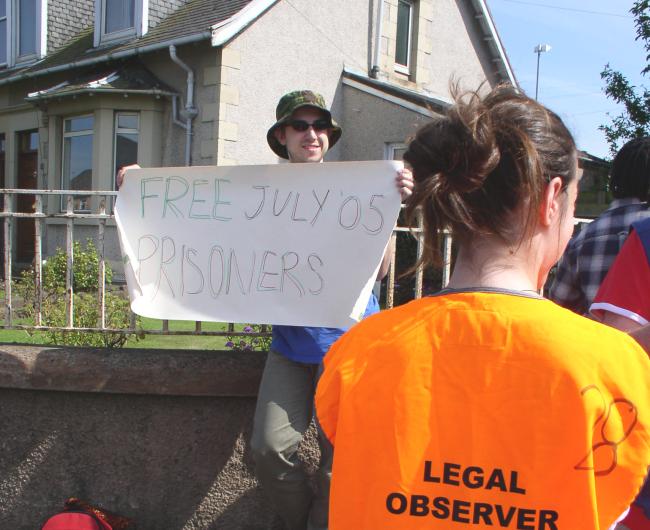 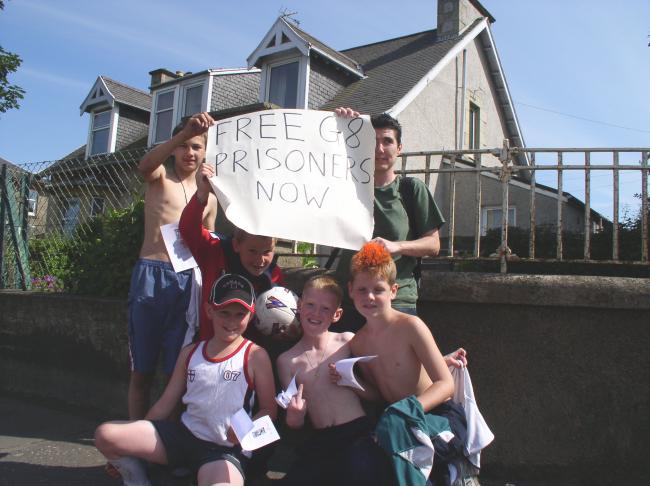 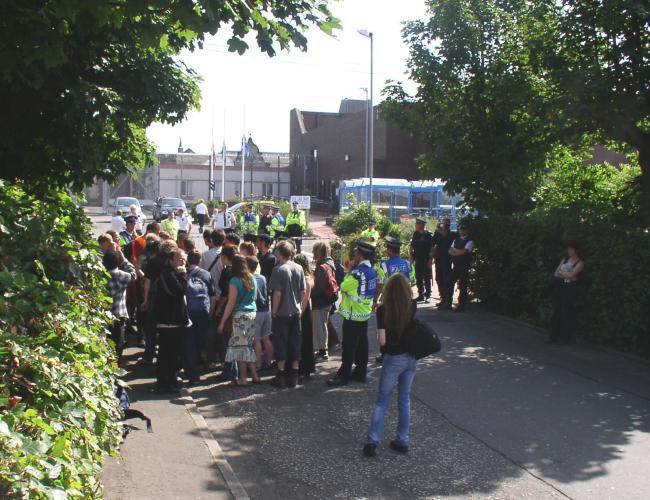 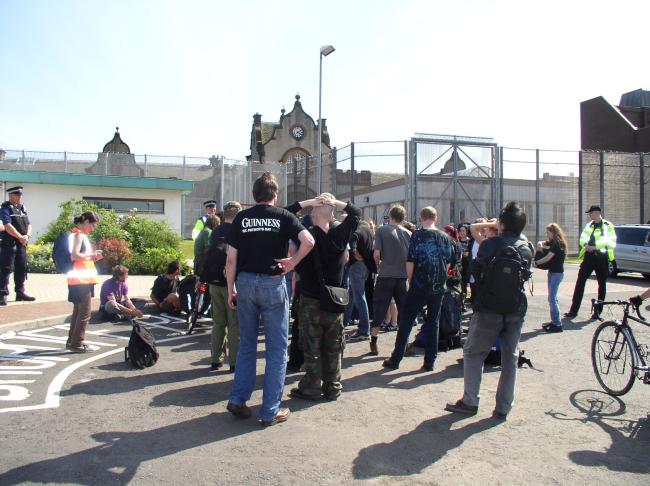 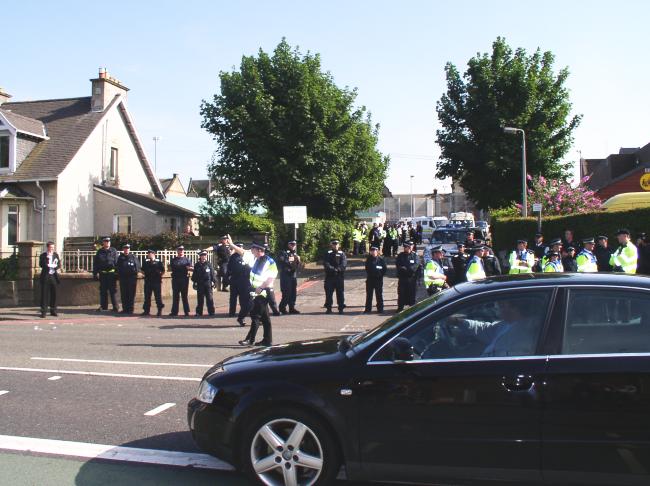 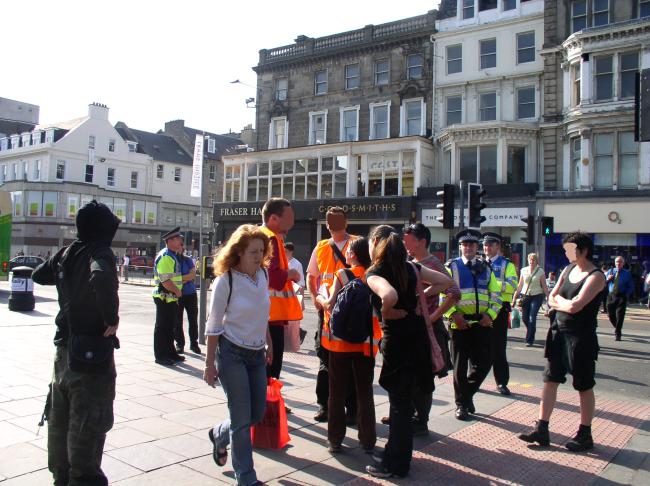 a group of policemen seemed to feel attached to one protester

At the start of the protest the people present discussd about the b=nature and the aims of the protest. Whilst the plan was to ave a loud and supportive noise demo, ardly anybody brougt any instruments and te expected samba band never turned up.

There were no banners and only 2 placards made out of wallpaper roll, but in the end it was still agreed that the assembly would negotiate with police and also stay as non-confrontational as possible.
The local kids were keen to be involved and photographed too.

A videographer of the police was also present, filming away. The FIT team cam later. At the start ther were about 20 protesters and 10 policemen, but at the end it seemed to be more likely something like 100 protesters and 50-60 policemen, more arriving in vans.

After a while, the group was allowed from the access road onto the parking space and given till 5pm to make their point as the present sergeant (?) imposed section 14 on the protest, which allows restrictions if there might be a danger of severe disturbances on the community or something like that.

So we were not allowed to enter the pavement or some invisible line at the parking space. And the time restriction was 5pm.
It was quite hot and sunny, and some slogans wer shouted in various languages and with various interpretations.
Some people used their keys and pots and mugs to create some noise whilst others were howling.

At about 5 pm a dark clothed, sinister looking police reinforcement group rushed into the parking space and was eagerly keen to push people out if they did not leav quick enough.

Legal observers were present during the whole protest and translated some legal paragraphs and statement into ordinary understandable phrases.