The bridge party report and pics.

Proof if it's needed that when the cops adopt a rational approach people are quite capable of enjoying themselves without any aggro. 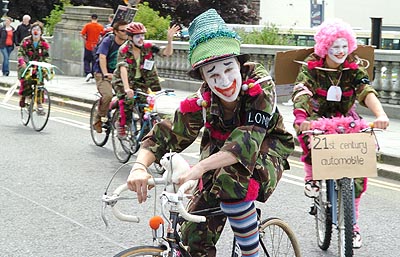 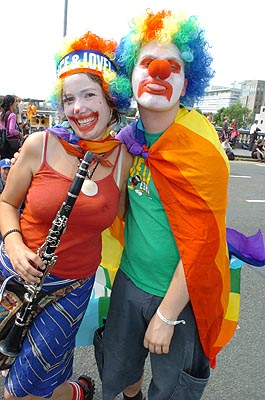 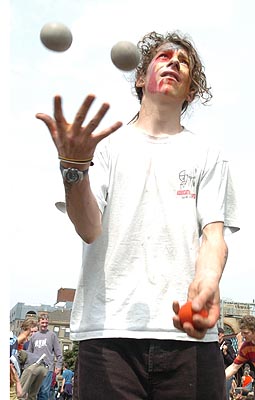 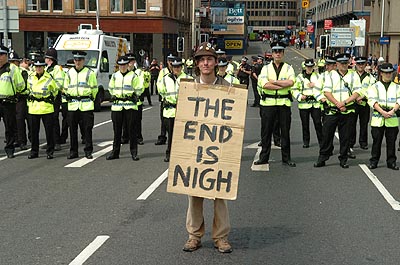 Planet is definately getting hotter. 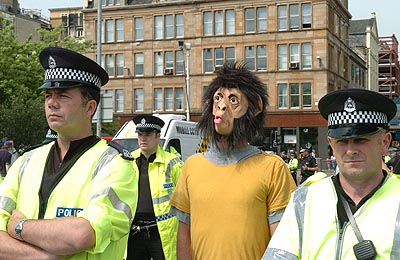 Planet of the apes. 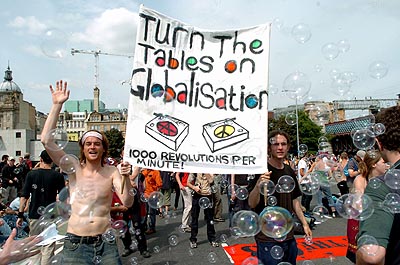 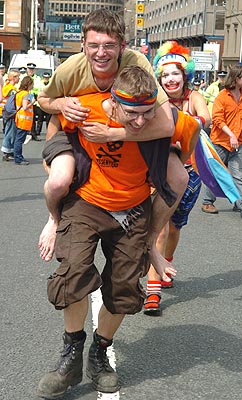 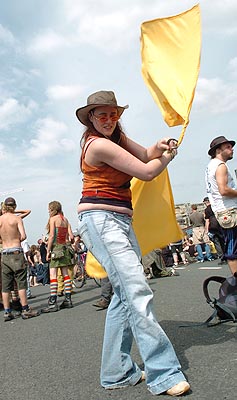 Well this certainly makes a change... 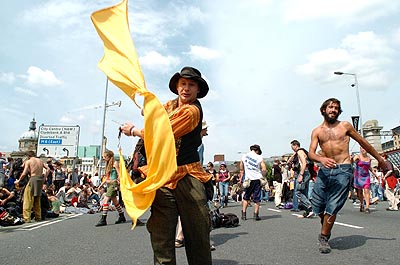 The Police had clearly been ordered to have a smiley softly, softly approach and without the MET there to wind things up thats exactly what happened. They kept their distance allowing the demonstrators to take the bridge and dance and party and juggle and laugh and do all the things that used to happen pre J18. Kids made chalk murals. Locals played football. A drumming band and a small sound system provided the music. At one point a very drunk individual with obvious mental health issue through a bottle of wine near some people and he was calmly escorted out without any involvement of the plods.

It has to be said that the demo wasn't very political and aside from a few banners and the scorching weather you would never have known that climate change was the issue. All in all it was a relaxed way to wind down after a hectic week and any confrontation after the events in London the day before would have seemed totally inappropriate. The bridge bit was fun.